These YA book mothers raised our favorite heroes and deserve recognition 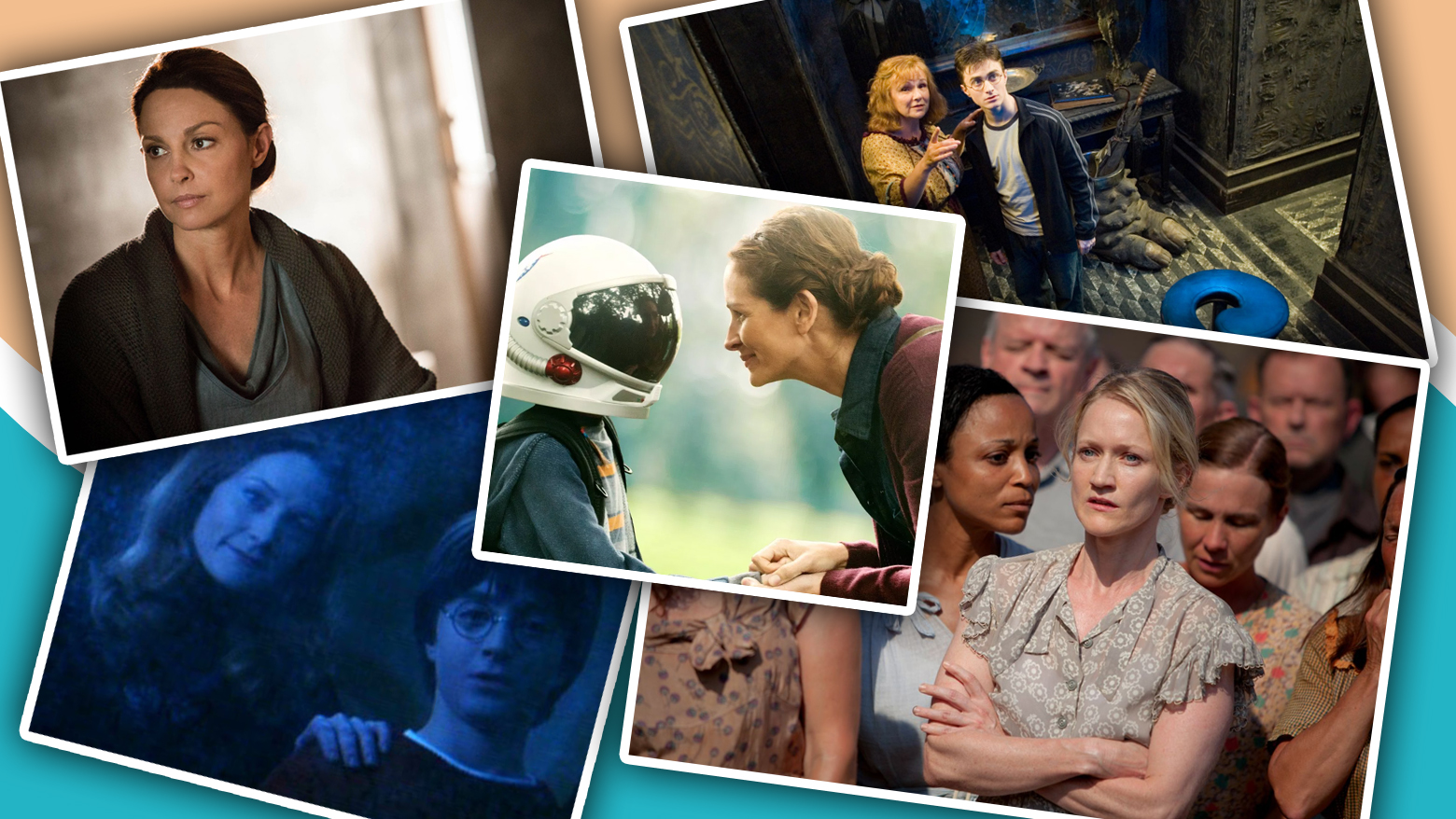 We’re wishing our favorite YA book moms a Happy Mother’s Day this weekend! 💕

We spend a lot of time with YA heroes, but what about the moms who raised them? This weekend, as we celebrate our own mothers and mother role-models, we also take a look at our favorite — and the most famous — YA book mothers.

Julie Walters as Molly Weasley in Harry Potter and the Deathly Hallows as she defeats Bellatrix Lestrange. (Warner Bros.)

Obviously! As the mother of seven children (why??) Molly deserves a vacation every now and then. We all know Fred and George kept her plenty busy and she became a second mom to Harry Potter when he and Ron became best friends. BUT let’s not forget her enraged defeat of Bellatrix Lestrange after she attempts to kill Ginny! She’s ultimately the greatest YA mother ever written (although I might be a bit biased as I dreamed of one day being Mrs. Ron Weasley myself).

Ashley Judd as Natalie Prior in ‘Divergent.’ (Summit Entertainment)

At first, we’re not sure how to feel about the Abnegation parents (with all the rumors spreading in Dauntless). But throughout the trilogy, Natalie proves to know more than she has ever let on. As her secrets are revealed, Tris grows more determined to end the factions and even grows closer to her mother in her absence than in the 16 years she lived with her. Like mother, like daughter.

Paula Malcomson as Katniss’ mother in The Hunger Games during the reaping (Lionsgate).

Through Katniss’ eyes, we find out that her mother went into depression when their father died, leaving Katniss as the homemaker. It seems that when Katniss returns home after the Hunger Games, and even as the revolution begins to take place, Mrs. Everdeen becomes overly involved as a nurse. With the limited time we get with Mrs. Everdeen, we still see her personal growth throughout the trilogy. While she’s had to heavily rely on Katniss, that has never negated how much she loves and cares for her daughters.

Maxim Roy and Katherine McNamara as Jocelyn and Clary Fairchild (a.k.a Fray) in Shadowhunters. (Constantin Film)

What mom is not overprotective of their 16-year-old in NYC — especially when that child is also the daughter of the worst Shadowhunter ever known? Jocelyn proves that the protection and love of her daughter has always come first, even if it means leaving behind the only world she’s ever known. Clary definitely got her courage from her mother, but Jocelyn shows her own warrior side soon enough in the series.

Harry Potter (Daniel Radcliffe) sees his mother Lily (Geraldine Somerville) and his father James (Adrian Rawlins) in the Mirror of Erised in ‘Harry Potter and the Sorcerer’s Stone.’ (Warner Bros.)

We’ve technically never met the Lily, other than in flashbacks and in ghost form. But we know that it was her love that ultimately saved Harry Potter, and that is the greatest gift of all from a mother and deserves our honorable mention.

Percy Jackson’s mom knew what she was doing when she married a mortal dude to save her son from the gods. Of course, Percy didn’t fully understand how protective she was actually being. Sally is fiercely independent and has a son who deeply cares for her and her happiness.

Maybe one of the more underrated mothers of YA, Isabel struggles with allowing the world to look after her son, while also trying to be present in her daughter’s life. Definitely one of our more realistic mothers (no magic or gods in the picture), she still protects her children with a fierceness that all our mothers embody.

We love our real life and YA mothers. Who has been your favorite YA book mom and why?