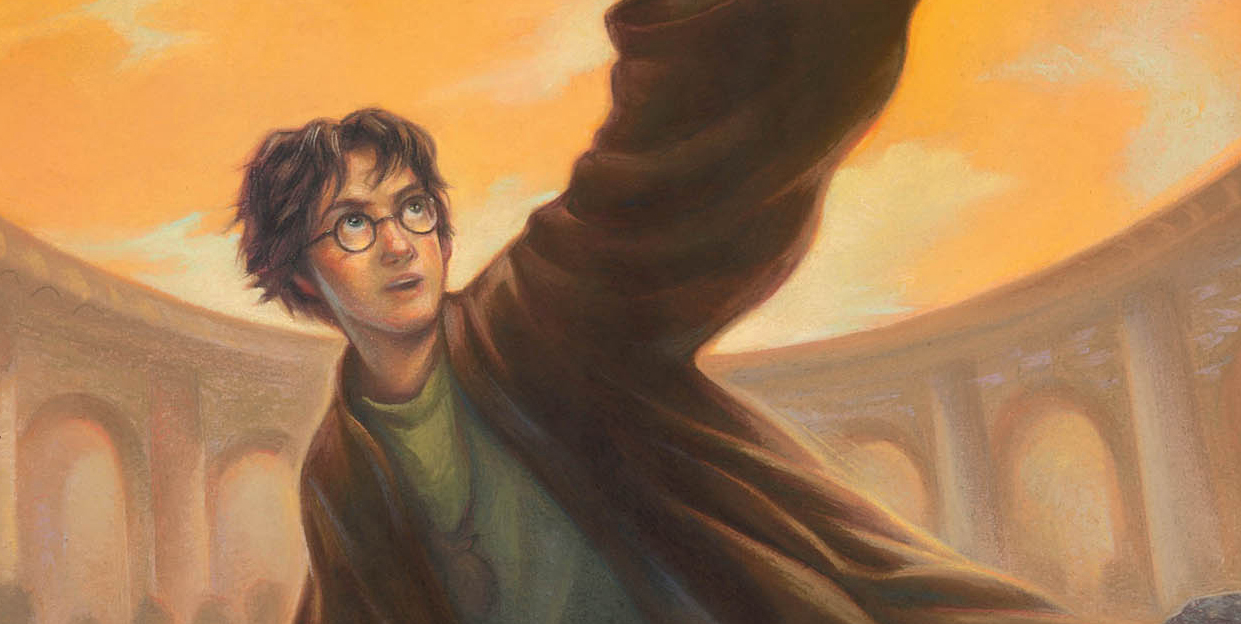 There hasn’t quite been anything like Harry Potter–and there probably never will be. Seven years ago today, readers across the world lined up in front of their favorite book stores for the release of a book.  Its first day of sales shattered records (which had been previously been set by its predecessor, Harry Potter and the […]

There hasn’t quite been anything like Harry Potter–and there probably never will be.

Seven years ago today, readers across the world lined up in front of their favorite book stores for the release of a book.  Its first day of sales shattered records (which had been previously been set by its predecessor, Harry Potter and the Half-Blood Prince).  Harry Potter and the Deathly Hallows sold 8.3 million copies in the United States and 2.65 million copies in the United Kingdom.  It was estimated that the book sold so quickly that 15 books were sold a second–a second.

The release of J.K. Rowling’s final installment in the Harry Potter series brought masses of people together for midnight release parties.  It was a phenomenon never seen before.  Sure, people had been lining up for movies and even concerts, but the thought of people partying to read?  That was groundbreaking.

Harry Potter and the Deathly Hallows was enthusiastically received.  “Maybe it’s the British prose,” wrote Stephen King, just days after the book’s release.  “It’s hard to resist the hypnotism of those calm and sensible voices, especially when they turn to make-believe. Rowling was always part of that straightforward storytelling tradition… J.K. Rowling has set the standard: It’s a high one, and God bless her for it.”

Fans reached the final pages of the book–the long-awaited Epilogue that Rowling had promised so many years earlier.  The cover was closed and the end had been given.

And a lot has happened since then.  In a sense, Harry Potter is the book that keeps giving.

When Deathly Hallows reached its film adaption, it set the trend of two-part finales that book-to-film adaptions seem so fond of.  Movies like ‘Breaking Dawn’, ‘Mockingjay’, ‘The Hobbit’, and even ‘Allegiant’ are and have been following in the footsteps of WB’s decision.

One of the greatest manners in which Harry Potter has lived on is in its theme park.  The Wizarding World of Harry Potter was announced before the release date of Deathly Hallows, on May 31, 2007.

The theme park, which was originally scheduled to open to the public in 2009, officially opened its doors on June 18, 2010.  Fans of the books were able to dive into the locations they had grown to love.  Hogwarts was finally a reality (in a manner of speaking), as was Hogsmeade and… butterbeer (yum!)  With the recent expansion of The Wizarding World, fans are now able to explore not just Hogwarts and Hogsmeade, but Diagon Alley and Gringotts as well.  For many, this is the closest they believe they’ll ever get to the books becoming reality.

And, of course, there’s J.K. Rowling.  The author hasn’t faded into the background since the release of Deathly Hallows.  On the contrary, Jo (as many affectionately call her) has been making headlines in the last few years.  Last year, a bombshell was dropped on the world when they learned that she had secretly published a mystery novel, The Cuckoo’s Calling.  The book, which shot straight to the best-seller charts within hours of the revelation, introduced Rowling’s most notable post-Potter character to date: Cormoran Strike.  Strike recently starred in her latest book, The Silkworm, and is expected to make several more returns in upcoming years.  A media frenzy also surrounded Rowling with the release of her first post-Potter novel, The Casual Vacancy, which was received with mixed reviews from Rowling fans and non-fans alike.

Seven years later, the Potterverse hasn’t quite died down.  Recently, the world rejoiced at an online short story written in the guise of Rita Skeeter which gave us a glimpse at Harry, Ron and Hermione as their present-day selves.  And fans are eagerly awaiting news on Rowling’s current project, the Harry Potter film spin-off, ‘Fantastic Beasts and Where to Find Them.’

So where does that bring everyone now?  Years after the final pages had been read, what is there to say about the Harry Potter craze that once knocked everyone off their broomsticks?  Was it a fad?  A phenomenon?  A lifestyle?

I think many would say that Harry Potter hasn’t died.  In fact, some have referred to its fan base as “the fandom that lived.”  Indeed, many agree that it wasn’t just a fad.  It wasn’t just the trendy thing to do.  The majority of fans who lined out of the bookstores seven years ago are adults now.  Yet even as their lives have moved on, many still think fondly back to the days of cloaks and wands.  For a few, it may be one of the things that bonds the interests of new and old readers of our age.  A new generation is being introduced to the story of the boy wizard who charmed the hearts of millions, not so much unlike the young readers of last decade.

Ask a 20-some-year-old what got them reading.  There’s a good chance Harry Potter will be mentioned somewhere in the conversation (and maybe also something about a missing letter).

And so, in that sense, Harry Potter has become–quite literally–the boy who lived.