The cloak comes off animatronic Hagrid at Wizarding World in Orlando 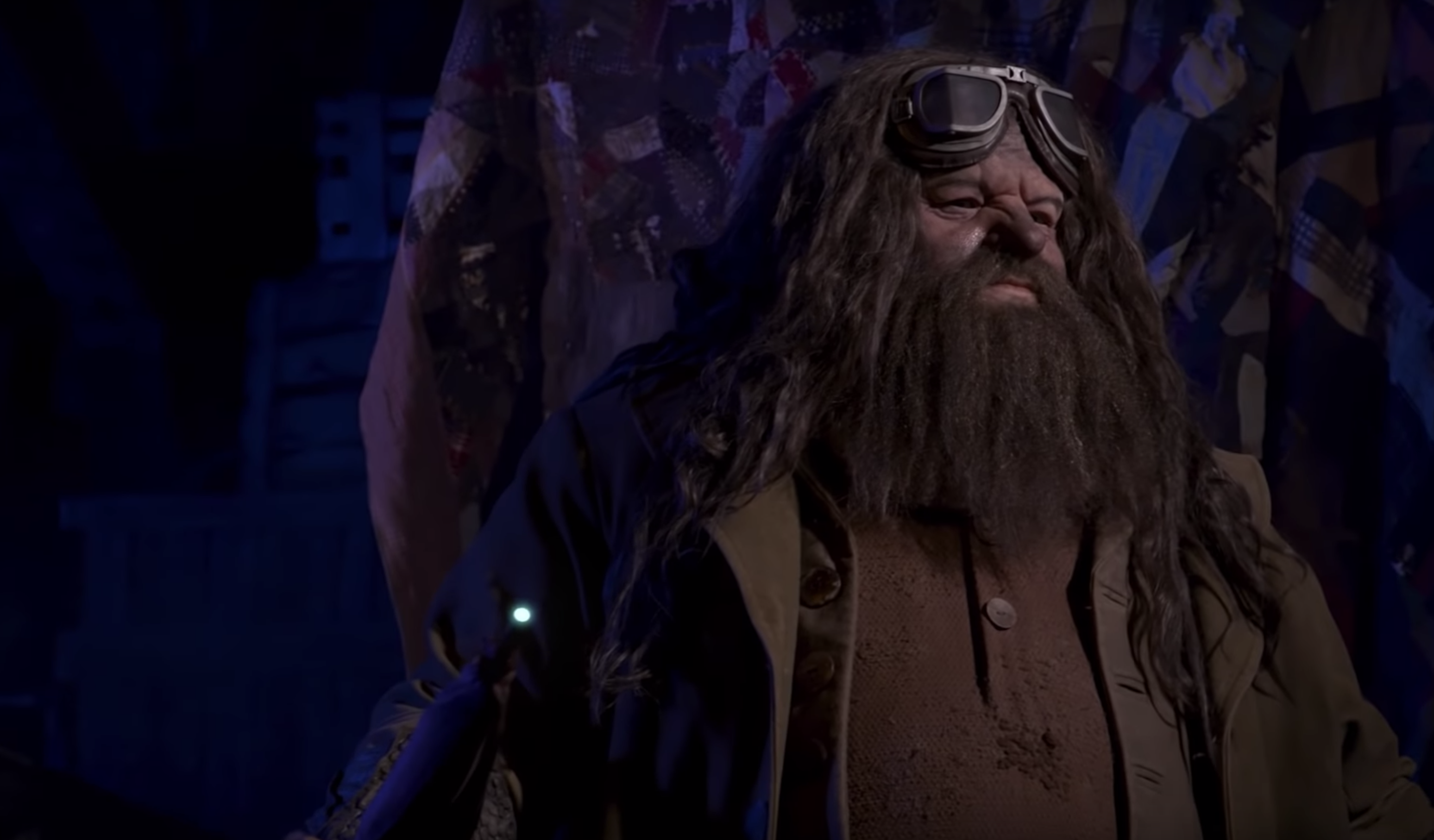 Animatronic of Rubeus Hagrid at the Wizarding World of Harry Potter in Orlando. (Universal Studios Orlando)

Fans of the Wizarding World theme parks, we’ve got news for you.

Tuesday morning, a sneak peek into the newest attraction at The Wizarding World of Harry Potter in Orlando, Florida was released to fans via a report from USA Today. The theme park’s official YouTube Channel released a 45-second video where fans can see an animatronic Hagrid, the protagonist of the new attraction, ‘Hagrid’s Magical Creatures Motorbike Adventure.’

In the video, we get our first glimpse of Hagrid, in nearly the same fashion as we did nearly 18 years ago, with his trademark bushy hair and beard along with his motorbike goggles and trusty pink “umbrella.” Only this time, rather than played by Robbie Coltrane, he’s an animatronic robot.

According to Universal Studios, the feedback from fans on the ride and Hagrid’s look has been mostly positive. Although there are a few fans who are hoping that a few improvements will be made before the ride officially opens this summer.

Check out the official video below and let us know what you think:

Will you be joining Hagrid on his adventures through the Forbidden Forest this summer? Which magical creatures are you hoping to see in the ride? Let us know your thoughts about this on our Facebook or on our Twitter!