Check out the new ‘Harry Potter and the Cursed Child’ cast! 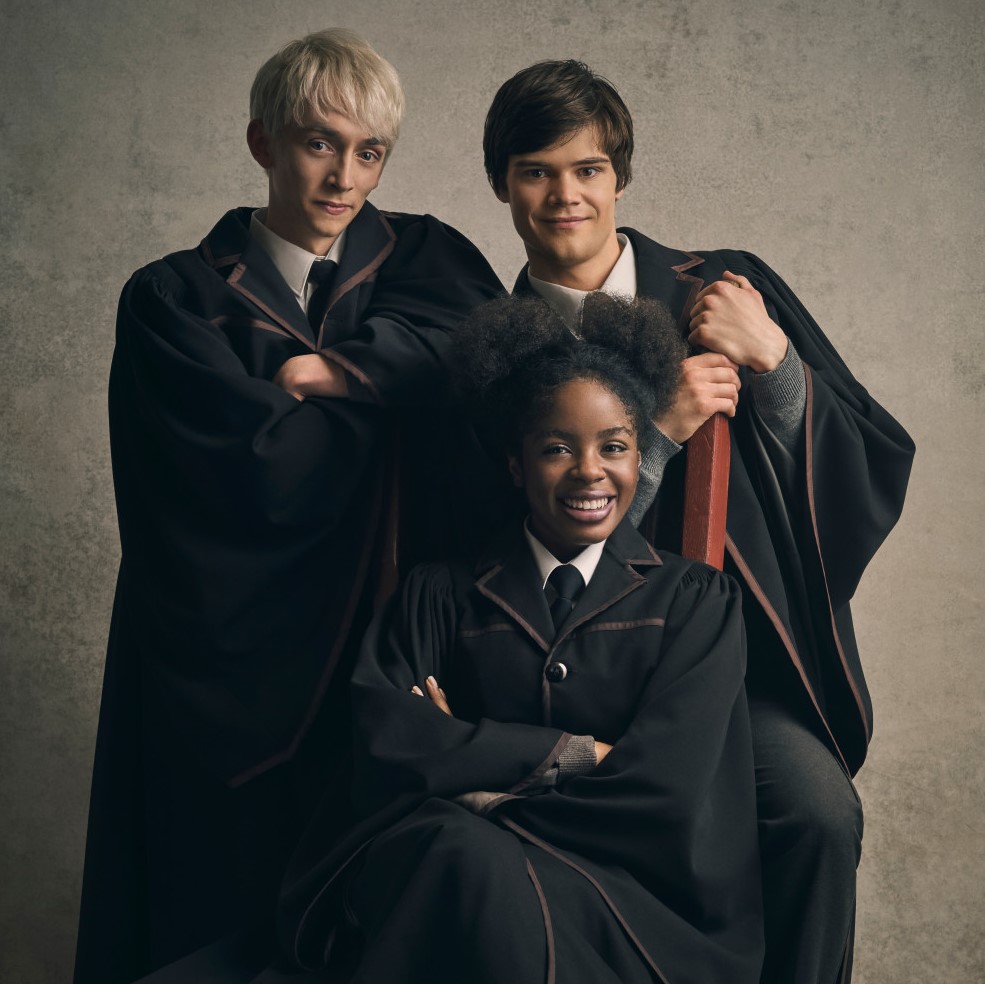 CHECK IT OUT! New cast announced for Harry Potter and the Cursed Child!

Pottermore released the first official portraits of the new cast members for the “Harry Potter and the Cursed Child” play in London. As performances begin, the cast describes what it means to become a part of the Wizarding World family.

With its raving reviews in its first year, “Harry Potter and the Cursed Child” is back on the stage in London with a fresh, new cast! Despite mixed fan reactions to the written play, the cast and crew brought the magical world to life in London in 2016 and it looks like the magic will continue! (Check out the New York Times Review of the play’s debut). The new, young trio describe their own connections to Harry Potter as they prepare for their first performances.

Helen Aluko dons the role of Rose Granger-Weasley, but is no stranger to the production itself. Aluko accompanied the ensemble in the play’s debut performances in 2016. Now, she gets to fully embody Rose Granger-Weasley and make this character her very own. Aluko explains of her version of Rose, “. . .She’s bubbly and playful, but she’s also got the pressure of having to live up to her mum’s achievements.”

Also joining the new trio is Theo Ancient who grew up reading the Harry Potter books with his family and now has the honor of portraying the son of the Chosen One. However, it is Samuel Blenkin — cast as Scorpius Malfoy — who, perhaps, captures the feeling of their new journey most eloquently. Just as every school year begins and ends with the Hogwarts Express, so does their journey into the Harry Potter world:

“It feels like a train that’s moving faster and faster towards our first performance, which is just hugely exciting and a little bit terrifying. A healthy mix of both.”

If you’ve been living under a King’s Cross bench and don’t know, Harry Potter and the Cursed Child is a play written by Jack Thorne in collaboration with John Tiffany and J.K. Rowling. New performances began on May 24th at the Palace Theater in London. To view official cast portraits, go to Pottermore News. And for those of you in the States, keep a lookout for news on the play coming to Broadway next April!

You can always find more information regarding the play at the Harry Potter and the Cursed Child official website.