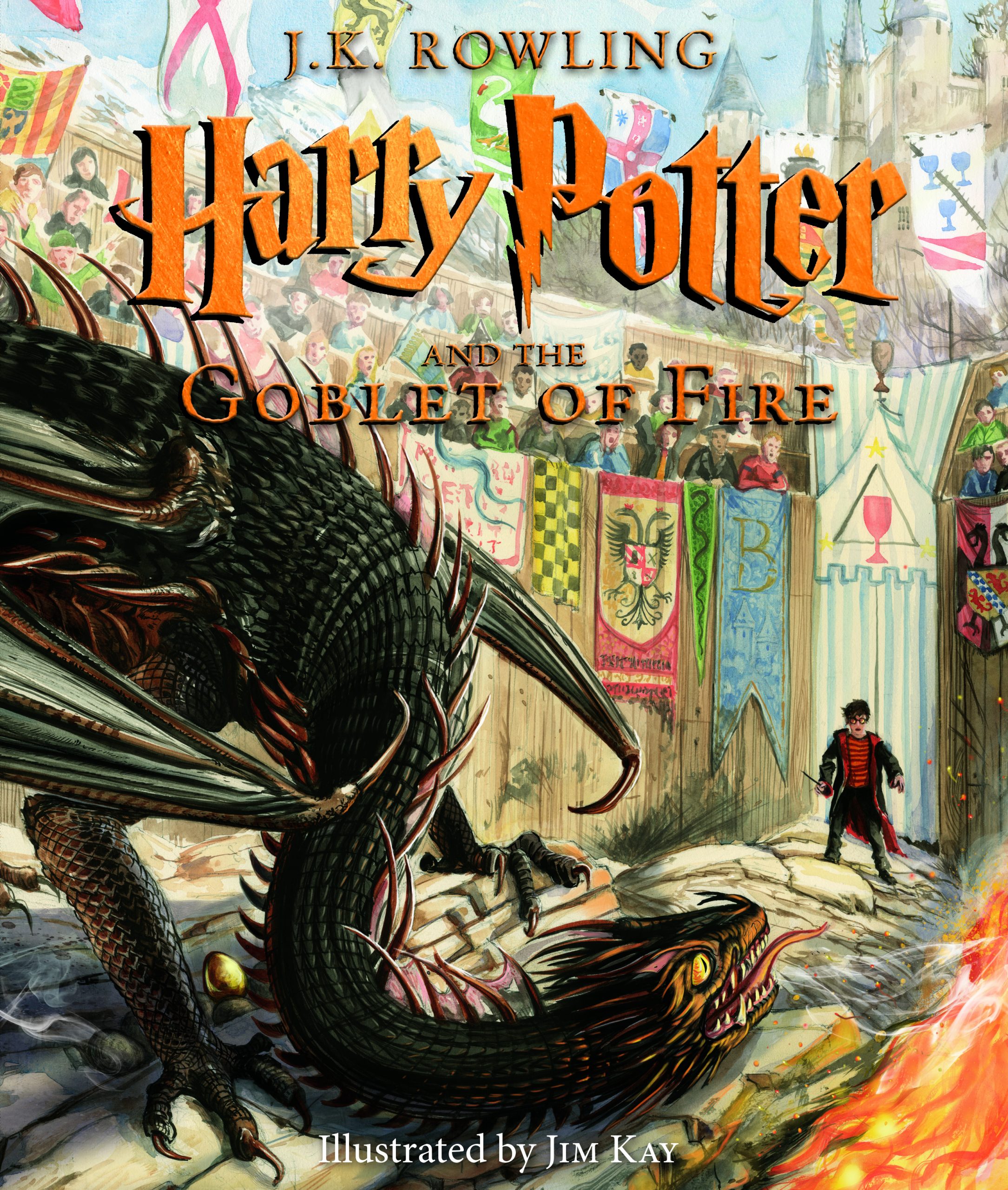 The fourth illustrated edition of the Harry Potter series is set to be released later this year!

Over the past few years fans of JK Rowling’s Harry Potter series have been able to enjoy the series all over again as the books have been brought back to shelves with Rowling’s words paired beautifully with illustrations by Jim Kay.

These illustrated editions are set to continue this year as the cover of Harry Potter and the Goblet of Fire has been revealed, along with the October 8th, 2019, release date. Check out the cover below:

The cover features a depiction of Harry’s first trial in the Triwizard Tournament as he faces down the Hungarian Horntail, and as with the covers of the preceding three illustrated editions, it looks incredible! Along with the announcement of the cover, several preview illustrations from the book have been revealed. Safe to say, we can’t wait to get our hands on it.

You can see a preview of the illustrations below, and expect over 115 in the finished product!

Dumbledore with the Goblet of Fire (Jim Kay/Warner Bros. Entertainment)

Have you been re-reading the series through the illustrated edition? Let us know your favourite!