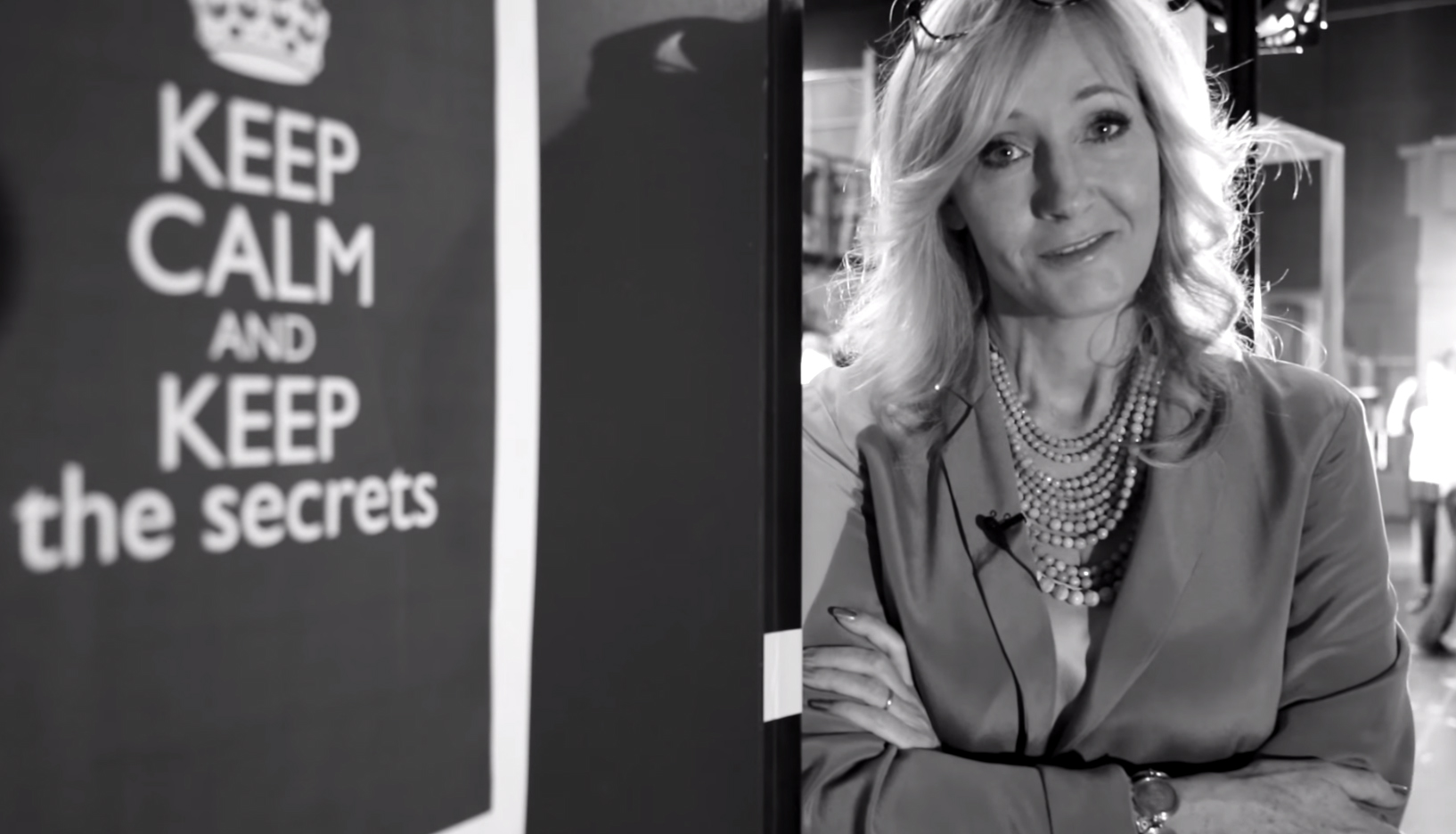 J.K. Rowling is asking fans to keep ‘Cursed Child’ spoilers to themselves. The first showing just happened in London.

The very first performance of ‘Harry Potter and the Cursed Child’ just took place at the Palace Theater in London and J.K. Rowling is asking fans to keep ‘Cursed Child’ spoilers to themselves.

Harry Potter has a history of being at risk of spoilers. One of the most infamous spoiler leaks in Harry Potter history happened in 2005 with the surprising death at the end of Harry Potter and the Half-blood Prince. A video of someone shouting spoilers at Harry Potter fans has made its way across the internet for over 10 years.

Now fans are concerned about spoilers coming out of tonight’s showing of the first part of ‘Harry Potter and the Cursed Child’, the eighth Harry Potter story.

But in a new video from J.K. Rowling, she urges fans to keep ‘Cursed Child’ spoilers to themselves.

“You’ve been amazing for years at keeping Harry Potter secrets so you didn’t spoil the books for readers who came after you,” Rowling said in the video. “I’m asking you one more time to keep the secrets and let audiences enjoy ‘Cursed Child’ with all the surprises we’ve built into the story.”

Rowling points to a sign at the Palace Theater London which reads “Keep calm and keep the secrets” in the video.

In addition to the sign, the tickets have also been branded with the hashtag #KeepTheSecrets, meant to encourage everyone — those present and far — to keep spoilers to themselves. The ticket shown below is that of MuggleCast’s and Hypable’s Andrew Sims.

The hype around the play comes from the fact that ‘Cursed Child’ is the Harry Potter sequel fans have been waiting for. The story follows Harry Potter and his son Albus 19 years after the events in Harry Potter and the Deathly Hallows. You can read the play’s synopsis below:

The play is split in two parts. Preview shows opened tonight and will continue over the next couple weeks. The script will be tweaked until the show’s official opening on July 30. The rehearsal script (the script as it’s being presented tonight in London) will be published in book format on July 31.

Fans will more than likely have no problem keeping the secrets, but tabloids and other online publications always make it difficult to keep plots like these under wraps. Until we have the script in our hands ready to read, it’ll probably be best to just stay away from the comments section over the next couple of months.