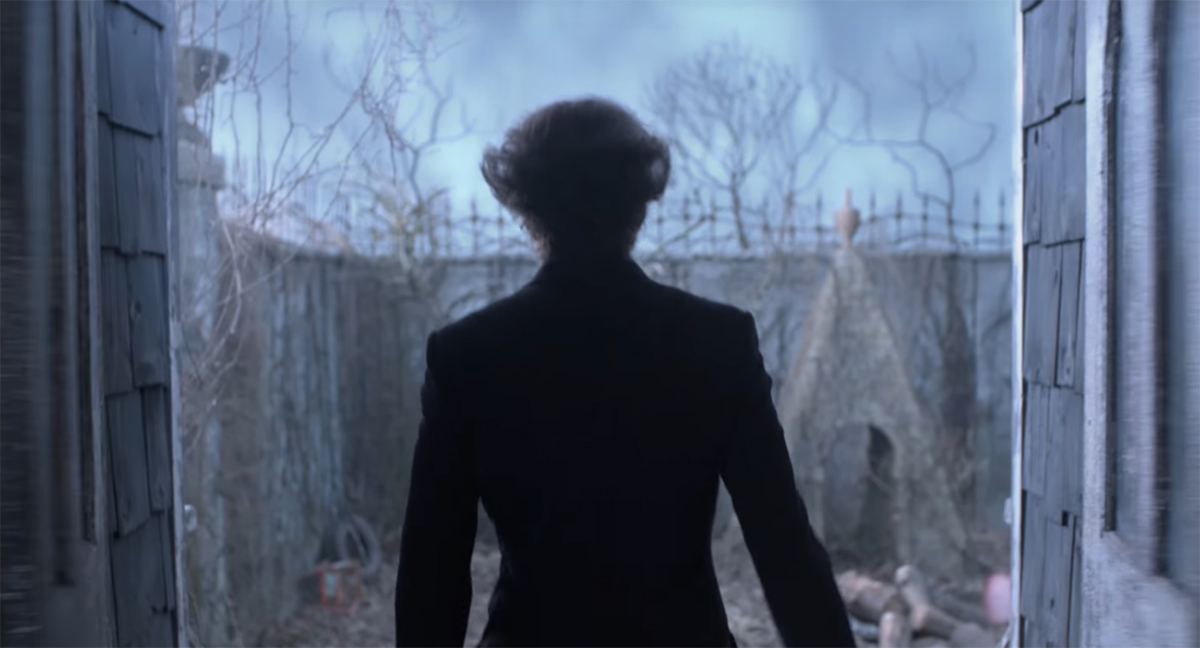 Netflix’s take on Count Olaf has been revealed! Fans finally get their first look at the notorious villain in a brand new trailer released by Netflix this morning.

The show will follow the three Baudelaire orphans after their parents die in a mysterious house fire. They’re placed under the care of the notorious Count Olaf who continuously plots to steal their family’s fortune. The trailer alludes to many of Olaf’s worst deeds, including thievery and murder. Fans also get their first look at the Baudelaire Orphans. Actress Malina Weissman plays Violet and actor Louis Hynes is Klaus.

Netflix released a trailer earlier this month which featured a monologue from the in-story author Lemony Snicket (played by Patrick Warburton) warning viewers to stay away from the show. Based on the 13 books by writer Daniel Handler, the series’ eight episodes will cover the first four books: The Bad Beginning, The Reptile Room, The Wide Window and The Miserable Mill.

Jim Carrey portrayed Olaf in Paramount’s 2004 film adaptation of the books. Do you think Neil Patrick Harris can live up to his portrayal?

All eight episodes of ‘A Series of Unfortunate Events’ will be released January 13th.