Behind-The-Scenes Photos from the ‘Shadowhunters’ Pilot 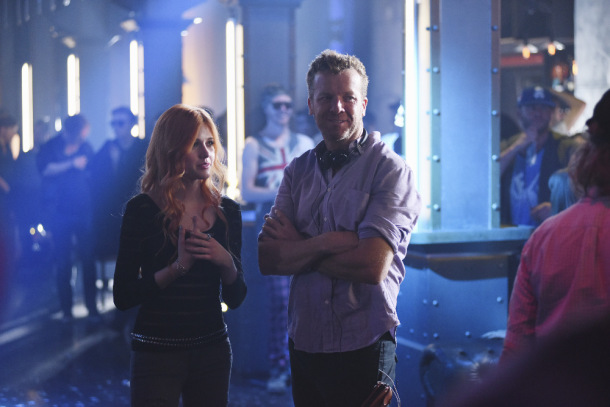 ABC Family/Freeform has released some behind-the-scenes photos from the Shadowhunters pilot episode “The Mortal Cup”.

We get a look at director and executive producer McG as he sets the scene for the debut episode, including the Pandemonium scene and inside the Fray household, alongside cast members Katherine McNamara, Matthew Daddario, Emeraude Toubia, Harry Shum Jr., Isaiah Mustafa, and Maxim Roy.

Shadowhunters premieres Tuesday, January 12, and the special “Beyond the Shadows: The Making of Shadowhunters” will air this Sunday, December 6, at 9:30/8:30c.