Read an excerpt from ‘The Fever Code’ 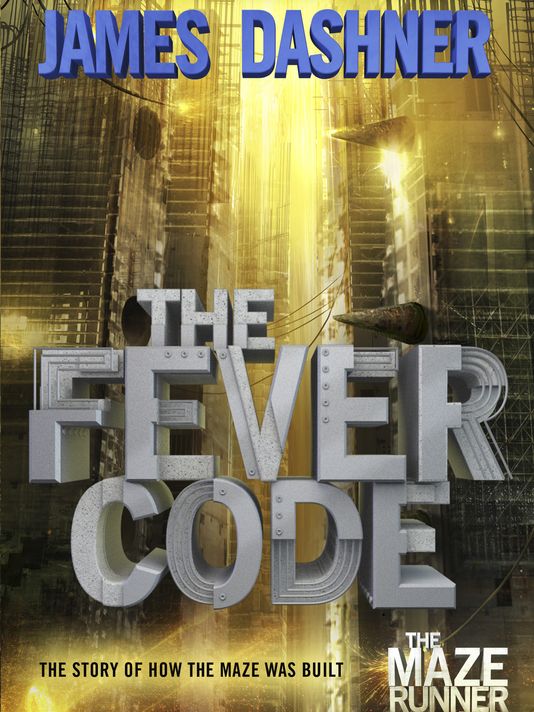 We are so glad we were right! We have a new excerpt from James Dashner’s  last book the The Maze Runner Series, ‘The Fever Code’.  He tweeted last Tuesday about Chuck and we called it!

‘The Fever Code’ takes place between The Kill Order and The Maze Runner.  This would be the fifth and final book in the series.

So many questions went unanswered after ‘The Kill Order’. Fans, including me, are dying to know all these answers.

How was the maze created?

How did the gladers end there?

Why were Thomas and Teresa working with WICKED?

The sacrifice he makes for his friends in the original trilogy is something that felt so necessary, but I still haven’t gotten over it. Maybe more than anyone else, his character was the one I was most excited to see return to the page.

My whole goal with his story line in this prequel is to show just how much he meant to Thomas from the beginning, helping him get through some very difficult times. It makes me tear up just to think about it!

The book is scheduled for a September 27th release!

Even though Thomas’s and Teresa’s doors had remained unlocked, Thomas knew they were being observed, and that they were still feeling the aftermath of their trip outside. They’d tried to sneak out to meet their friends a few times since that night, but the moment they left their rooms a guard would appear and kindly but firmly tell them to “Please go back. It’s for your own good.” Always, everything was for their own good.

And even though they didn’t have the best gourmet chef in the world, food was one of the few things Thomas looked forward to in life. At the very least, WICKED considered quantity more important than quality, and that was just fine with Thomas. Growing like crazy, he was always hungry.

But maybe he’d have more than food to get excited about very soon.

Teresa, learning more and more about computers and information systems — their studies track had been diverging lately, becoming more specialized — had been told that the physical construction of the mazes was almost complete and WICKED would soon be ready for their help with things like programming the false sky and testing the optical-illusion systems. Aris and Rachel, two people they still hadn’t met, were also on the work schedule.

Teresa had a knack for the computer systems side of things, so that was where most of her training took place. And she was much, much better at it than they knew.

Read the rest at USA TODAY!