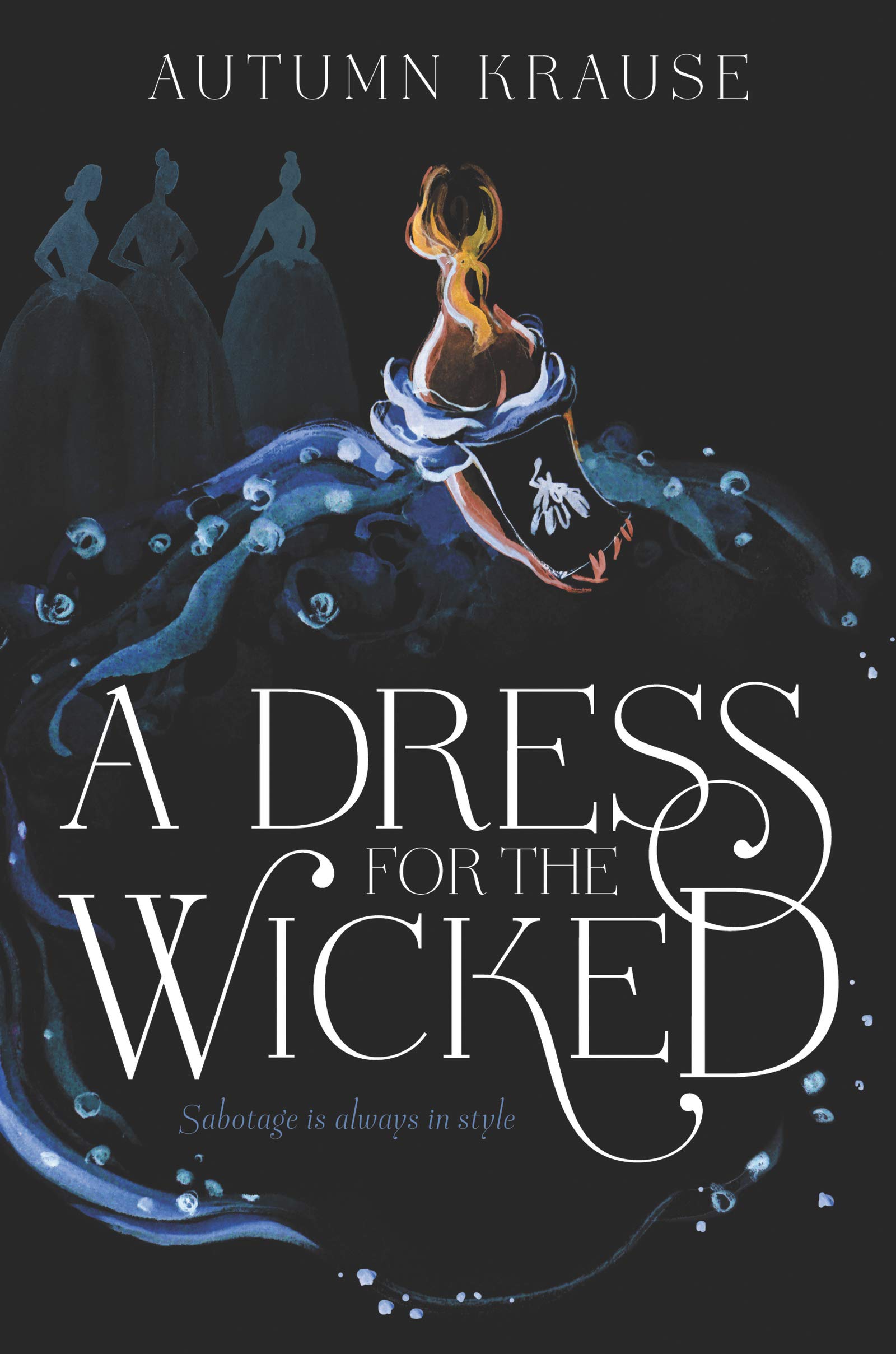 'A Dress for the Wicked' by Autumn Krause. (HarperTeen)

REVIEW: ‘A Dress for the Wicked’ by Autumn Krause shows fashion in a new light

‘A Dress for the Wicked’ combines fashion and politics in a story centred on one girl’s journey into the world.

A Dress for the Wicked by Autumn Krause combines ‘Project Runway’ with ‘Horrible Bosses’ to give us the gripping tale of Emmy’s self-determination in a world dead set against her and everything she stands for.

Nothing much happens in the sleepy town of Shy in Avon-upon-Kynt. And for eighteen years, Emmaline Watkins has feared that her future held just that: nothing.

But when the head of the most admired fashion house in the country opens her prestigious design competition to girls from outside the stylish capital city, Emmy’s dreams seem closer than they ever have before.

As the first “country girl” to compete, Emmy knows she’ll encounter extra hurdles on her way to the top. But as she navigates the twisted world of high fashion she starts to wonder: will she be able to tailor herself to fit into this dark, corrupted race? And at what cost?

All her life Emmaline — Emmy — has wanted to join The Fashion House as a designer under Madame Jolene. When she is finally picked for the role and sent off to Avon-Upon-Kynt, she discovers that life in the big city is a far cry from what she imagined. Especially as she is essentially a pawn used to undermine the current socio-political system. While at first she tries to fit in, eventually she realises that she needs to go her own way if she ever wants to achieve her own dreams.

Emmy’s character was surprising and delightful. She is very strong and full of determination, with a kind heart and a desire to change the world. This is what I loved about her the most as she didn’t let anyone’s expectations define her, and fought for everything she gained.

However, she’s not alone in this. Autumn Krause did an excellent job with most of her side characters. Each has their own personality and we even get sprinkles of backstories, hopes and dreams here and there. The other girls in the competition are especially fleshed out, with Krause taking extra care to reflect each personality in their designing and fashion choices.

The plot is fast-paced with plenty of twists and turns that kept me engaged throughout. About midway through the book, it took off in a completely unexpected direction. This added a lot of tension and suspense without taking away from my enjoyment of the book.

However, it’s the writing in A Dress for the Wicked that really made it stand out. It’s easy to read, comprehensive, and incorporates fashion seamlessly into every aspect of the characters’ lives. The way fashion is used was actually my favourite element of the book. Krause blends historical and modern perceptions of fashion to create a society that truly relies on fashion, and on its only fashion house. A Dress for the Wicked does a good job of exposing the problems that come with such a monopoly without boring the reader.

One thing to note is that this book is heavy on the politics in a way that isn’t reflected in the blurb. While I enjoyed it and thought it was well done, it’s not for everyone. If you want a light fashion read, this is not the book for you.

I do have one issue with the book: the setting confused me. The story takes place in a fictional country called Britannia Secunda, but England and Paris are mentioned so I assume it’s modelled after real life. There are bits and pieces of the world explained throughout the book, but these explanations are rather awkwardly placed and info-dumpy at times. As the politics of the world play a direct role in the story, I feel the world-building could have been better done.

Overall, A Dress for the Wicked by Autumn Krause was an engaging read with dynamic characters and a fascinating dive into the politics of fashion.

An engaging and unexpected read

A Dress for the Wicked by Autumn Krause offers a new perspective on fashion and its role in our lives through Emmy’s fight for her dreams.