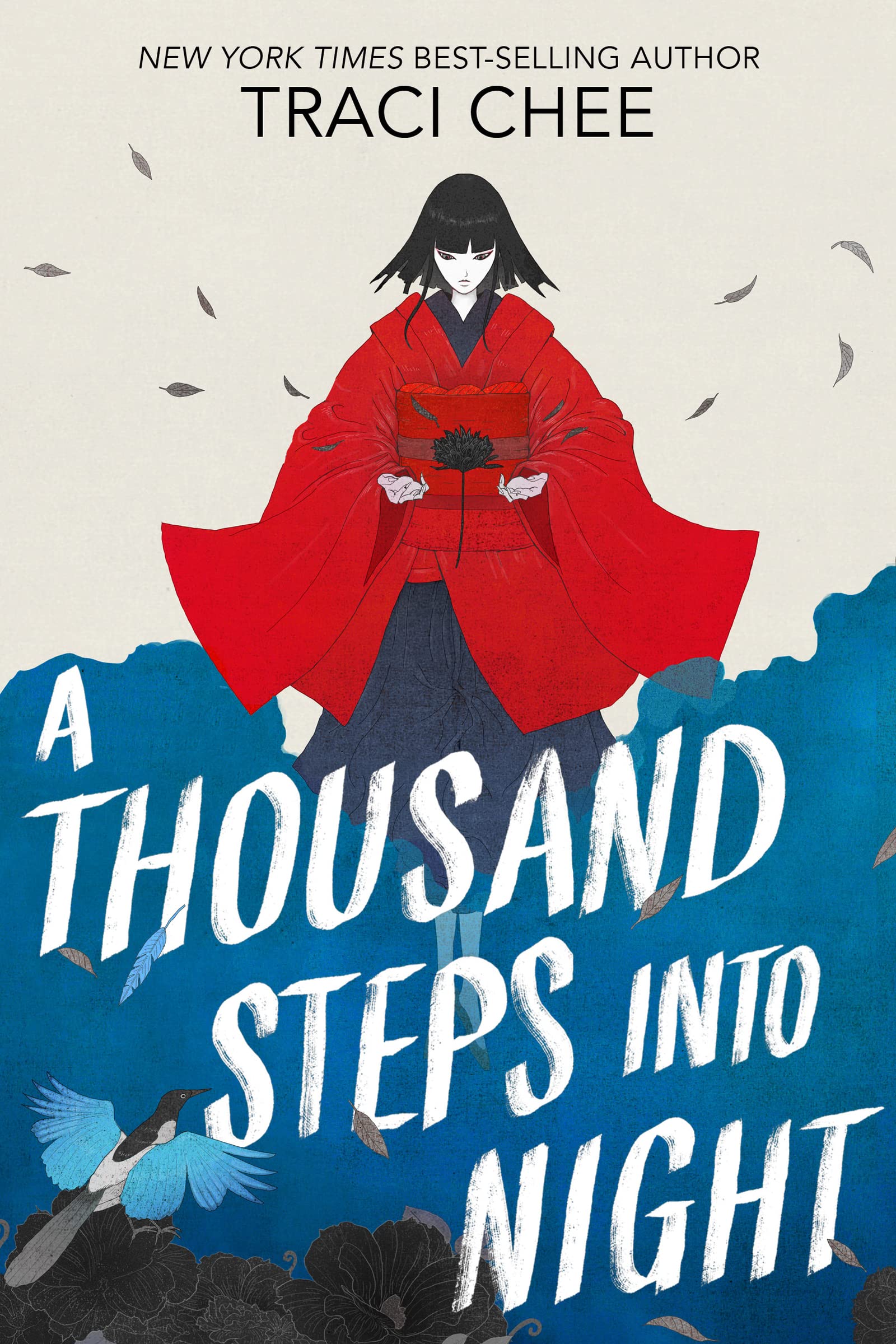 REVIEW: ‘A Thousand Steps into Night’ by Traci Chee is an epic fairytale-like adventure

A Thousand Steps into Night has everything all fantasy readers love. There are demons, mythical creatures, characters worth rooting for, and it’s set in a magical world!

In the realm of Awara, where gods, monsters, and humans exist side by side, Miuko is an ordinary girl resigned to a safe, if uneventful, existence as an innkeeper’s daughter. But when Miuko is cursed and begins to transform into a demon with a deadly touch, she embarks on a quest to reverse the curse and return to her normal life. Aided by a thieving magpie spirit and continuously thwarted by a demon prince, Miuko must outfox tricksters, escape demon hunters, and negotiate with feral gods if she wants to make it home again. But with her transformation comes power and freedom she never even dreamed of, and she’ll have to decide if saving her soul is worth trying to cram herself back into an ordinary life that no longer fits her… and perhaps never did.

I was immediately drawn into this story within the first chapter.

The main character, Miuko, made this book magnificent. Although, her story may not feel original for fantasy readers. She’s grown up as a servant in a village that has been long forgotten. Miuko doesn’t have much hope left in her life or any aspirations outside of helping her father keep his inn afloat. When she ventures outside of the village for a new tea set, this is where Miuko’s life quickly changes and the story picks up.

Things move quickly when demons are introduced in this world. Miuko finds herself traveling back to her village after being cursed to become a demon because if anyone can help her fix this, it’s her father. But he’s the last person that is willing to help her.

Miuko is cast out of the village. It’s heartbreaking and I think this is the point when readers are going to be able to empathize with her and find her story more unique than they originally thought. You’ll be kept on your toes wondering if Miuko will be able to break her curse or not.

I really enjoyed Miuko’s fighting spirit. During her quest, she’s constantly being challenged and her hopes in finding a “cure” feel pointless time and time again. She never gives up despite this, though.

She also fights for the people she comes across that aren’t able to fight for themselves. Which I found to be admirable. Especially when she fights for women. Every situation is tied to what is happening in our own world. Reading how Miuko handled everything showcased how we can fight for women ourselves.

All of the characters were a lot of fun! Miuko’s companion on her journey was Geiki and he was my absolute favorite. Their friendship was heart-warming and I loved how well they balanced one another out. They were so funny and brought some much-needed light into this dark story.

Of course, there is the demon prince as well, but I can’t mention too much about him without spoiling the story. I did find him to be very interesting and his story was unexpected.

Overall, I enjoyed A Thousand Steps into Night. I think this story was beautifully told. This is the first book that I’ve read by Traci Chee and I’m now a fan! It would have been easy to info dump early on in this book, but I think Chee did a wonderful job slowly releasing information as the story progressed. There were times when the story felt lacking, but overall it didn’t affect my reading experience too much.

Fantasy readers will really enjoy this book! If you love fairytales or folklore then you’ll like this story.

A whimsical and fun story