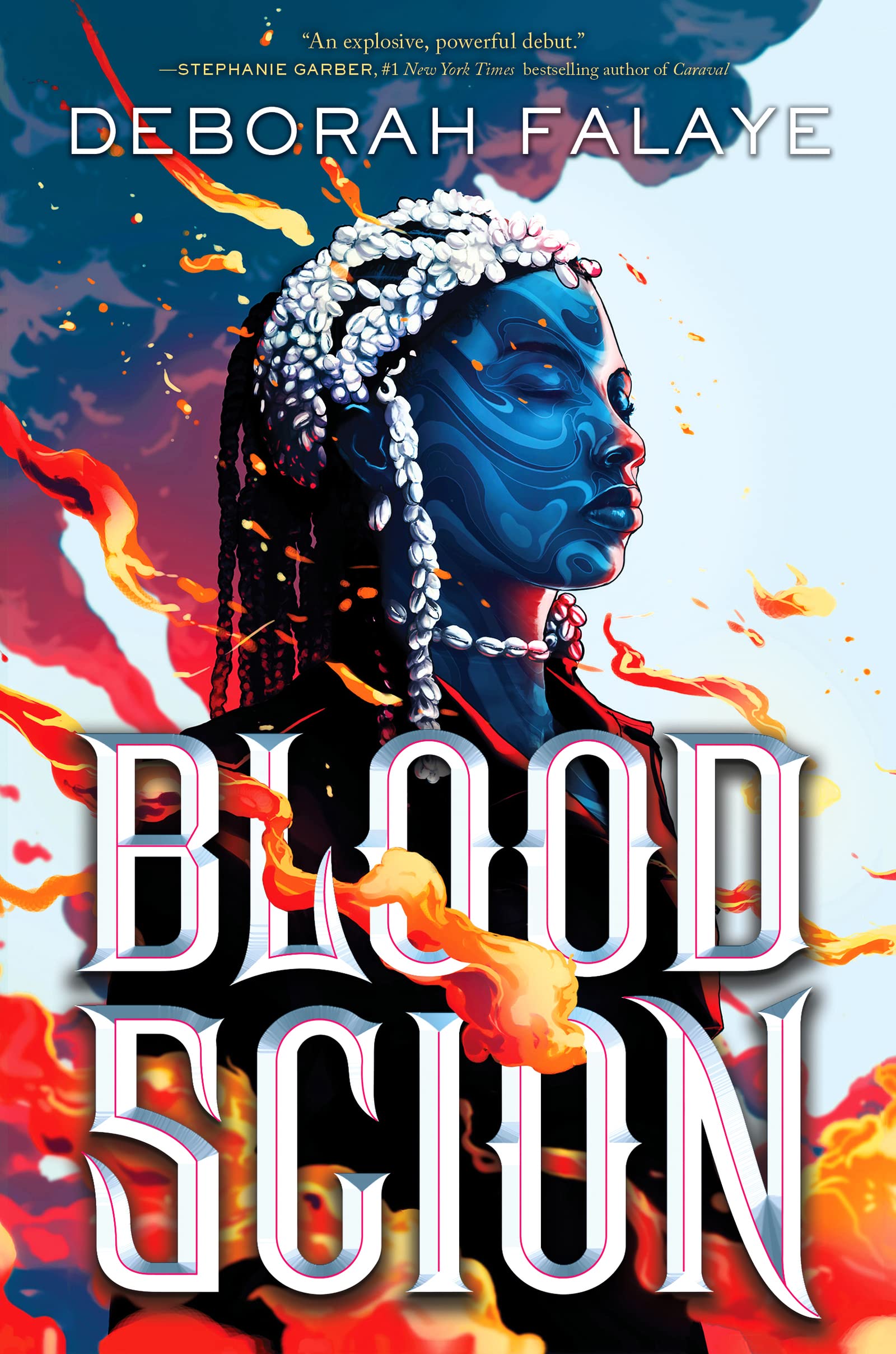 REVIEW: ‘Blood Scion’ by Deborah Falaye had me on the edge of my seat

Sloane finds herself in a lion’s den when trying to find the truth about her mother.

Blood Scion by Deborah Falaye is Sloane’s revenge story on the empire that robbed her of everything.

This is what they deserve. They wanted me to be a monster. I will be the worst monster they ever created.

Fifteen-year-old Sloane can incinerate an enemy at will — she is a Scion, a descendant of the ancient Orisha gods.

Under the Lucis’ brutal rule, her identity means her death if her powers are discovered. But when she is forcibly conscripted into the Lucis army on her fifteenth birthday, Sloane sees a new opportunity: to overcome the bloody challenges of Lucis training, and destroy them from within.

Sloane rises through the ranks and gains strength but, in doing so, risks something greater: losing herself entirely, and becoming the very monster that she ahbors.

When Sloane is drafted into the Lucis Empire’s army as a child soldier, she knows her life is at stake but she is determined to persevere and find the truth about her mother.

Sloane is a deeply complex character from the very beginning. Having grown up under the constant threat of an oppressive regime, she is already hardened at fifteen but the training seeks to break her humanity entirely. While she is used to the constant terror of discovery, she now has to reckon with the deep-seated guilt and revulsion her actions make her feel, even though she acknowledges it was the only way to survive. This makes her constant struggle to preserve parts of her humanity the central emotional conflict of the book, above her revenge and the relationships she forms.

These relationships are quite particular because of the setting. Despite the constant need to be vigilant, the connections she develops with other characters become central to her survival. Falaye does a fantastic job making each character stand out regardless of whether they’re good or bad. In particular, she knows how to make the characters stay with the reader. Izara is fearsome before we even know her name, while the queen and the bloodlines seem undefeatable for the longest time.

The setting Falaye creates is as brutal as it is fascinating. Steeped in Yoruban-Nigerian mythology, Blood Scion takes place in a world where gods are real and their descendants have a rich magical tradition to accompany the continent’s own diverse culture. But all that is lost when the Lucis Empire sets out to subjugate the people through merciless means, and install a militaristic rule.

As Blood Scion is told through a first person POV, Falaye’s worldbuilding relies on the fractured knowledge Sloane has about her culture, history and people. Her lack of identity becomes a central theme of the novel as she’s faced with the stark reality that the culture she was forbidden from learning has been appropriated by the ruling class, which only adds to the brutality of the regime.

Speaking of brutality, Blood Scion by Deborah Falaye was not an easy book to get through. Though fictional, she doesn’t hesitate to include the realities of a militaristic regime that’s entirely focused on breaking a population. From the child tithe that Sloane is chosen for to the constant violence she faces and is forced to commit; the poignant descriptions of the effect the training has on all the characters, and the bloody backstory of many supporting characters — Falaye pulls no punches (and makes sure to include trigger warnings for them).

Overall Blood Scion by Deborah Falaye kept me hooked despite the hard nature of its themes. The story was incredibly engaging while the characters were memorable and the writing brought everything together. I can hardly wait to continue this series and I hope to see much more from Falaye in the years to come.

Hard but ultimately worth it