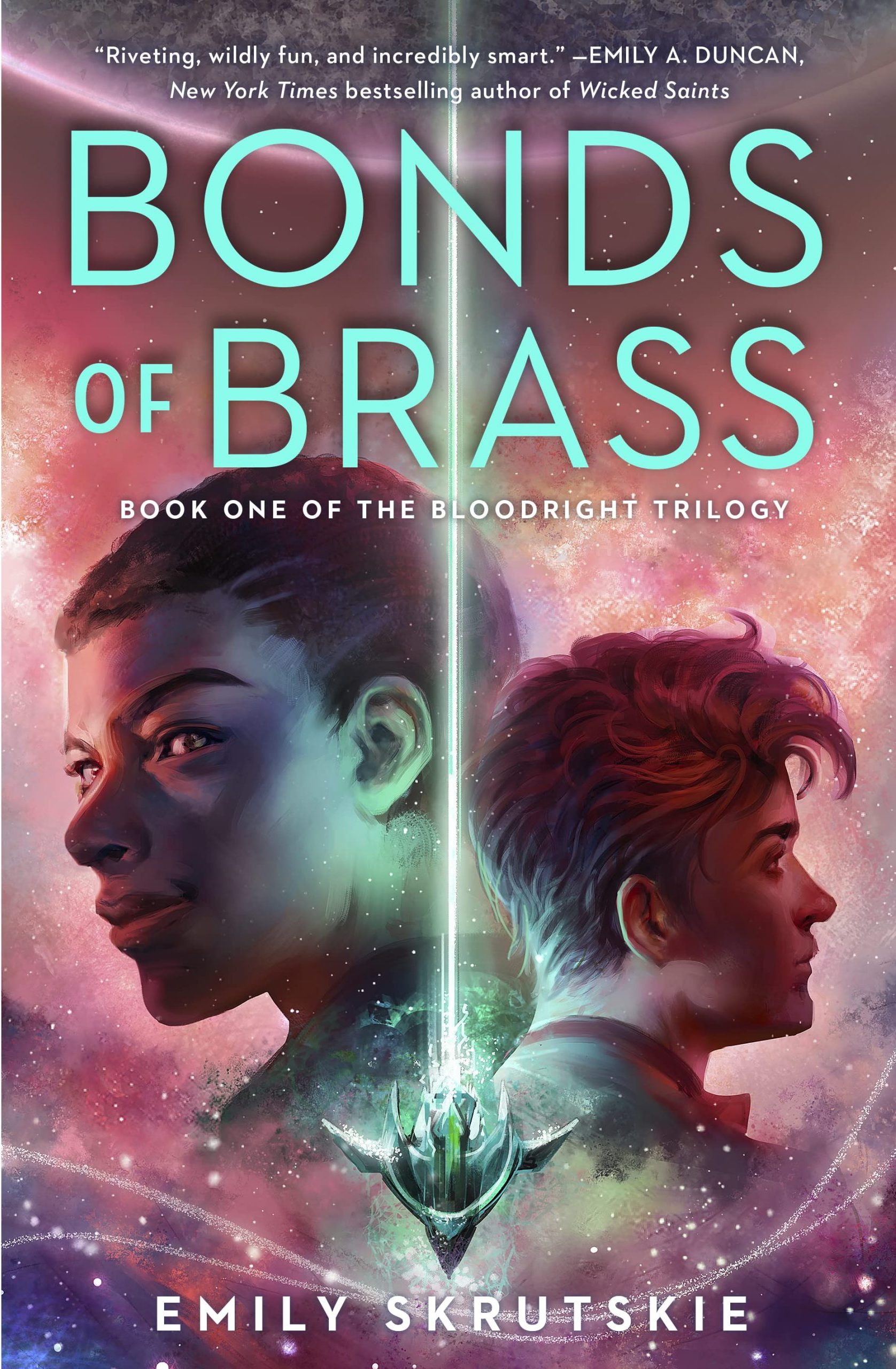 In a post-imperialist galaxy, two teens make a mad dash for a neighboring kingdom in a bid to claim their birthright. Or, at least, one birthright.

A young pilot risks everything to save his best friend — the man he trusts most and might even love — only to learn that he’s secretly the heir to a brutal galactic empire.

Ettian Nassun’s life was shattered when the merciless Umber Empire invaded. He’s spent seven years putting himself back together under its rule, joining an Umber military academy and becoming the best pilot in his class. Even better, he’s met Gal Veres — his exasperating and infuriatingly enticing roommate who’s made the Academy feel like a new home.

But when dozens of classmates spring an assassination plot on Gal, a devastating secret comes to light: Gal is the heir to the Umber Empire. Ettian barely manages to save his best friend and flee the compromised Academy unscathed, rattled both that Gal stands to inherit the empire that broke him and that there are still people willing to fight back against Umber rule. As they piece together a way to deliver Gal safely to his throne, Ettian finds himself torn in half by an impossible choice. Does he save the man who’s won his heart and trust that Gal’s goodness could transform the empire? Or does he throw his lot in with the brewing rebellion and fight to take back what’s rightfully theirs?

This book is, quite simply, out of this world.

Ettian and Gal made the rounds on Twitter several months ago when, fresh off the disappointment of the last ‘Star Wars’ movie, people hyped up Bond of Brass as “Gay Star Wars”. They weren’t wrong. But Bonds of Brass is so much more than that.

In many ways, Bonds of Brass pays homage to the landmark franchises that came before it. ‘Star Wars’, Dune, ‘Battlestar Galactica’, even ‘The Fifth Element’. However, Bonds of Brass stands out with its youthful, buoyant and diverse energy. It’s a space opera for the new decade.

As Gal and Ettian set off across the galaxy, they run into a mixed bag of delightful characters, including Wen Iffan, a scrappy street kid with a deadly rainbow umbrella. She adds spunk to an otherwise extremely stressed group of heroes, morphing their duo into a shaky trio.

Though the novel is from Ettian’s perspective, all the characters are well-drawn. Wen and Ettian understand what it means to be children of war, and the more Ettian learns about Wen, the more he reveals himself. As for Gal, readers know as much about him as Ettian does; he’s an enigma, but he’s compelling. There is depth underneath his dashing exterior, just as there are secrets hidden within Ettian.

They fall in love despite their best efforts.

LGBTQ+ identity is woven throughout the plot, upgrading the longstanding love affair between science fiction and queerness into explicit canon. The lack of queer people in space operas has always been a problem, and it’s one that’s still hanging around. FinnPoe, anyone?

However, not only are queer couples in Bonds of Brass, but it’s part of everyday life. No one bats an eye, and the plot absolutely flourishes because of it.

Bonds of Brass is the beginning of a trilogy, so readers can expect quite the devastating cliffhanger. Emotions are high, and political tensions are even higher. There’s betrayal, illicit operations, near-death experiences, and sacrifice. But underneath it all, there’s Ettian and Gal.

They’re tied together, no matter where they are on the chessboard.

Space adventure, but make it gay