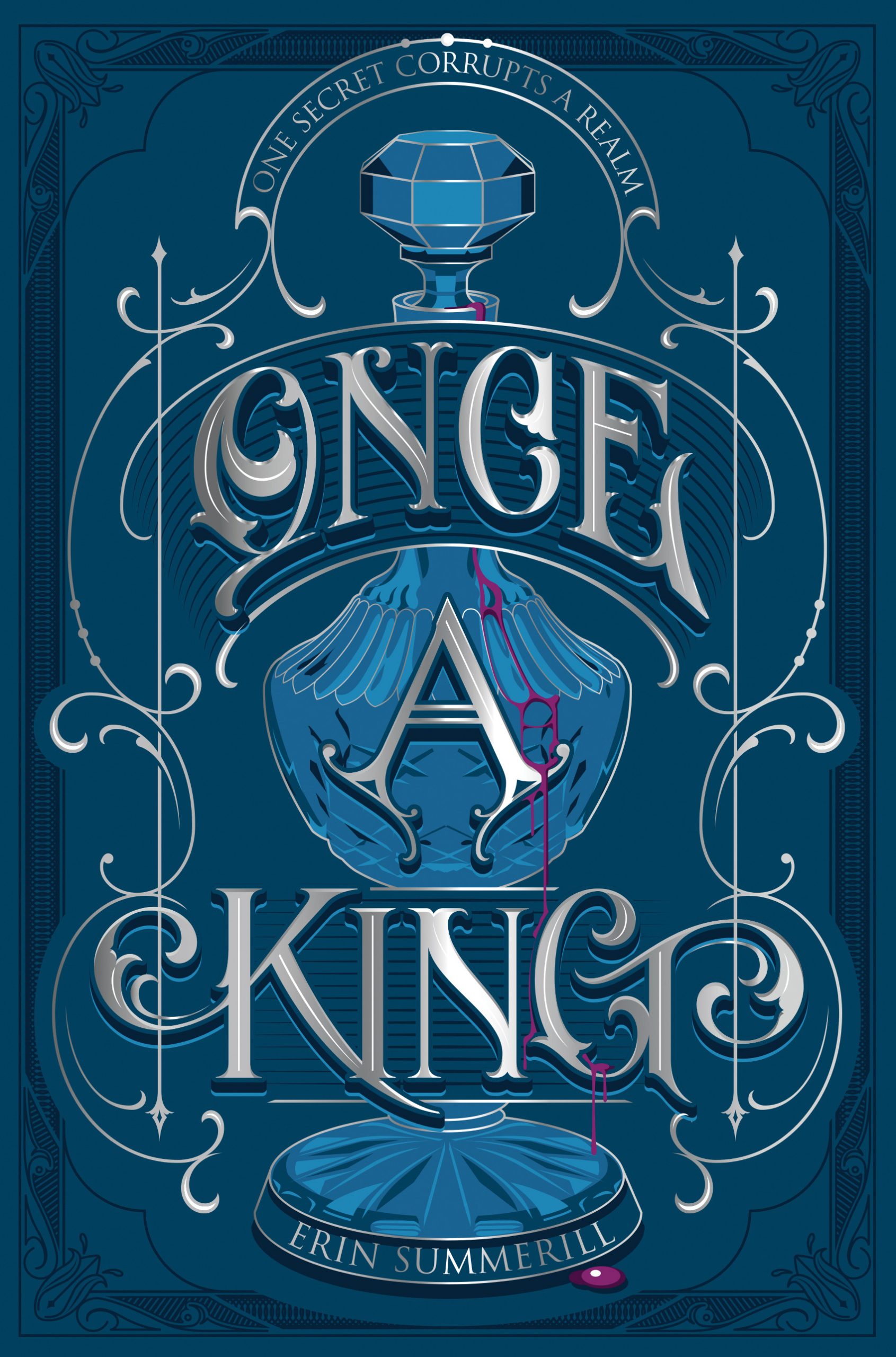 REVIEW: Once a King by Erin Summerill

Two unlikely allies come together in Erin Summerill’s ‘Once a King’ to fight for the people they love!

Set in the same world as the previous books in A Clash of Kingdoms series comes a new adventure featuring everyone’s favorite king! Get ready to swoon, scream, and cheer because King Aodren and Lirra are here to fight for both the people they love and readers’ hearts.

Aodren: A lonely, young king, searching for a way to dismantle his father’s dark legacy.

Lirra: A girl with the power to control the wind, town between duty and following her dreams.

For twenty years, Channelers – women with a magical ability – have been persecuted in Malam by those without magic. Now King Aodren wants to end the bloody divide and unite his kingdom. But decades of hatred can’t be overcome by issuing decrees, and rumors of a deadly Channeler-made substance are only fueling people’s dears.

Lirra has every reason to distrust Aodren. Yet when he asks for help to discover the truth behind the rumors, she can’t say no. With Lirra by his side, Aodren sees a way forward for his people. But can he rewrite the mistakes of the past before his enemies destroy the world he’s working so hard to rebuild?

Once a King begins right where Ever the Brave left off, but don’t worry this is considered a standalone book. Having read the previous books in this series, it did make it easy for me to fall back into this world and even enjoy characters that get mentioned. I loved both King Aodren and Lirra from the previous books so I was stoked when I heard that this would be told through their POVs!

Lirra is confident, independent, and driven. She’s a Channeler (women who have influence over one energy it being land, air, fire, water, or spirit) who can control the wind. She has dreams of performing in this year’s jubilee during the summit where all the kingdoms come together to show off her glider invention. But unfortunately, her father who is Malam’s Archtraitor, is currently in the business of selling secrets and Lirra has a duty to help him with it. She is incredibly loyal to the people she loves so of course this causes conflict in her life.

Then there’s King Aodren. My precious Aodren. He’s the youngest ruler and after the events from the previous books, he’s now left to unite the people of Malam. How can he get his people to accept Channelers after decades of being prejudice towards them? I loved reading from Aodren’s POV because it was touching how much he truly cares about all his people and how he only wants the best for Malam. He is such a pure character.

King Aodren and Lirra’s lives eventually intertwine and with each other’s help they hope to fight for what they want in life and the people they love. Their chemistry is unreal, too. I was a little curious of how they would mesh when I first heard about Once a King, but the romance was perfection! It was honest, real, and the slowest burn.

There is plenty of schemes, action (a lot of fun scenes once the summit begins), and magic! The plot was a lot more fun than previous books as well. Erin Summerill’s writing has grown since I first picked up Ever the Hunted. There are great description and the characters in this book were relatable. I love when an author’s writing can make me feel as if I’m on an adventure with friends and that’s exactly what Summerill did for me.

Overall, I really enjoyed Once a King! Everything wraps up nicely, not too outrageously perfect but satisfying. I wish I could have spent more time with Aodren and Lirra! The message behind Aodren’s hope for the future of his kingdom was inspiring. I just loved it all. If you’re in the mood for a great fantasy story with fun characters then pick this book up.

REVIEW: Once a King by Erin Summeril

Technically being the third book in A Clash of Kingdoms series, I felt completely immersed inside of this world Erin Summerill has created. Once a King is my favorite book in the series and I have no doubt it’s thanks to our two main characters, Aodren and Lirra. They are full of heart and the strength they demonstrate through their hardships move the story along. You’ll be wishing for their happily ever after until the very end!

Related:
Fantasy • ya • YA REVIEW