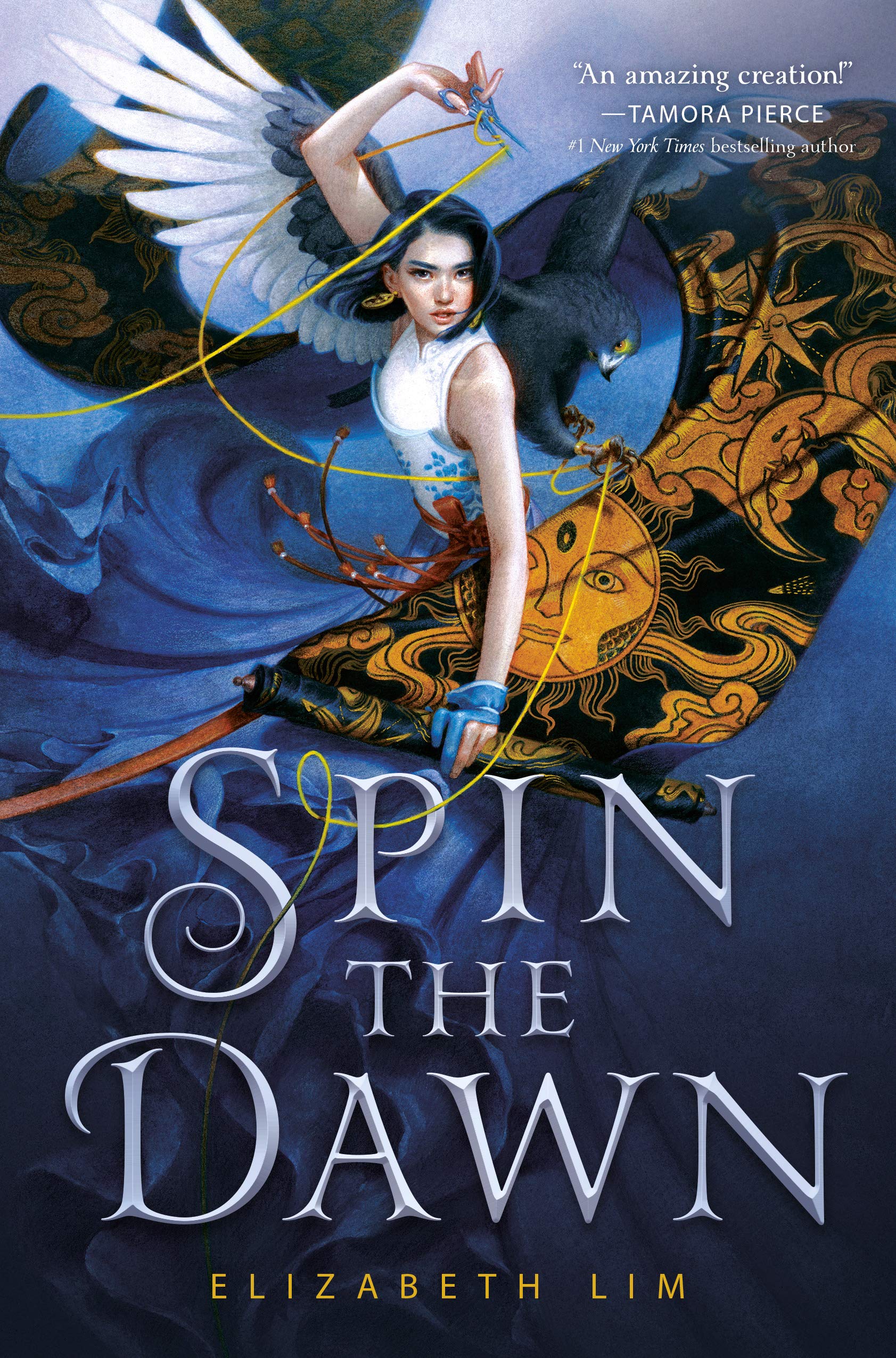 REVIEW: ‘Spin the Dawn’ by Elizabeth Lim is an enchanting fantasy

This Chinese-inspired tale will take readers on a heartbreaking adventure!

Maia Tamarin dreams of becoming the greatest tailor in the land, but as a girl, the best she can hope for is to marry well. When a royal messenger summons her ailing father, once a tailor of renown, to court, Maia poses as a boy and takes his place. She knows her life is forfeit if her secret is discovered, but she’ll take that risk to achieve her dream and save her family from ruin. There’s just one catch: Maia is one of twelve tailors vying for the job.

Backstabbing and lies run rampant as the tailors compete in challenges to prove their artistry and skill. Maia’s task is further complicated when she draws the attention of the court magician, Edan, whose piercing eyes seem to see straight through her disguise.

And nothing could have prepared her for the final challenge: to sew three magic gowns for the emperor’s reluctant bride-to-be, from the laughter of the sun, the tears of the moon, and the blood of stars. With this impossible task before her, she embarks on a journey to the far reaches of the kingdom, seeking the sun, the moon, and the stars, and finding more than she ever could have imagined.

I started this book off by crying within the first few chapters and also ended it with tears. Our main character, Maia Tamarin, is one of four children and the only daughter. Her older brothers have been drafted into the war and Maia is left with a weight on her shoulders as she takes care of a grieving father.

Maia is the glue that keeps her family together when everything wants to tear them apart. Maia’s talents are too great for a world where women are only meant for marriage and children — so she quietly sews inside her father’s tailoring shop. She might never gain the title as a master in the craft, but at least her skills will keep her family fed.

When the war comes to an end, Maia is left with a grieving father and only one brother who will never be the same again. So when the emperor summons her father to become a tailor in the imperial palace, there is no other decision to be made. Maia risks it all to keep the family she has left even if it might cost her her life. Disguising herself as a boy, Maia heads to the imperial palace.

Maia is one of the strongest heroines I’ve come across in a YA fantasy. What makes her so special is that she’s such a hard worker. Everything she has she’s earned herself. She’s not afraid to be vulnerable and admit how scared she is and I love that. It’s so easy to root for her!

At the imperial palace Maia is put through a lot of tests that take her on an adventure to remember! The competition to become the next royal tailor added a uniqueness to the story. The characters introduced bring some spice into Maia’s life, too, especially one in particular.

Spin the Dawn is heartbreakingly romantic. I don’t want to give too much away concerning the relationship between Maia and Edan, but I will say I loved them together. They’re both powerful characters alone but when they go on this journey together it makes the book extra special!

Elizabeth Lim did a fantastic job telling this story. She met my expectations and delivered a thought-provoking fantasy. From characters to world-building, her writing completely captivated me! If an author can make me cry then they have automatically won me over, and Elizabeth Lim did just that.

Maia’s adventure is full of tests that help her grow into an impressive character. She shows young girls that they can accomplish anything as long as they believe in themselves. That’s why I loved this book so much. It’s perfect for teens and I hope young readers are able to connect with Maia and her story!

Spin the Dawn is a beautiful Chinese-inspired fantasy. Elizabeth Lim crafts a stunning world with relatable characters so well. Maia Tamarin is one of the most powerful heroines I’ve read in a YA fantasy and her adventure is sure to be remembered. With twists and turns, Spin the Dawn will take readers on a fun ride! They’ll come out of this tale knowing they can accomplish anything as long as they believe in themselves.