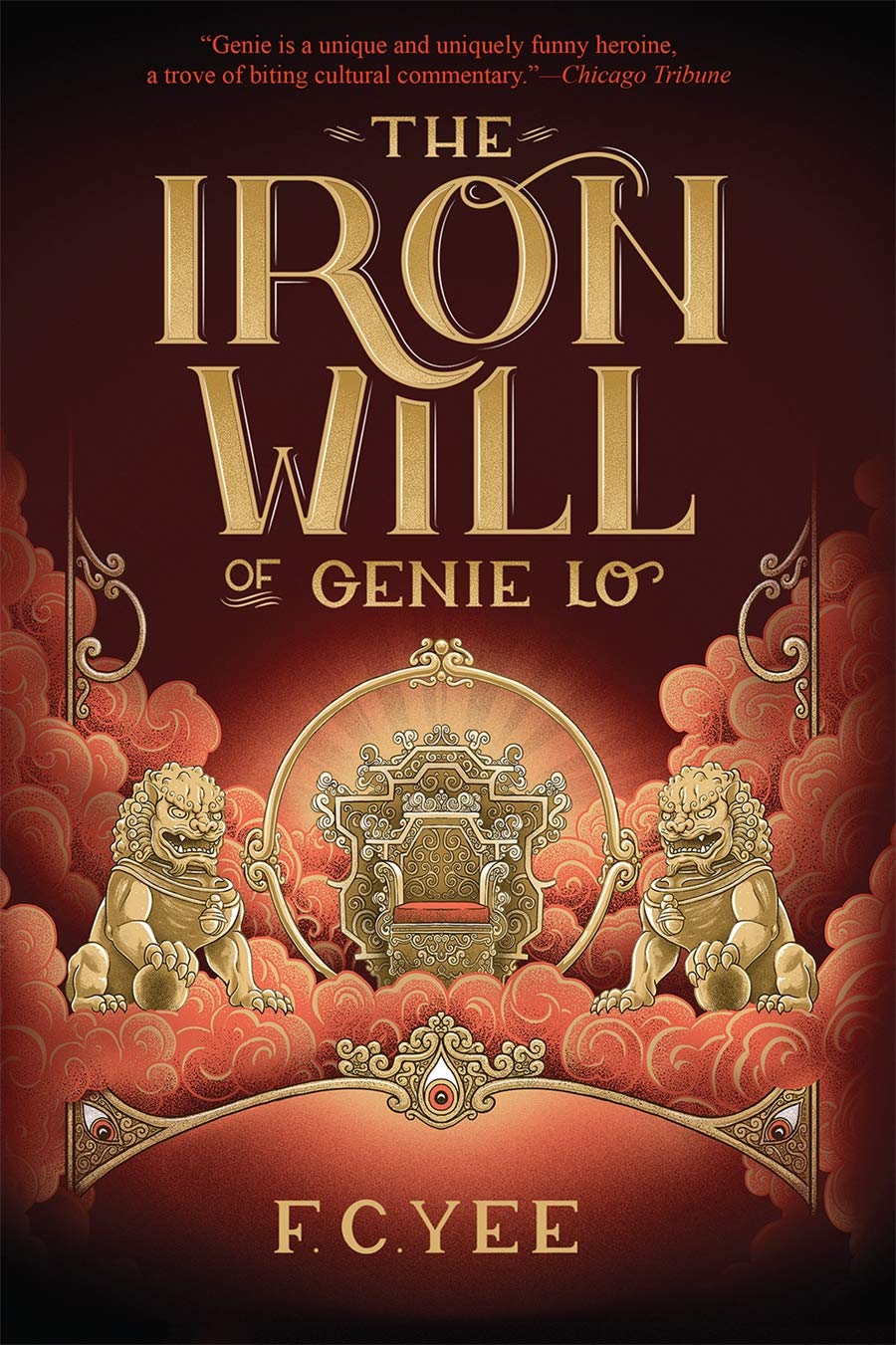 'The Iron Will of Genie Lo' by F.C. Yee (Amulet Books)

Three years later, F.C. Yee is finally back with the sequel to ‘The Epic Crush of Genie Lo’ and readers won’t be disappointed!

Fans of F.C. Yee’s debut novel, The Epic Crush of Genie Lo, will happily be reunited with Genie as this loved series comes to an epic conclusion.

The fate of the heavens is at stake in this hilarious and highly-anticipated sequel to The Epic Crush of Genie Lo.

Genie Lo thought she was busy protecting the Bay Area from demons. But now, as a Heaven-appointed Guardian, even the well-being of demons is her responsibility – and their numbers are multiplying.

Guanyin and Quentin are doing their best to help; but what they really need is for the Jade Emperor to get off his butt and deal with the crisis. While he’s AWOL, Genie nominates Guanyin to fill in his shoes, unaware that the role will go to the god who can defeat a mysterious threat to the supernatural order.

Along with a few other contenders for the throne, including a former enemy, Genie and her friends embark on a Heavenly quest to an in-between world. But when faced with true danger, the group realizes that what will save the universe this time is sacrifice, not strength.

It’s been a few years since readers have been with Genie and her friends so it took awhile to get reacquainted with this world. After a couple of chapters I was quickly reminded of Genie’s charming humor and easily fell back in love with her journey.

After discovering that she’s the reincarnation of a powerful celestial weapon and fighting off many demons, Genie now has new responsibilities as the Shoushen. She must continue to protect the Bay Area and ensure every human’s safety from threatening demons. As she shoulders this new weight she must also deal with everything that comes with being a senior in high school.

There is a lot happening in her life. Genie is struggling on making a plan for her future and deciding which college is best. She’s also dealing with her mother’s deteriorating health and arguments with her now-boyfriend, Quentin. I enjoyed seeing a more vulnerable side to Genie, though. She’s this powerful being but relatable in so many ways, and that made it easy to root for her.

While Genie is touring a college with her best friend, chaos begins stirring around her. She has no other option but to step away from her “real” life and handle it. The Iron Will of Genie Lo quickly goes from a contemporary novel to an action-packed fantasy!

I applaud F.C. Yee for his brilliant writing with this. He blends Chinese mythology easily into the modern world and it truly sets this book apart from other fantasy stories. The common denominator remains the same in both of Genie’s worlds. She is grappling with her role as a human and a Shoushen. Yee’s writing highlights her internal thoughts on this and how it effects every decision she makes.

As the story progresses, Genie must travel to another dimension with her friends on a quest to change the future. I can’t say too much about the plot without spoiling it, but I will tell you that this part of the book is action-packed with a lot of detailed fighting scenes! Everything readers loved about The Epic Crush of Genie Lo is still present. All of the humor and charm is sprinkled throughout and fans are sure to appreciate this.

The Iron Will of Genie Lo comes to a satisfying conclusion. It even made my eyes get watery, and it might be one of my favorite endings to a series. In the end, this book is full of a lot of heart and Genie’s personal journey finding her truth. It’s about realizing what matters to you most and how to protect that with all of your might. I think readers will be able to relate to Genie’s story, and fans of the first book will fall more in love with these characters.

The sequel we've been waiting for.

Fans have patiently waited for F.C. Yee’s sequel, The Iron Will of Genie Lo, and they won’t be disappointed. This book is a meaningful conclusion to an epic fantasy story with Chinese mythology well blended into the modern world. It’s action-packed, full of heart and charming humor. Readers will easily relate to Genie and her journey to find the right path to her future.