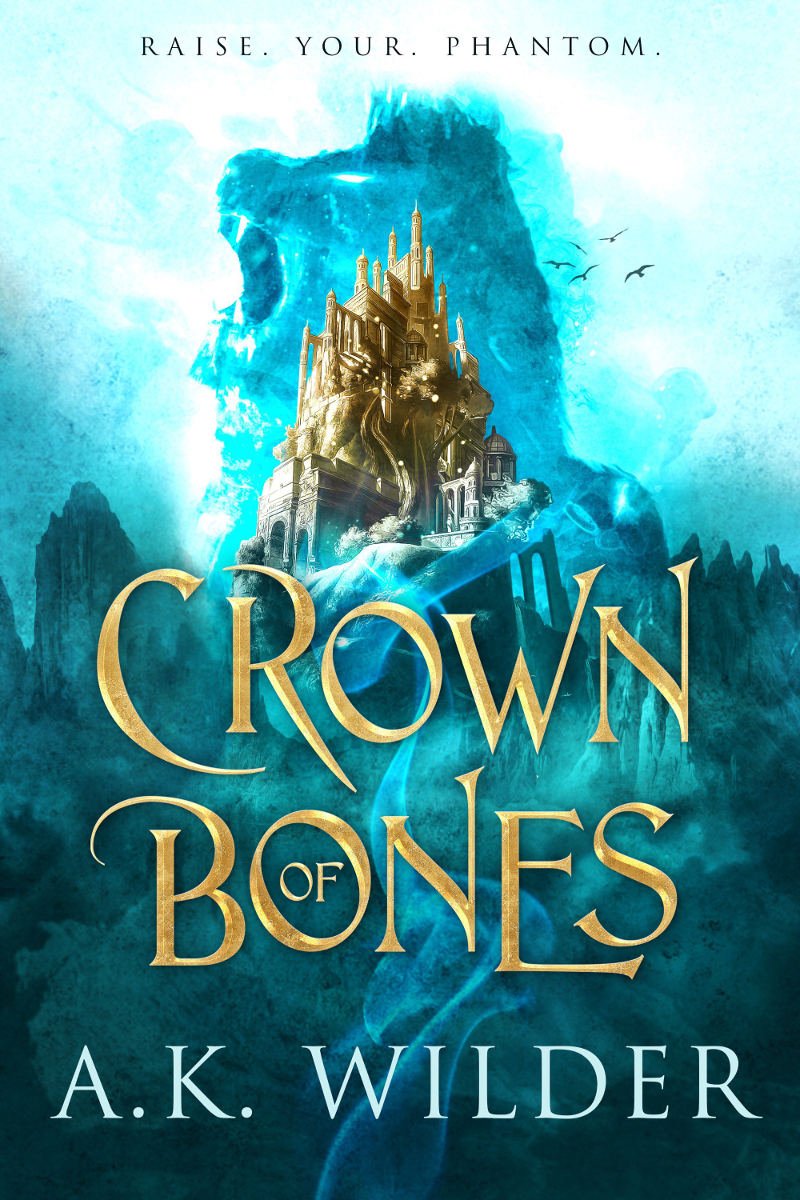 'Crown of Bones' by A. K. Wilder (Entangled: Teen)

REVIEW: ‘Crown of Bones’ by A. K. Wilder left me intrigued

‘Crown of Bones’ is Ash’s personal journey in a world on the brink of extinction.

Crown of Bones by A. K. Wilder weaves a fascinating mystery centered around a record keeper with a secret and an heir desperately fighting for his throne.

For fans of epic fantasies and sweeping adventures, this ensemble cast will immerse you in a world of unique magic, breathtaking action and unforgettable characters.

In a world on the brink of the next Great Dying, no amount of training can prepare us for what is to come …

A young heir will raise the most powerful phantom in all of Baiseen.

A dangerous High Savant will do anything to control the nine realms.

A mysterious and deadly Mar race will steal children into the sea.

And a handsome guide with far too many secrets will make me fall in love.

My name is Ash. A lowly scribe meant to observe and record. And yet I think I’m destined to surprise us all.

When Ash was a child, she raised a phantom so powerful it was bound to keep it contained, but it wasn’t enough.

When we meet Ash again, it’s been 12 years and she’s a record keeper with a helpful inner voice and a particular affinity for other savant’s phantoms, all while she longs to be a savant herself. The story kicks off when she’s invited to join Marcus, the heir to the throne’s official record keeper, on his journey to Aku.

Ash is a memorable character. Far from being a glorified librarian, her skills in languages, bartering, and even fighting are quickly revealed once the group’s journey takes a dive. I enjoyed her inquisitive spirit and dedication to her job throughout the story. Marcus, on the other hand, was pretty boring. His chapters started out strong, but once on the road he insisted on butting into situations he was unqualified for, to the point where Ash frequently had to reign him in. Once he started training, his singular focus slowed down the story.

The rest of the group pop in and out of the narrative during the stay on Aku, enriching the story each time. However, I found one character to be functionally useless; I even thought he was going to be killed off early on, so it remains to be seen whether that will change later. Wilder fleshes out her other characters through memories, dialogue or snippets of overheard conversation, which served to bring her world alive more than anything else.

It’s also through these interactions that Wilder builds her setting. We learn about the plot and mystery behind the Great Dying along with Ash, which means that even at the end of the book we don’t have all the answers.

In Crown of Bones A.K. Wilder weaves her story through multiple, first person POVs. While most are dedicated to Ash and Marcus, other characters are given chapters to complete the narrative. However, the POVs weren’t that distinct. Ash and Marcus in particular sounded so similar that I had to check who was speaking more than once. If anything, the other characters had the most distinct voices and I’d like to have seen more of their POVs included.

Crown of Bones by A.K. Wilder was a fun read and a good beginning to a series. I found the world fascinating and hope to see more dynamic characters in the sequel.