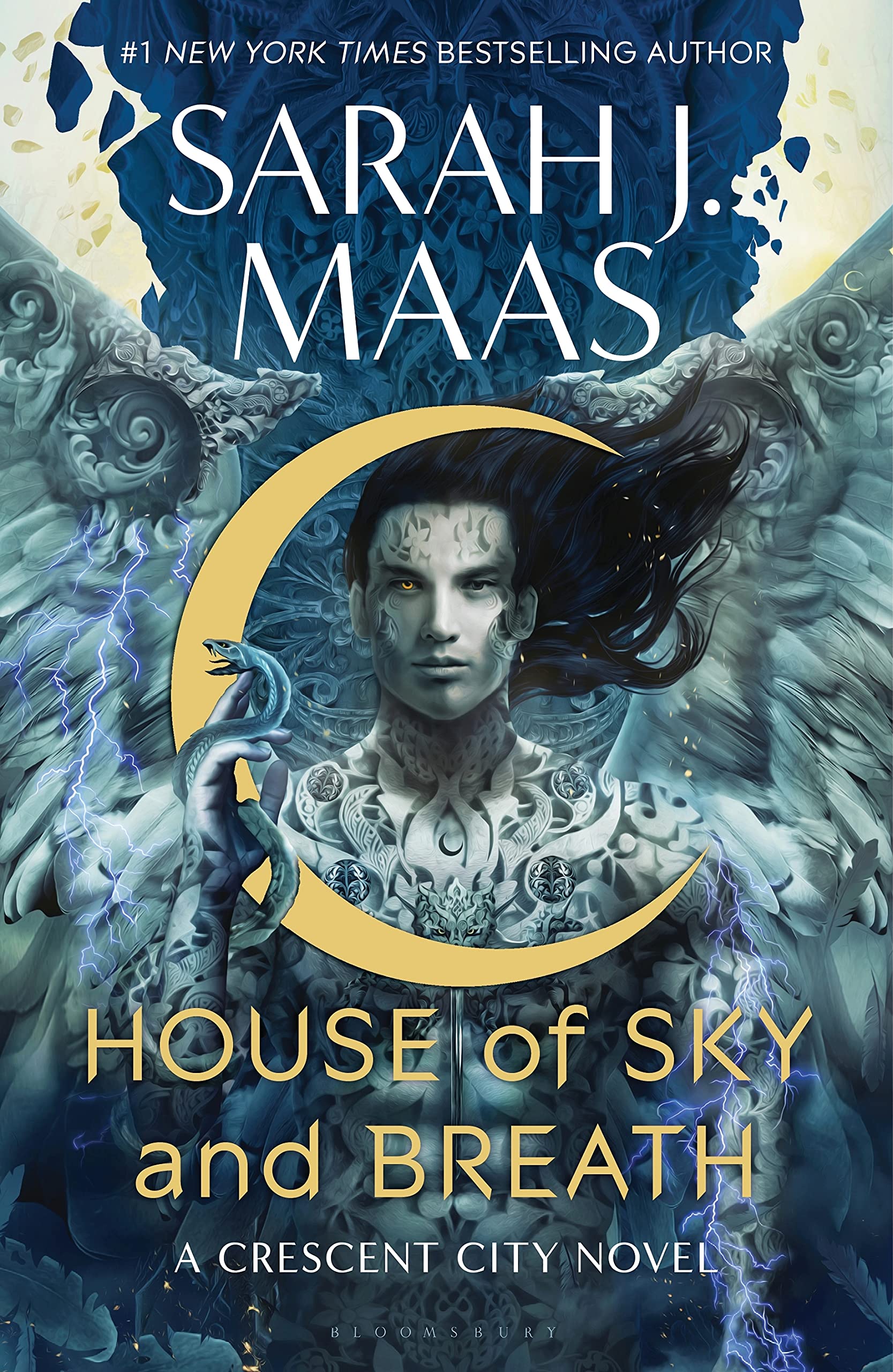 'House of Sky and Breath' by Sarah J. Maas (Bloomsbury)

Throughout ‘House of Sky and Breath’ I desperately tried to outsmart the queen of revelations yet inevitably, failed.

An avid Sarah J. Maas fan, an author known for making her readers cry, a book series with so much potential…the recipe for excellence (or disaster, depending on your viewpoint).

Bryce Quinlan and Hunt Athalar have made a pact. As they process the events of the spring they will keep things…platonic…until the solstice. But can they resist when the crackling tension between them is enough to set the whole of Crescent City aflame?

And they are not out of danger yet. Dragged into a rebel movement they want no part of, Bryce, Hunt and their friends find themselves pitted against the terrifying Asteri — whose notice they must avoid at all costs. But as they learn more about the rebel cause, they face a choice: stay silent while others are oppressed, or fight.

And they’ve never been good at staying silent.

I always struggle to gather my thoughts after surviving another Sarah J. Maas novel. House of Sky and Breath, like its predecessor House of Earth and Blood, has me a little conflicted, to be totally honest. I’ll explain why in a moment.

House of Sky and Breath has ramped up the stakes, the intrigue, and the revelations. Sarah J. Maas is the queen of twists and turns and surprises — no matter how convinced you are that you know what’s going on. As with House of Earth and Blood, and reminiscent of her writing in her previous two series, the biggest revelations happen towards the end. And my, are they big.

Before that though, we are faced with an 800+ page tome that promises passion, drama, mystery and blooming characters. It goes without saying that this book is not for younger readers. In fact, given the graphic nature of some of the scenes, I’d say this book is strictly 18+.

After teasing readers for most of the previous novel, Maas finally delivers on some of her promises regarding Bryce and Hunt. Their relationship deepens throughout the novel, and I enjoyed seeing the pair work out how to fully welcome one another into their lives. But, unfortunately, I found Hunt a little boring in this book. There, I said it! For the first half, at least, a lot of his scenes felt quite repetitive, in that they didn’t show much development.

In fact, for a few hundred pages I was a little scared Maas had lost her edge.

As much as I love these characters, I found the story almost too long in places. Lots was being said without much actually happening: scenes of action being cut off quickly to yet another meeting at Bryce’s apartment for a debrief. I was worried we weren’t going to get a book as captivating as the first in the series.

Towards the final third of the novel, House of Sky and Breath not only grabbed me by the soul, but had me devouring each word as I tried to guess how all the clues would add up, and to try and outsmart this incredible author. Could I do it? Of course not. Despite being utterly convinced I knew what was going on, Maas managed to surprise me once more with a treat I am certain fans will be raving about. Needless to say, this outstanding section more than made up for my earlier reticence.

I don’t want to go into too much detail about characters (but hello, yes, I have a new favourite), mainly because this will take away from the intrigue of the novel, and the fun in trying to work things out yourself. But rest assured that each individual is fully rounded, developed, and we even learn more about some new characters, as well as some old.

The world of Crescent City expands so much more in this sequel. From learning more about different lineages through Ithan and Cormac, to exploring different parts of the world on various missions, Midgard is really starting to take shape as a whole world, rather than one city. It is truly a credit to Maas’ writing to be able to pull this off in what seems like (but almost definitely isn’t) such an effortless manner.

Finally, I cannot write this review without exclaiming about the ending. What. A. Finish. No spoilers here, but please, come and find me on my socials once you have finished this incredible, beautiful, soul-destroying book, and we can try and figure out what’s coming next.

There are some delicately beautiful little scenes, phrases, and moments in this book that will have your heart swelling with joy as you remember earlier scenes from the series.

Plot: I feared it was a bit static at times, but naturally Maas wrapped it all together in a way that has me gasping for the next book.

Characters: I love them, every single one. Even though Hunt got a bit boring, I still adore him. Plus, hello new favourites.

Theme/Message: Messages of love and hope, survival and standing up for what is write adorn this novel beautifully.