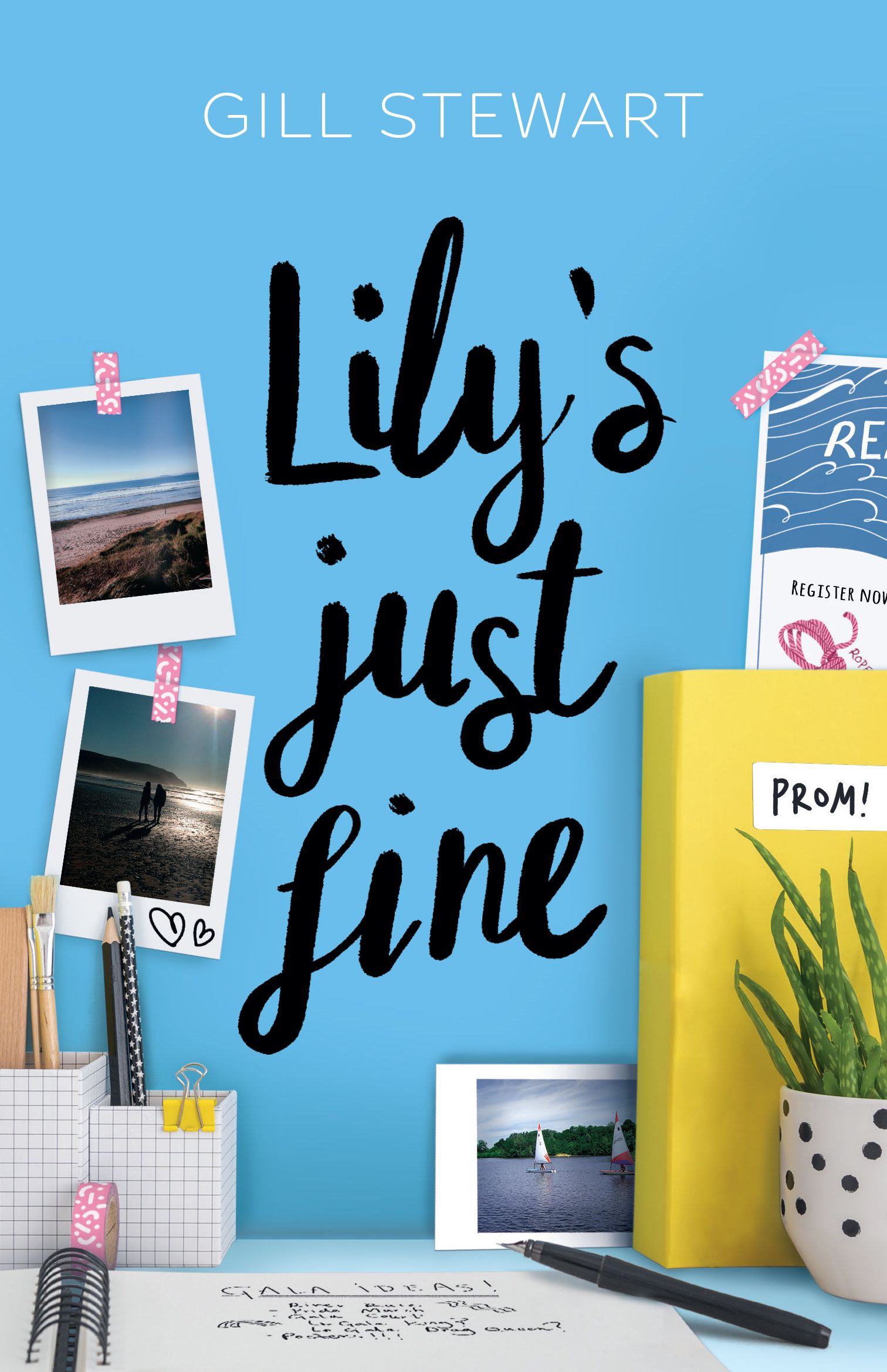 ‘Lily’s Just Fine’ gives us an easy, summer read with some important themes.

Lily couldn’t have planned life better herself. She lives in the best house in town and she’s dating the most popular boy in school. Everything else she can fix. Mum’s apathy? On it! The stuffy gala committee? Watch this space!

Tom has enough on his plate without trying to drag Newton St Cuthbert into the 21st Century. His sister is sick and there’s nothing anyone can do. Not doctors, not his parents, and certainly not Lily Hildebrand.

Lily’s Just Fine is told from two perspectives: Lily’s and Tom’s. It follows the events of their summer after the end of the school year, and shows how the two get to know each other from hardly ever speaking at school.

In some ways, the novel is quite typical of its genre. The plot is unsurprising, but that doesn’t mean it isn’t a sweet, fun read. The book is perfect for summer – the events of the plot focussing on the gala that happens every summer. There is sun, sea, and romance. However, I would be reluctant to call the novel YA as it feels as though it is written with a younger audience in mind. The characters seem to be around 16 years old, and very much act like it. This isn’t a problem, however there is little complexity that some readers may find tiresome.

Having said that, the novel does tackle a variety of important issues. Tom’s sister, Sarah, is chronically ill, and this seems to be handled well. We see Sarah’s ups and downs, but there is also a positive take in that Sarah becomes determined to have all the fun she can. Mental health is another big theme of the book, primarily in Lily’s mother, but I think it comes across in a few of the characters. Lily often denies the bad things happening around her, and forces herself to keep busy so she doesn’t have to think about or deal with them.

I found some of the characters to have quite extreme personalities. Gemma, Lily’s best friend, is a worrier – and this is mentioned from the start. However, I sometimes felt like this trait overtook the character, and it was hard to really get to know her. I occasionally felt the same about Lily, who, although is more rounded than Gemma, still seemed to only have one major aspect to her personality. I would have liked to have seen deeper, more complex characters.

The description in the novel is often short and sweet, but builds up an idyllic scene of a Scottish town. As I am unfamiliar with the towns and cities of the setting, I sometimes could have done with a little more description, but it was enjoyable to have it left up to my imagination.

The novel reminds me of books I read when I was younger, that had me itching for summer and imagining all the things I could do and be when I was old enough. Lily Hildebrand lives the life a lot of younger people wish they could. She takes part in everything, and isn’t afraid to share her opinions. She has lots of freedom due to an unusual situation at home – which means she can go and see her friends, and join in anything that she wants. It is a lovely, fun novel with some important messages for slightly younger readers, but I am sure older readers will enjoy it too – especially with summer on the horizon!

Lily’s Just Fine is due to be published on the 11th July this year – so keep your eye out! It will be on the shelves with perfect timing for the arrival of summer. It is book one of a four-part Galloway Girls series.

Overall, Lily’s Just Fine was a nice, easy summer read. I think it is better suited to slightly younger readers, but will be enjoyable for anyone.

I personally would have liked more depth to the characters and plot, as this would have rounded out the story. However, I did enjoy reading it, and I am looking forward to seeing what Stewart brings in the next instalment of the Galloway Girls.