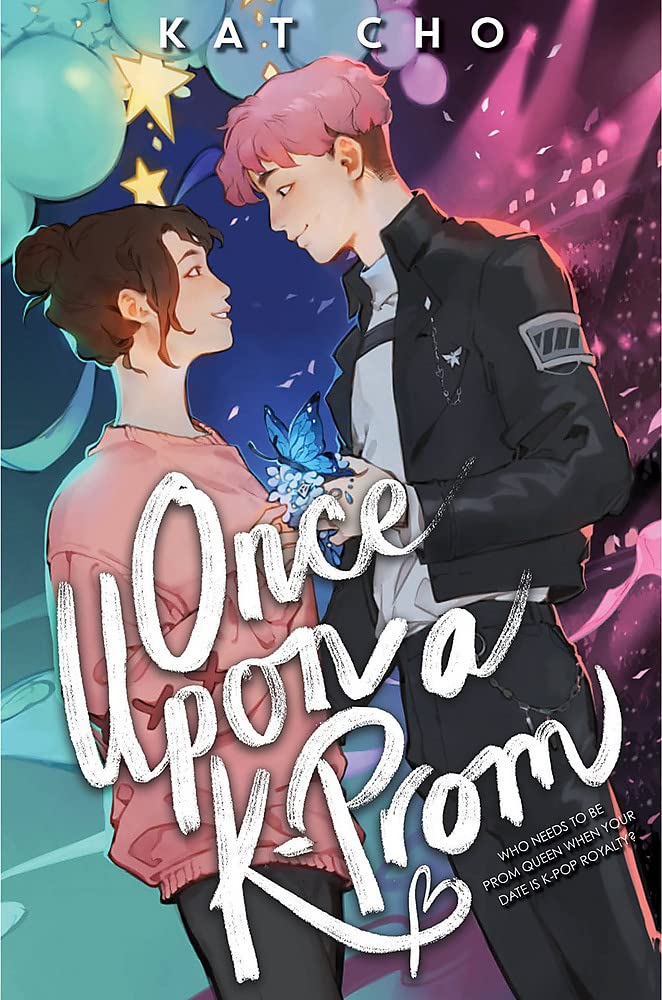 'Once Upon a K-Prom' by Kat Cho (Disney)

REVIEW: ‘Once Upon a K-Prom’ by Kat Cho is the perfect escape

What would you do if a K-pop idol asked you to prom?

As a K-pop fan, I have a love/hate relationship with books that are centered around the music genre. There are times when the stories can come off as stereotypical, but I am happy to say that wasn’t the case with Once Upon a K-Prom. I completely adored this book!

Elena Soo has always felt overshadowed. Whether by her more successful older sisters, her more popular twin brother, or her more outgoing best friend, everyone except Elena seems to know exactly who they are and what they want. But she is certain about one thing — she has no interest in going to prom. While the rest of the school is giddy over corsages and dresses, Elena would rather spend her time working to save the local community center, the one place that’s always made her feel like she belonged.

So when international K-pop superstar Robbie Choi shows up at her house to ask her to prom, Elena is more confused than ever. Because the one person who always accepted Elena as she is? Her childhood best friend, Robbie Choi. And the one thing she maybe, possibly, secretly wants more than anything? For the two of them to keep the promise they made each other as kids: to go to prom together. But that was seven years ago, and with this new K-pop persona, pink hair, and stylish clothes, Robbie is nothing like the sweet, goofy boy she remembers. The boy she shared all her secrets with. The boy she used to love.

Besides, prom with a guy who comes with hordes of screaming fans, online haters, and relentless paparazzi is the last thing Elena wants — even if she can’t stop thinking about Robbie’s smile…right?

It’s prom season at Elena’s school and everyone is excited about the special night. They’re ready for dressing up, fancy dinners, and massive limos. The entire student population is talking non-stop about prom, besides Elena and her friends. Their club has organized a campaign for students to spend less at prom this year and instead use their money to donate to the local community center.

I really enjoyed Elena as a character. She’s very timid with low self-esteem because she’s afraid to show people her true self. She doesn’t want anyone else to leave her like people always have. There were plenty of times that I wished I could be her friend to tell her how amazing she was! This made her journey more entertaining though because I was rooting for her until the very end.

Of course, going to the prom is the last thing on Elena’s mind, until her old childhood best friend shows up at her doorstep. He’s returned so he can keep their promise of attending the dance together. He also happens to be a member of the biggest K-pop group in the world.

It was so fun meeting Robbie and the rest of the group members!

I was happily surprised that we got some chapters from Robbie’s POV because it helped tie in the K-pop aspect of this book, and it was executed well. All of the members were fun! I wouldn’t be upset if Kat Cho decided to write another book in this universe centered around a different member.

The best word to describe this book would be: sweet. All first love stories are, and Elena and Robbie’s was very cute! There were a lot of obstacles between them, but reading about the two of them reconciling was heartwarming.

Once Upon a K-Prom is pure escapism and I loved it. It’s fluffy and exactly what I needed to read to feel better. This is a story about love, friendships, and finding the confidence to be yourself! I would recommend this book to anyone who loves YA romances or is a fan of K-pop.