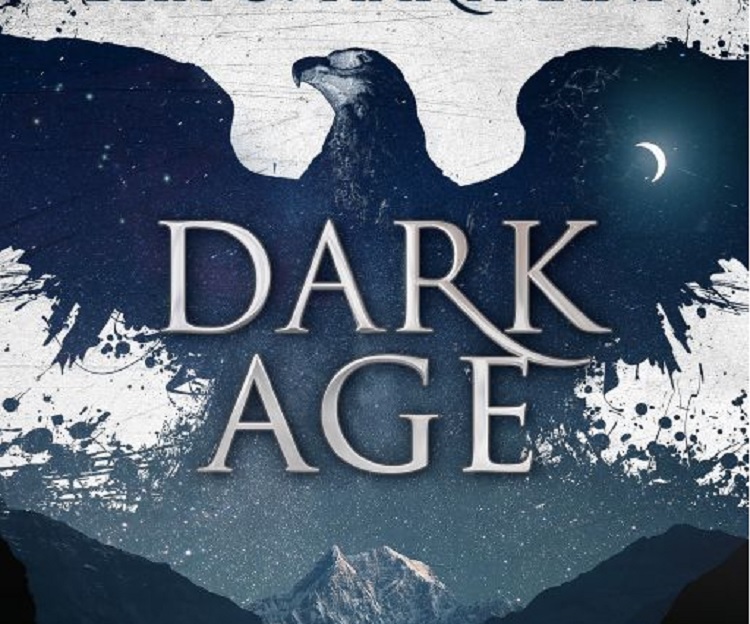 In a review of Dark Age by Felix Hartmann, we found refreshingly new type of story to join the ever growing YA genre

In 2154 the world as we know it has fallen into oblivion. Mankind lives decimated and scattered in the remnants of the old world. But only few know what really happened. Growing up in a secluded city ruled by a dogmatic tyrant, Adam watches the hunger starve the poor, sickness claim the young, and war kill his three older brothers. Turning seventeen, he has one year left before being forced to join the Grey Guard and follow his brothers into the unknown. Wanting to put an end to the broken system and mindless war, to seek a life of harmony with the one he loves, he decides to do whatever it takes to bring the tyrant to his knees.

I have decided to write this review a little differently to my normal set up. As the novel was split into three parts I would firstly like to give overall thoughts on each part – as they differed quite substantially in quality – before I go into more detail of individual elements, such as the characters.

Upon receiving this book the first thing I noticed was the beautiful cover. I know, I know, “don’t judge a book by its cover” but I’m telling you, this one is gorgeous! It also has stunning chapter headings that were a delight to see at intervals throughout the book.

Part one started off well. I found the descriptions of the first few pages to be beautifully done, with the scenes emerging clearly in my head from the offset. However I was a little disappointed with their decline. Soon, I found myself getting lost with some of the descriptions – with scenes being described in a way that suggested I already knew their set up, which unfortunately was not the case. I couldn’t create the image properly because I didn’t have enough information to do so.

I felt that generally this part was a whirlwind of scattered events and the passage of time. Chapters would begin, claiming three or five or six months had passed, which only served to suggest the story began too far in advance of where the plot was heading. I felt a much shorter time frame could have been used, with the same if not a higher level of impact.

Right from the first chapter of part two, the novel picked up. Characters felt more real, and more detail was given of events – such as Adam’s first day in the Guard. I felt immediate positivity once I started part two, finally looking forward to a good book that certainly has potential. At this point I felt as though getting through part one could have been worth it, as I began to see the real story emerge. We got to see life in the Guard, and found out a little more of Adam’s character. But all too soon time was once again passing too quickly. The Guard service lasts ten years – and we are taken briskly through each of them. Again, I felt as though a lot of the story was just a device to pass time. It didn’t feel like the main part of the plot, although upon reaching the end, it must have been.

By part three I honestly didn’t expect much. Time was moving far too quickly and lots of terrible things began to happen to the characters in quick succession; yet they weren’t given enough plot space to fully go into them, to explore their consequences. I ended up feeling little emotion surrounding them. I hadn’t formed much of an attachment to any of the characters, and was frankly disappointed with the choices being made and events unfolding.

Part two and three were much better than part one, with part two perhaps taking the number one spot. Part two was the place the novel got the most interesting; with twists and turns and character changes to make the whole thing more exciting. It definitely showed the author’s potential and flare for thinking of interesting stories, however I thought there was some development to go.

We are introduced to a new character just over 20 pages into the book, named Cecilia. I have to admit, at this point I envisioned yet another YA love triangle that I didn’t want to get involved with; although whilst I suppose a ‘love triangle’ isn’t strictly true, it is something that progressed to be something I couldn’t understand. Cecilia’s character starts off brilliantly. She is written with a haughty arrogance that I can’t help but love; she stood out to me, she had a strong personality and was a character you would not forget throughout the novel. Yet soon I saw her deteriorate. All of a sudden she is referred to as “revolting and attractive at the same time”, which is where my fear of the love triangle came from.

Adam has a girlfriend called Katrina, who he is desperately in love with and would do anything for. Yet now we see a potential rival, with a frankly disgusting personality which, initially, made her a great addition to the story. However, her character became inconsistent, with her soon seen as “giggling” which did not fit her original ‘holier-than-thou’ description.

Apart from Cecilia’s initial introduction, I did not find any of the characters to particularly stand out to me. I didn’t form a connection with any of them, and some of them slowly began to blend together.

At times I found the main character to be over-dramatic and rash, and I never really felt for him in the eleven year journey of the novel. Many bad things happened to him, and I could sympathise with the loss he felt; but only because the pain of loss was written so well that I could feel it for myself, not because I felt any closeness with the character.

Adam began with a strong mind and a strong mission – “to bring the tyrant to his knees”. Yes, I had an issue with this mission appearing to come out of nowhere BUT I admired his strive to do such a thing for Katrina. I found it refreshing to have a character that wasn’t so morally perfect. He didn’t want to do it because of the injustice towards his fellow townspeople; he wanted to do it so he could live with the girl he loves – I liked the realism of his motivations.
Adam also started off being described as intelligent and much more deeper-thinking than the general population. However his character seemed to worsen, and that intelligent spark slowly disappeared, as his choices suddenly became less thought out and more unlike his initial character.

In general the characters felt a little plain to me. Some stood out more than others, such as Constantine, or the Inquisitor. Those had good personalities that shone through when their scenes came up; yet other important characters sometimes felt no more discernible from the masses than those that only appeared once or twice.
The speech was mostly felt static, with a lack of contractions giving them a monotonous voice. Those from the Industrial District however, showed some variation; their clearly written dialect that gave them a different tone and voice to the rest. Overall their speech sounded very formal and somewhat prevented the separation of one character from the next.

The idea behind this story is a good one. There are lots of dark elements of society explored within the novel, which I thought worked very well. There is a lot of potential here – an interesting and different story can be told; however I felt that it had not quite been fully developed. It was interesting to read about a civilisation that seemed much like those of hundreds of years ago, but in the future; and the way in which that future came about was on the whole realistic. There is much praise to be given in that respect.

Sometimes the writing felt a little basic. I felt that some places could have been expanded with beautiful descriptions like those of the beginning of the novel; and much more information could have been given within the time frame that was used. I found some particularly big events were written to sound dramatic, yet this didn’t come across. Multiple times Adam would complain of his life turning into complete ‘chaos’, yet I hadn’t seen anything to prove it. I also noticed repeated spelling errors throughout the novel which were too consistent to go unnoticed.

I found inconsistencies throughout the novel. For example, a sudden hatred for the Inquisitor seemingly came out of nowhere – with the exception of a mention in the blurb. The huge hatred our main character had for this man, seemed somewhat unprecedented for me, as we had not been shown anything yet to suggest his horrible nature.
There were many times when I was wishing for evidence of the things claimed to be true. The blurb states that “Adam watches hunger starve the poor”, yet this isn’t mentioned until well into the novel; and then almost as a side note.

Similarly, a new element would be introduced without a notion of its existence beforehand – such as the people not being allowed to leave the valley they live in. It seemed out of the blue, which meant it didn’t feel like a flowing plot. Oftentimes I felt as though I was filling in parts of the novel for myself. It didn’t feel like a complete picture, and in some places I felt like it was guesswork to make scenes or events make sense.

I found that I was being told, instead of shown, things about characters. Overall I would have liked to have gotten to know the characters for myself, through reading their personalities and how they act in certain situations; rather than through another character telling me something is true.

The book as a whole felt somewhat rushed, with time passing so quickly, and events (such as lessons with Cecilia) with very little detail that could have made the whole thing come to life. The last few chapters left me feeling lost, with Adam appearing to understand a lot more than the reader. The end came about quite quickly. It sounded like it was heading in a new and exciting way – something different to many endings we see in YA novels – yet I thought this could have been conveyed more clearly.

I do not deny the potential of the author or the book. There are some good elements here, with good ideas and a clear demonstration of good writing ability. I feel that this could be excellent, and something new and refreshing to the YA genre, but I don’t think it is quite there yet.

This review is entirely my own opinion of the novel, and so others may see it differently. Try it for yourself (the novel is officially released on the 20th July this year!), and see how much you agree with what I’ve said – if at all.

A new kind of YA story