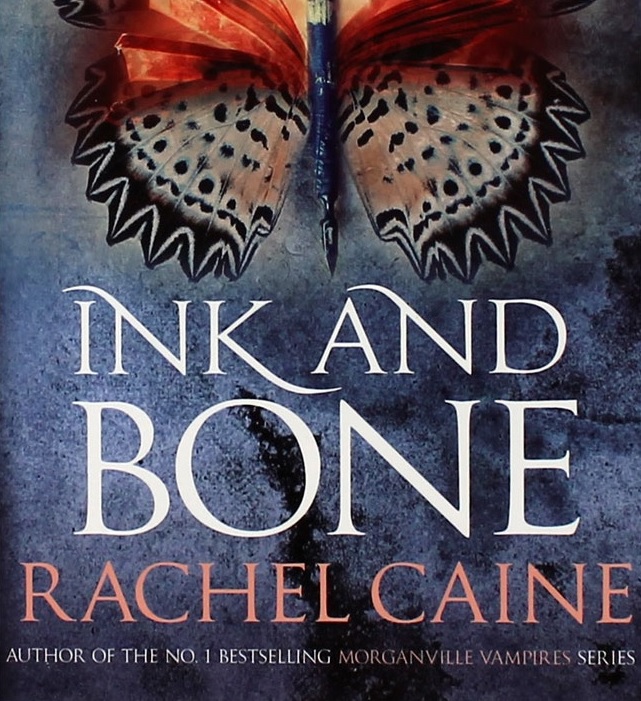 Rachel Caine does brilliant job in her new novel, ‘Ink and Bone’, in telling the story of a world where the Great Li

Unlike anything I’ve ever read before, Rachel Caine does brilliant job in telling a story about something close to my heart: books!

In a world where the ancient Great Library of Alexandria was never destroyed, knowledge now rules the world: freely available, but strictly controlled. Owning private books is a crime.

Jess Brightwell is the son of a black market book smuggler, sent to the Library to compete for a position as a scholar…but even as he forms friendships and finds his true gifts, he begins to unearth the dark secrets of the greatest, most revered institution in the world.

The theme of this novel is one I can’t even begin to explain my love for. The Great Library of Alexandria has fascinated me for years, how much knowledge did we lose when we lost it? Where would we be now if it hadn’t burnt down? A quick Google search can show you just how much Rachel Caine has put into this novel, how much research she has done to create the masterpiece sitting next to me. If you’re a book lover like me, then what could be more intriguing and exciting than a book about books? It is simply incredible.

The world in which the novel is set is beautifully drawn out – it involves the perfect mix of old and new, and of course fantasy elements which oddly, make it seem so realistic. Along the way you will stumble across a type of ‘magic’ that seems suspiciously like the Kindle…and seems to have a similar negative following as that of the real Kindle. Caine has turned the mundane into contraptions of wonder. She has created a world which I so very wish was real, purely to walk around in it myself, to experience the mystifying objects the characters take for granted.

The characters themselves were written brilliantly. I have been a fan of Rachel Caine’s work since I discovered Morganville (I even got a book signed by her!) and it seems I will be a fan for years to come. Ink and Bone feels a lot more grown up in its writing style, theme, and characters than Morganville did, but that could easily just be the age at which I read them having an impact.
Each character was so perfectly flawed, you grow attached even to the ones you’re not supposed to like. They’re full, rounded, and fantastic each in their own right. You’re amazed by them, inspired by them, and most of all sometimes you even wish you could be them. Rachel Caine is truly an inspiration when it comes to writing – her characters seem so real, and don’t get me started on their development. Wonderful, is all I will say – seriously, pick up a copy.

Before each chapter we are greeted with an unusually titled ‘ephemera’. I won’t lie to you, I had to look up what it meant, but I’m so glad I did.
‘Ephemera’ (as defined by the Merriam-Webster online dictionary) means:
1. something of no lasting significance.
2. paper items that were originally meant to be discarded after use.
Upon knowing this information, the contents of these ephemera became all the more hard-hitting. I feel as though I’ve been let into top secret information that no one was ever meant to see, and by this definition, they weren’t. They help to make the story all the more complete – whilst also giving more backstory and insider-knowledge that the characters have yet to discover. They were a stunning addition to the novel.

All I have left to do now is urge you to pick up Ink and Bone, I seriously doubt you’ll regret it.

Ink and Bone is the first volume in New York Times bestselling author Rachel Caine’s new series called ‘The Great Library’ (she’s bestselling for a reason, let me assure you). The second novel Paper and Fire is due out in July this year, and I’ll be the first one down to the book shop, that’s a guarantee.

A world of what if's answered

I gave the plot and characters 4.5 stars instead of five simply because I feel there is more development to be done. Ink and Bone is book one, I’m sure these elements will only get better.