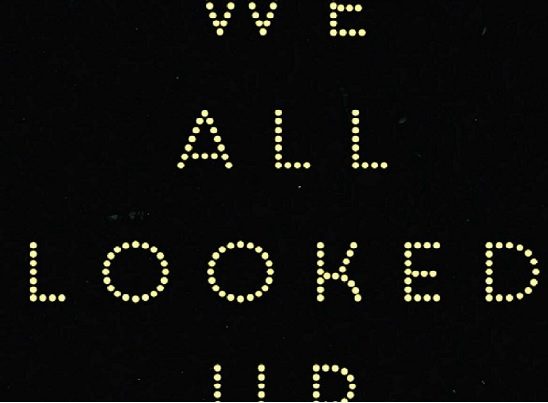 REVIEW: We All Looked Up ~ Tommy Wallach

As equally heartbreaking as beautiful, Tommy Wallach’s debut novel We All Looked Up thoroughly captivated me and dre

As debut novels go, We All Looked Up is probably one of the most powerful I have read. It was as equally heartbreaking as beautiful and I’m excited to see what Tommy Wallach comes up with next.

Before the asteroid we let ourselves be defined by labels: the athlete, the outcast, the slacker, the overachiever. But then we all looked up and everything changed.

They said it would be here in two months. That gave us two months to leave our labels behind. Two months to become something bigger than what we’d been, something that would last even after the end.

I have read apocalyptic books before, but none quite like this. We All Looked Up gives us the lead up to the apocalypse. I’ve read many post-apocalyptic books (The Hundred, The Maze Runner, and Warm Bodies to name but a few) but few seem to deal with the thoughts and fears of people in anticipation of the end. As a theme I thought this novel was quite unique, and provided not one, but four interesting and rounded perspectives on the end of the world.

Each character was beautifully flawed in their own way, and whilst some scenarios you could sense were about to occur, their decisions sometimes surprised and delighted you which is much more exciting than the same, predictable characters.

I thought all the characters displayed good and realistic developments. In the face of such an inevitable and terrifying end, their decisions and changes are more than justified. Peter, the athlete and the first chapter of the book, gave an insight into selflessness. I found some aspects of his character were easy for me to relate to, as his questions and thoughts were in line to similar ones I’ve had. Eliza gave me a whole new type of character to think about, and her different dimensions seemed very well thought out. Anita went through a particularly big character development, but one that is understandable faced with two months to live and a life that hasn’t really been lived yet. And finally, Andy showed me a type of person I have never met before, but challenged stereotypes and made for a wonderful device with which to teach perhaps the harder lessons of life.

Each character showed a slightly different extreme, and their contrast was an excellent way of presenting how differently the same situation can affect people. I enjoyed the way Wallach varied the voices of each character, making them real and distinct. This was done so well that I reckon it is possible to determine which character’s point of view the chapter is from, without the handy headings.
The characters were written so realistically and genuinely that I became attached to each of them, despite any initial judgments I may have made about them. Though the same cannot be said of the secondary characters – though I suppose that is the point.

I would like to take a moment now to admire the layout of the book. There are black pages throughout showing a countdown to the asteroid getting to earth, and I simply thought this was an effective way of building the tension of the novel; and providing some simple yet exciting visuals throughout.

The messages of this book, personally, are vast. There are all sorts of lessons you could take from reading We All Looked Up, and the most prominent one is likely to depend upon the person reading it, and the circumstances of their life at that point in time. I don’t think anyone could read this without taking something from it, and on that note I encourage everyone to pick it up. I found it to be a relatively quick read, which may simply be due to its ability to drag me in and make me reluctant to put it down.

I wrote this entire review whilst listening to Wallach’s album he created specifically for the novel, which you can listen to for free on his website. This is itself is a beautiful piece of work, and something I suspect I’ll keep returning to.

I thoroughly enjoyed We All Looked Up, with large but not overwhelming amounts of heartbreak (although I reckon there is the potential for tears should you wish to read it in one sitting). I hope to soon read Wallach’s second novel, ‘Thanks for the Trouble’ and find a similar opinion.