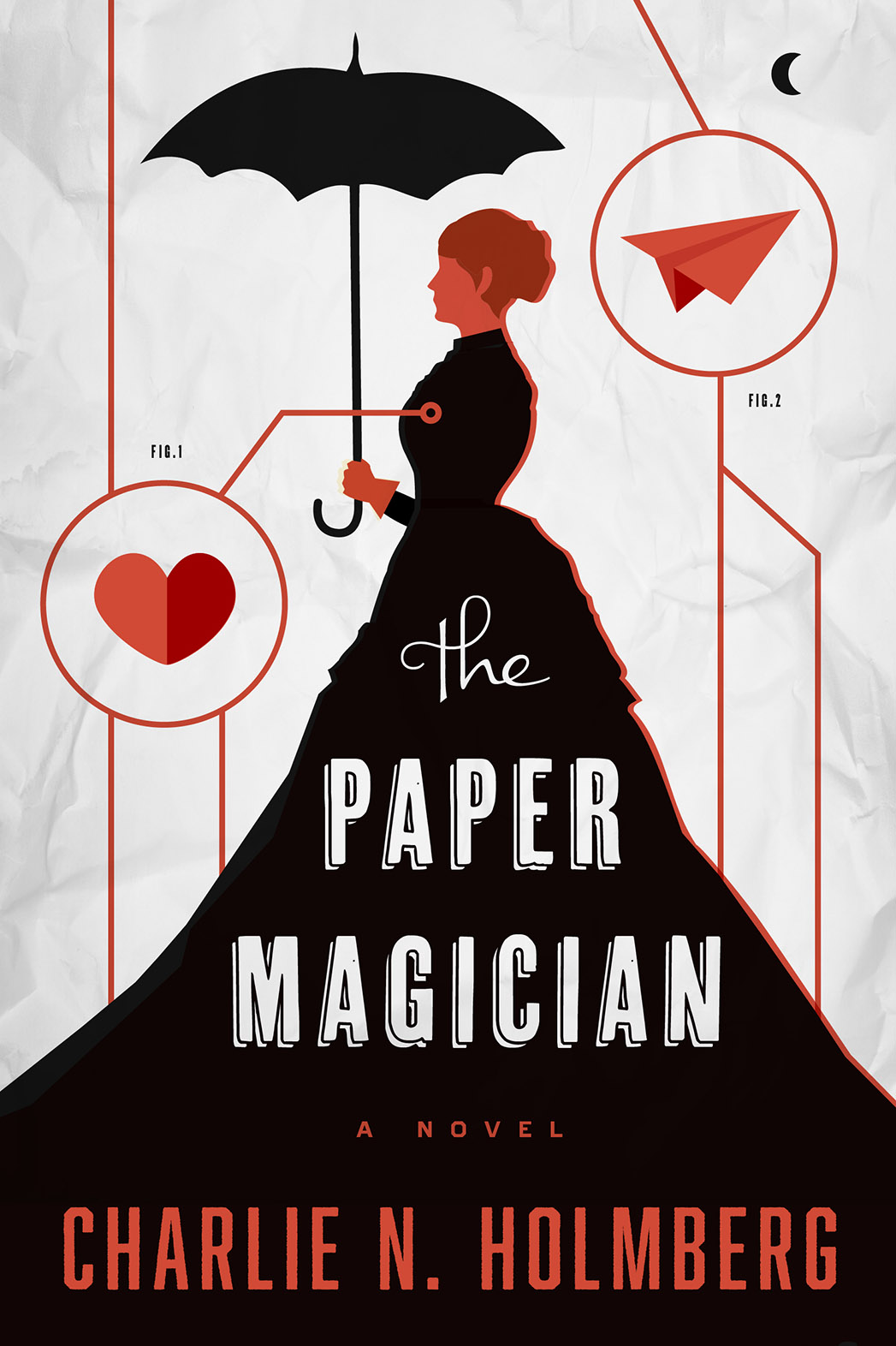 The Paper Magician explores magic in an entirely new way, but unfortunately underwhelms as a novel.

A book I was perhaps a little too excited about, The Paper Magician by Charlie N. Holmberg imagines a new type of magic that I have never read before.

Ceony Twill arrives at the cottage of Magician Emery Thane with a broken heart. Having graduated at the top of her class from the Tagis Praff School for the Magically Inclined, Ceony is assigned to an apprenticeship in paper magic despite her dreams of bespelling metal. And once she’s bonded to paper, that will be her only magic…forever.

Yet the spells Ceony learns under the strange yet kind Thane turn out to be more marvelous than she could have ever imagined – animating paper creatures, bringing stories to life via ghostly images, even reading fortunes. But as she discovers these wonders, Ceony also learns the extraordinary dangers of forbidden magic.

An Excisioner – a practitioner of dark, flesh magic – invades the cottage and rips Thane’s heart from his chest. To save her teacher’s life, Ceony must face the evil magician and embark on an unbelievable adventure that will take her into the chambers of Thane’s still-beating heart – and reveal the very soul of the man.

As I was typing out the blurb, I realised how much it gives away. I don’t recall reading the full blurb before I read the novel – having heard good things about it and being recommended it via Goodreads. After reading it however, this blurb gives the whole story away! I was disappointed with the novel overall, but upon typing that out I am even more so.

I found that the story was too predictable. At first, I thought it was going to take a different turn, but it ended up going in the exact direction I was expecting. It wasn’t original enough for me.

I also found that the characters weren’t developed properly. We aren’t given enough time with Ceony and Thane before The Event happens for us to really get to know them, therefore I never built a connection with them. I needed some more detail of their situation, and more vivid descriptions of the magic Ceony learns. The blurb states that it is “more marvelous than she could have ever imagined” but within the story itself, I do not think this is the case. It is not shown to be so wonderful.

The writing, for me, got a little confused throughout. Sometimes the characters spoke very formally, which didn’t match with the tone of the rest of the book. It felt a little disjointed.

I really enjoyed the idea behind this novel. Holmberg imagines magic in a different way to that which I have ever read – instead of people being inherently magical, they learn it, and choose and element to bond to. They spend their life with only that type of magic – which explains Ceony’s huge disappointment that she can’t study the type of magic she wants to.

In general, I think the novel was too short. It needed more time and space to cover everything more thoroughly; it build up the characters and the world better. I still find myself confused on the workings of the world The Paper Magician is set in. I wanted more background information.

Overall, The Paper Magician is an easy and quick read, which was personally, a bit of a disappointment. However, it is a trilogy with lots of positive following, so it may be an idea to read it and see what you think.

In general I was underwhelmed with this novel. The theme has some potential, but I think it needs to be explored more.