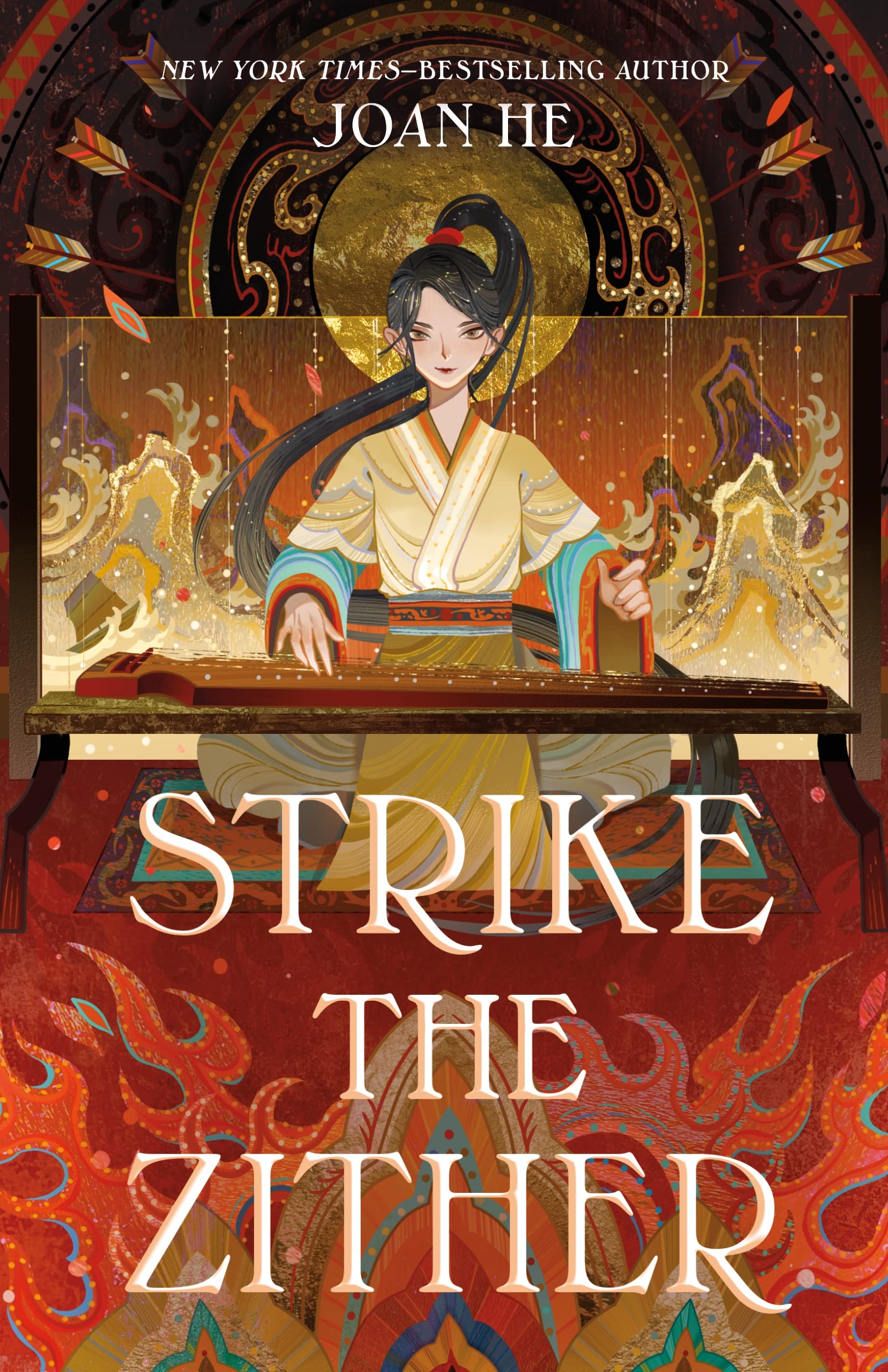 'Strike the Zither' by Joan He (Roaring Brook Press)

REVIEW: ‘Strike the Zither’ by Joan He is an action-packed story filled with lots of scheming

Joan He is back with an enchanting new book and it’s her best yet!

Inspired by the Chinese classic literature of Romance of the Three Kingdoms, this story stands on its own and is full of heart.

The year is 414 of the Xin Dynasty, and chaos abounds. A puppet empress is on the throne. The realm has fractured into three factions and three warlordesses hoping to claim the continent for themselves.

But Zephyr knows it’s no contest.

Orphaned at a young age, Zephyr took control of her fate by becoming the best strategist of the land and serving under Xin Ren, a warlordess whose loyalty to the empress is double-edged — while Ren’s honor draws Zephyr to her cause, it also jeopardizes their survival in a war where one must betray or be betrayed. When Zephyr is forced to infiltrate an enemy camp to keep Ren’s followers from being slaughtered, she encounters the enigmatic Crow, an opposing strategist who is finally her match. But there are more enemies than one — and not all of them are human.

For those readers who are like me and aren’t familiar with Romance of the Three Kingdoms, Joan He does a wonderful job setting up this world for us.

The empire is divided into three factions and each has three different warlordesses leading them. Everyone wants to claim the other’s land as their own creating constant chaos for everyone. Now enter the knowledgeable strategist, Zephyr, who claims her loyalty to the one warlordess who doesn’t have any land at all. The one thing that does help her gain followers is her name, Xin Ren.

These two are the heart of this story. Xin Ren has her own strong beliefs in fighting this war that challenge Zephyr’s tactics of doing absolutely anything to win. Their views clash at times, but one thing always remains and that’s their loyalty to one another. The trust in their relationship is truly unbelievable.

When Zephyr sees an opportunity to finally gain an alliance with the South for Xin Ren she seizes the moment. Unfortunately, that means she must play the role of a defector and enter their enemy’s territory. This is when Xin Ren must put her faith in her strategist.

This book is full of morally grey characters and I think it worked well! I personally find that this makes for the most interesting stories because they are less predictable.

It took some time to adjust to being inside Zephyr’s head. She’s a hard character to love and root for at first because she is extremely arrogant. Her tactics are sometimes cruel, too. My favorite character is Crow, the strategist from the North. Crow and Zephyr immediately clash and it was so fun reading their interactions! I wish we got more of them, but I have hopes that we will see more of Crow in the next book.

As the story continues, there is a major plot twist that changes the direction of this story. The fantasy elements of this book become more prominent and I really enjoyed it!

I’ve been a huge fan of Joan He’s writing since I read Descendant of the Crane, and I think Strike the Zither is her best book yet! Her writing has immensely improved and it’s captivating. She has a way of writing tricky worlds with fleshed-out characters. I can tell that she poured her heart into telling this story. Every relationship and character shows how much this book means to her.

There are a lot of politics and betrayals to keep readers intrigued throughout the entire story. Another huge plot twist is revealed in the final chapter that sets everything up for the next book. I’m looking forward to a certain character hopefully playing a major role in the future plot!

Overall, Strike the Zither is a strong start to a promising series. If you love fantasy stories that focus on politics then this book is perfect for you!

A true tale about loyalty