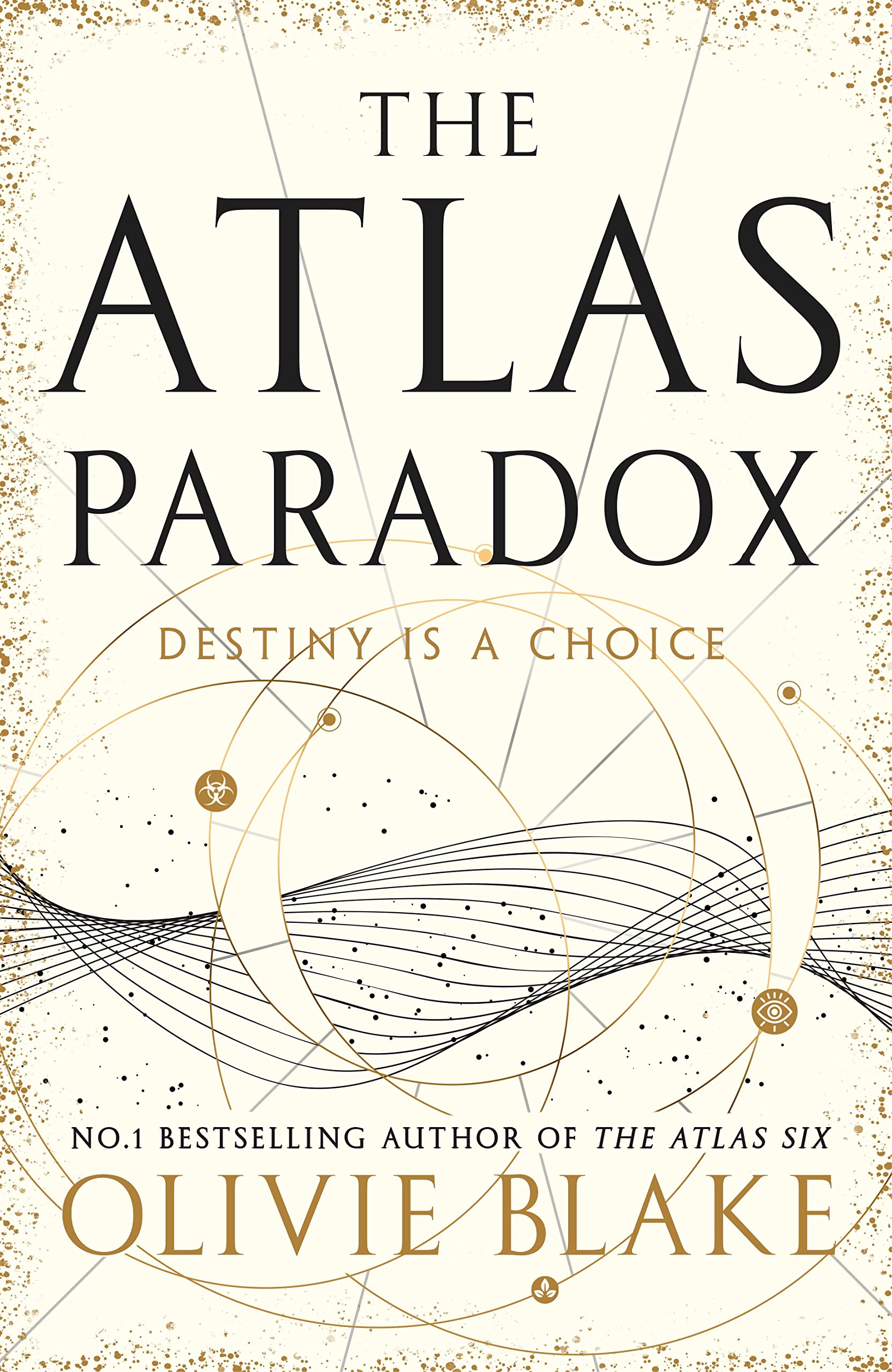 REVIEW: ‘The Atlas Paradox’ by Olivie Blake offers intrigue and a little confusion

‘The Atlas Paradox’ offers more intrigue in the world of the Alexandrian Society.

After the dramatic events of The Atlas Six, I was desperate to find out what happened next with Olivie Blake’s characters in The Atlas Paradox.

The world’s best magicians were offered a choice. Could they kill one of their number for limitless power? For most, the decision seemed easy. Then everything went wrong.

Tristan and Nico are both convinced Libby never died, despite seeing her body. Nico recruits his closest friend to hunt down his nearest rival. But Tristan embarks on increasingly hazardous attempts to unlock his powers. And within the Society’s claustrophobic headquarters, the other initiates are unravelling. Parisa Kamali has unlocked something dangerous within Dalton’s mind. Reina Mori is barred from knowledge she’s become desperate to acquire. And Callum Nova, marked for death, remains ominously alive.

As events gather momentum, alliances fracture and enemies aren’t quite what they seemed. The new recruits are aware that the Alexandrian Society possesses raw, world-changing power. Yet the morals of Atlas Blakely, their elusive Caretaker, seem increasingly questionable. They’ll be forced to choose a faction, but what else must they sacrifice for knowledge? And where — or when — is Libby Rhodes?

Like its predecessor, The Atlas Paradox is a character-driven read. Although there are things going on, it doesn’t really feel like much happens in the novel. A lot of the reader’s time is spent in the heads of the main protagonists, and as such we are privy to a lot of internal thoughts and musings rather than first-hand action.

The best part of this novel is by far the Libby-Nico-Tristan element. After being kidnapped by her apparently evil ex-boyfriend Ezra, Libby finds herself stuck in the past without either of the two people she needs to bring herself back. As her devoted nemesis, Nico finds himself slowly falling apart without Libby to balance him. Along with Tristan and the ever-loveable Gideon, the boys develop increasingly unhinged tactics to find and retrieve Libby.

This aspect of The Atlas Paradox also has the most action and thus drives the majority of the book. The character development is strongest here, too. Libby slowly loses the anxieties that plagued her throughout the course of The Atlas Six, and we begin to see the feisty, powerful woman underneath. Nico’s internal monologue tells us something vital before he realises it himself — and watching him come to this realisation is particularly satisfying. Meanwhile, Gideon navigates his mother, Dalton’s mind, and the dream world to find Libby and act as the man in the chair for Nico; and Tristan develops his powers in his determination to find the woman who makes him feel the most alive.

On the other side of the spectrum, I found Callum, Reina and Parisa’s movements to be relatively mundane. Although Reina and Parisa particularly are discovering interesting things, their chapters were the slowest. Reina remains one of my favourite characters however she is lacking plot events to truly make her shine. Parisa has her own battles to fight although I was not as invested in the Parisa-Dalton arc as I’d hoped. And Callum is…Callum. Struggling with his inner demons, we begin to see a different side of the empath. I hope this continues into the final book of the trilogy.

The Atlas Paradox can, understandably, only do so many things. Blake’s choice to focus on the Libby-paradigm is certainly the right one, although I hope the other half of the characters are given a little more excitement as the series draws to a close and all these loose threads finally begin to weave together.

I find the writing incredibly detailed in certain ways, and yet somewhat lacking in others. I often wondered at the necessity of the complexity of some of the characters’ musings. It seemed as though it was trying to be The Secret History in its dark academia-style thought processes, but more often came across as a little pretentious and confusing for the sake of it, rather than having any real depth.

Nevertheless, the prospect of The Atlas Paradox remained intriguing and I absolutely want to see how the trilogy concludes. This is a brilliant series for those who enjoy dark academia books but prefer a fantasy, rather than crime, twist.

Plot: definitely more character-driven, although the plot events that did happen were exciting.

Characters: some more interesting than others. I hope they are all given the space to shine as the trilogy reaches its conclusion.

Writing: I found it lacking in places that left description to be desired and characters to be honed.