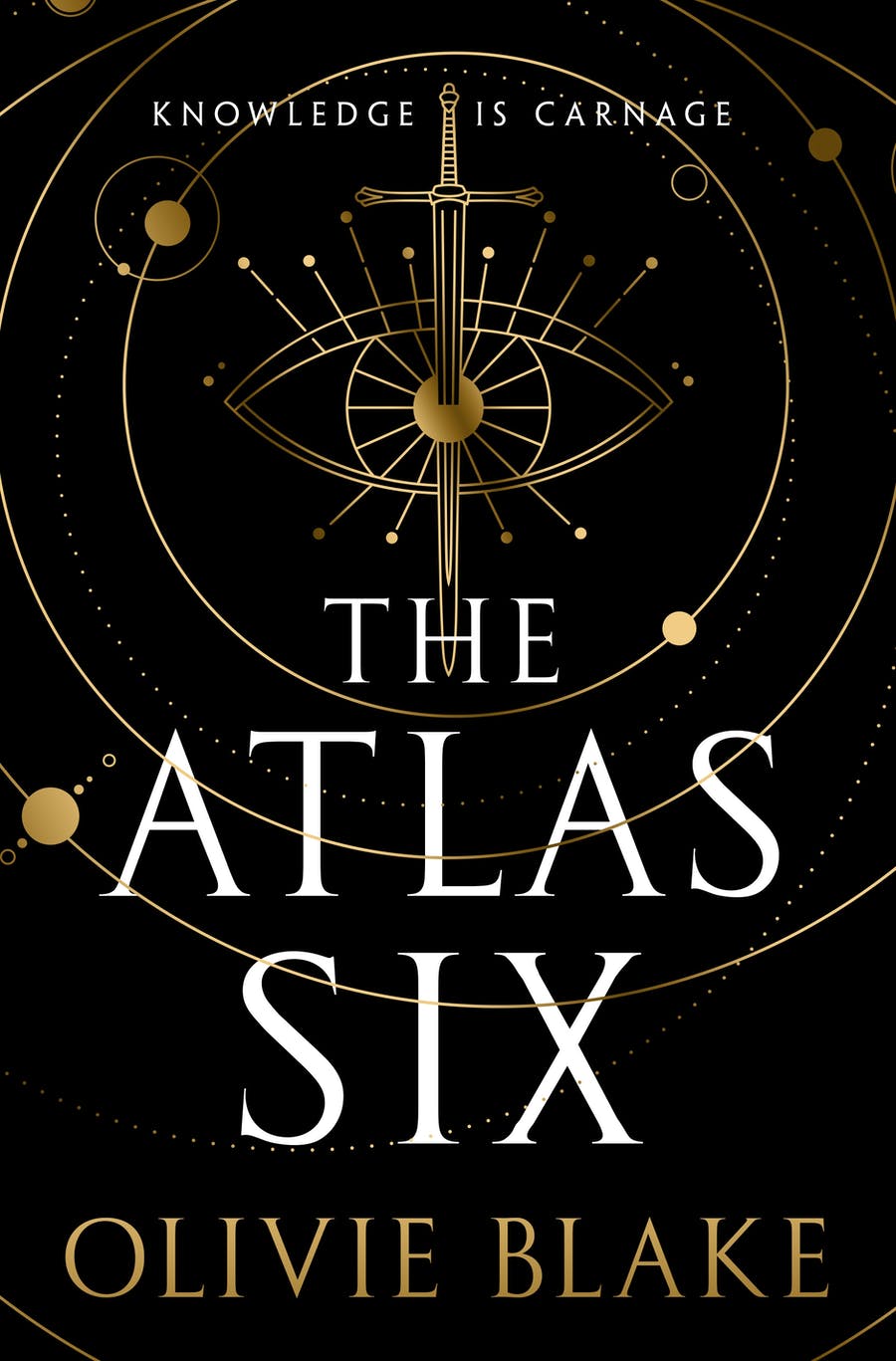 REVIEW: ‘The Atlas Six’ by Olivie Blake is dark academia with a magical twist

Excellent writing paired with a fantastical take on the popular dark academia, ‘The Atlas Six’ will be a hit.

Intrigued by the prospect of The Atlas Six, I was pleasantly surprised to find a dark academia-style novel that I could get behind.

Welcome to the Alexandrian Society.

Each decade, six magicians are invited to compete for an incredible prize — a place within the secretive Alexandrian Society. Its custodians guard knowledge from ancient civilisations, and enjoy incredible power. This time, the chosen few are…

Parisa Kamali, a telepath who can perceive the deepest of secrets.

Reina Mori can control the flow of life itself.

And Callum Nova is an empath who can manipulate the desires of others.

Finally there’s Tristan Caine, whose powers mystify even himself.

Following recruitment by the mysterious Atlas Blakely, they travel to the Society’s London headquarters. Here, each must study and innovate within arcane subject areas. And if they can prove themselves, over a year, they’ll survive.

The concept of The Atlas Six, whilst not particularly original, is done in such a beautiful manner that it feels entirely unique. Olivie Blake takes the premise of a lethal competition to new heights as she weaves it into a dark academia story full of magic and secrets.

This is a great novel for fans of books like The Secret History and A Deadly Education, among others. The Atlas Six is based upon the idea of the lost Library of Alexandria and the knowledge it held, but in this world, the Library has become a secret society hidden from mortals and open exclusively to the most talented magicians.

The highlight of this novel, for me, was the writing style. Olivie Blake has this uncanny ability to write with such deep, reflective thought and yet remain accessible. You cannot help but feel studious as you read, and the itch to learn more, to see what other secrets the Society holds, is relentless.

In some parts, however, there was a lack of description that resulted in a lack of vividness; I was never fully able to see how the magic worked in my head or, for that matter, what many of the characters properly looked like. Having said that, The Atlas Six is a very character-driven novel. We have chapters from the perspectives of all six initiates which allows the reader to delve deeper into each individual psyche. What we lack in physical description is certainly made up for in the cleverly-written intricate workings of the protagonists.

The characters themselves are incredibly morally-grey, which I really enjoyed. Usually, unlikeable characters put me off a story, but the concept was so interesting that I wanted to learn more, and as I did so the characters became more and more complex — and more difficult to label in terms of “good” or “bad”. Much like real life. In many ways Blake’s novel is a fantastic study of the human mind.

Despite being character-driven, and therefore absent a particularly action-packed plot, the pacing felt quite fast. I loved how captivated I was by each page, and how quickly I devoured the book. I couldn’t get enough as the story unfurled deliciously, and I tried to work out the machinations going on behind the scenes. Blake has done a brilliant job at creating a dynamic story that gives just enough information to let the reader figure things out for themselves, but little enough that there are still surprising, and therefore delightful, reveals.

All in all I was incredibly impressed with The Atlas Six. It is a style I haven’t read much of, and enjoyed immensely. It is a beautiful read that cleverly mixes magic with science to create a world that is so similar to our own, and yet inevitably, inconceivably different. I think many readers will love this book, and even those that are apprehensive about character-driven stories should give it a go. You may find yourself pleasantly surprised and, like me, craving the sequel.

Plot: The Atlas Six is undoubtedly a character-driven novel that allows for a fascinating exploration of the human psyche in a world of magic and science.

Characters: Intriguing and unique, I couldn’t turn away from any of them despite their moral leanings.

Writing: So much better than I expected. Detailed and studious, yet accessible and completely captivating.

Theme/Message: This left me with a lot to process, and Blake does a great job at asking the big questions of humanity and society through this story. A reread is definitely needed as I am sure she is saying so much more than can be ascertained on first glance.