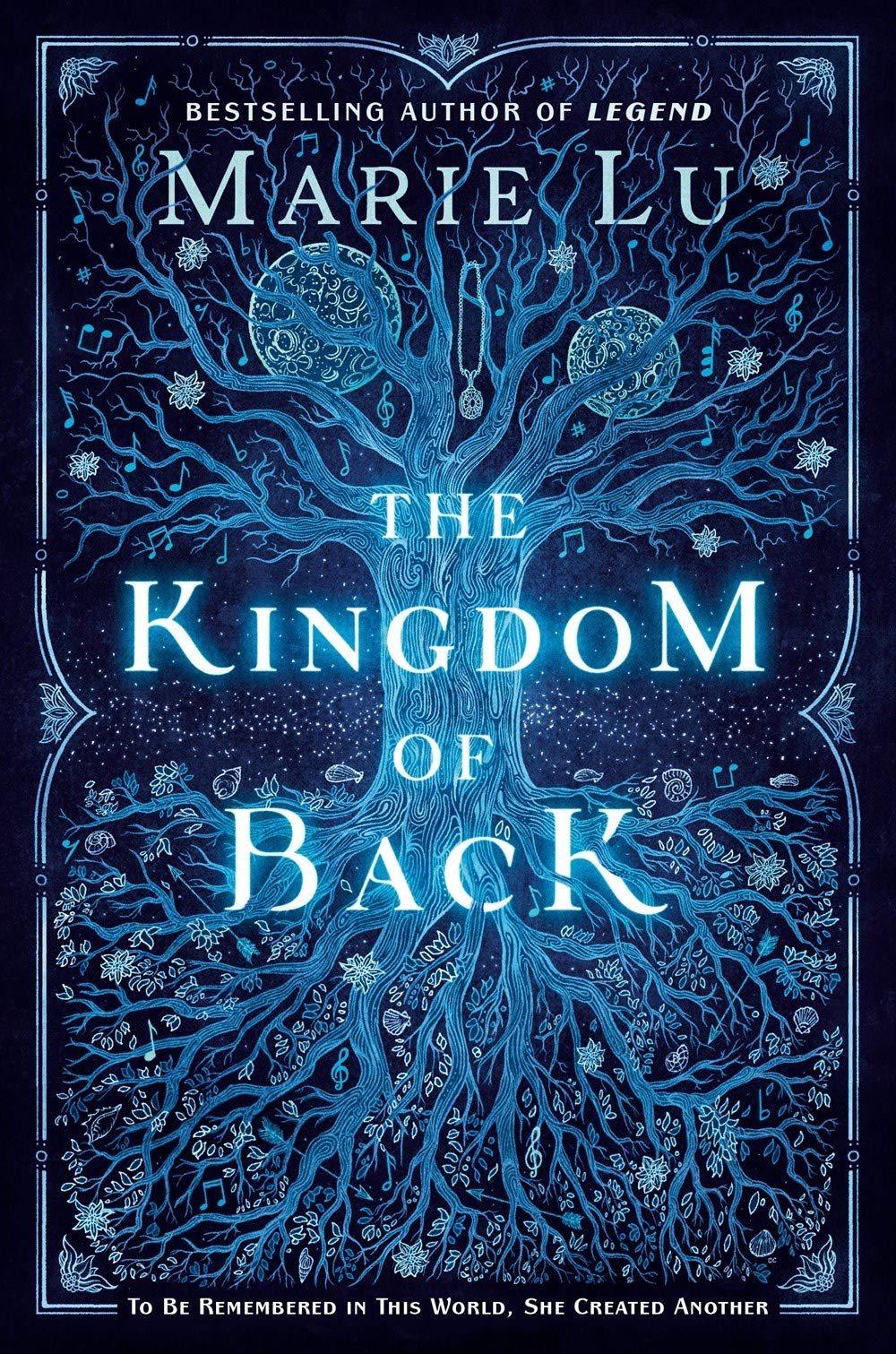 'The Kingdom of Back' by Marie Lu (G.P. Putnam's Sons Books for Young Readers )

REVIEW: ‘The Kingdom of Back’ by Marie Lu is a beautiful piece of art

Marie Lu perfectly blends history and fantasy together to tell her best story yet.

Nannerl Mozart is ready to be seen and have her story told, and Marie Lu does an impeccable job telling it.

Two siblings. Two brilliant talents. But only one Mozart.

Born with a gift for music, Nannerl Mozart has just one wish—to be remembered forever. But even as she delights audiences with her masterful playing, she has little hope she’ll ever become the acclaimed composer she longs to be. She is a young woman in 18th century Europe, and that means composing is forbidden to her. She will perform only until she reaches a marriageable age—her tyrannical father has made that much clear.

And as Nannerl’s hope grows dimmer with each passing year, the talents of her beloved younger brother, Wolfgang, only seem to shine brighter. His brilliance begins to eclipse her own, until one day a mysterious stranger from a magical land appears with an irresistible offer. He has the power to make her wish come true—but his help may cost her everything.

In her first work of historical fiction, #1 New York Times bestselling author Marie Lu spins a lush, lyrically-told story of music, magic, and the unbreakable bond between a brother and sister.

Going back in time to when Wolfgang Mozart was a mere child, there was another Mozart who was just as talented as he grew up to be. Nannerl is the older sister of the Mozart the entire world knows of, and The Kingdom of Back is her story.

Being the eldest Mozart, Nannerl’s father taught her for hours to perfect her skills on the clavier. He saw Nannerl’s amazing talent at such a young age and worked hard to showcase it to others. And this was Nannerl’s dream. She wanted nothing more but to be remembered for eternity.

Nannerl was such a fascinating person and I loved learning of a Mozart I never knew of. She was intelligent and ambitious with a heart of gold. She lived in a time where women weren’t meant to be more than wives and mothers, but she still inspired to leave behind a legacy.

As the years pass and her younger brother, Wolfgang, begins to show his own talent and ambitions, Nannerl becomes frightened. Until she suddenly meets a beautiful boy who tells her that he can make all of her wishes come true.

Although the beautiful boy tells Nannerl he can help her, this world is one the Mozart siblings share. They build upon it and visit it together. I think that’s what made the fantasy element so intriguing. The kingdom was based on the bond shared between Nannerl and Wolfgang.

The story continues with Nannerl working on quests inside of the kingdom and her real life, struggling with her jealousy of Wolfgang. There are a lot of important moments throughout and a bit of magic. I don’t want to spoil much of the book but all of this is a lot of fun.

When I heard that this book was a historical fantasy, I was curious to read how Marie Lu would weave the two together. Let me say that The Kingdom of Back might be Marie Lu’s best piece of literature yet. The world she builds inside of 18th century Europe is confusing at first, but as the story progresses everything blends together perfectly to tell Nannerl’s story.

The Kingdom of Back is for every woman who has ever been told she wasn’t allowed to dream because of their gender. The world may never know if they heard Nannerl’s compositions through the hands of her brother, but thanks to The Kingdom of Back a piece of her story can reach readers and live on.

Not many people know this, but Wolfgang Mozart had an older sister who was just as brilliant as he was. The Kingdom of Back delves into the life of Nannerl Mozart and the hardships she endured simply because she was a talented woman. Marie Lu’s writing is at her finest as she weaves history and fantasy together to showcase the strong bond shared between the Mozart siblings. The Kingdom of Back is a wild ride that will leave readers full of hope.