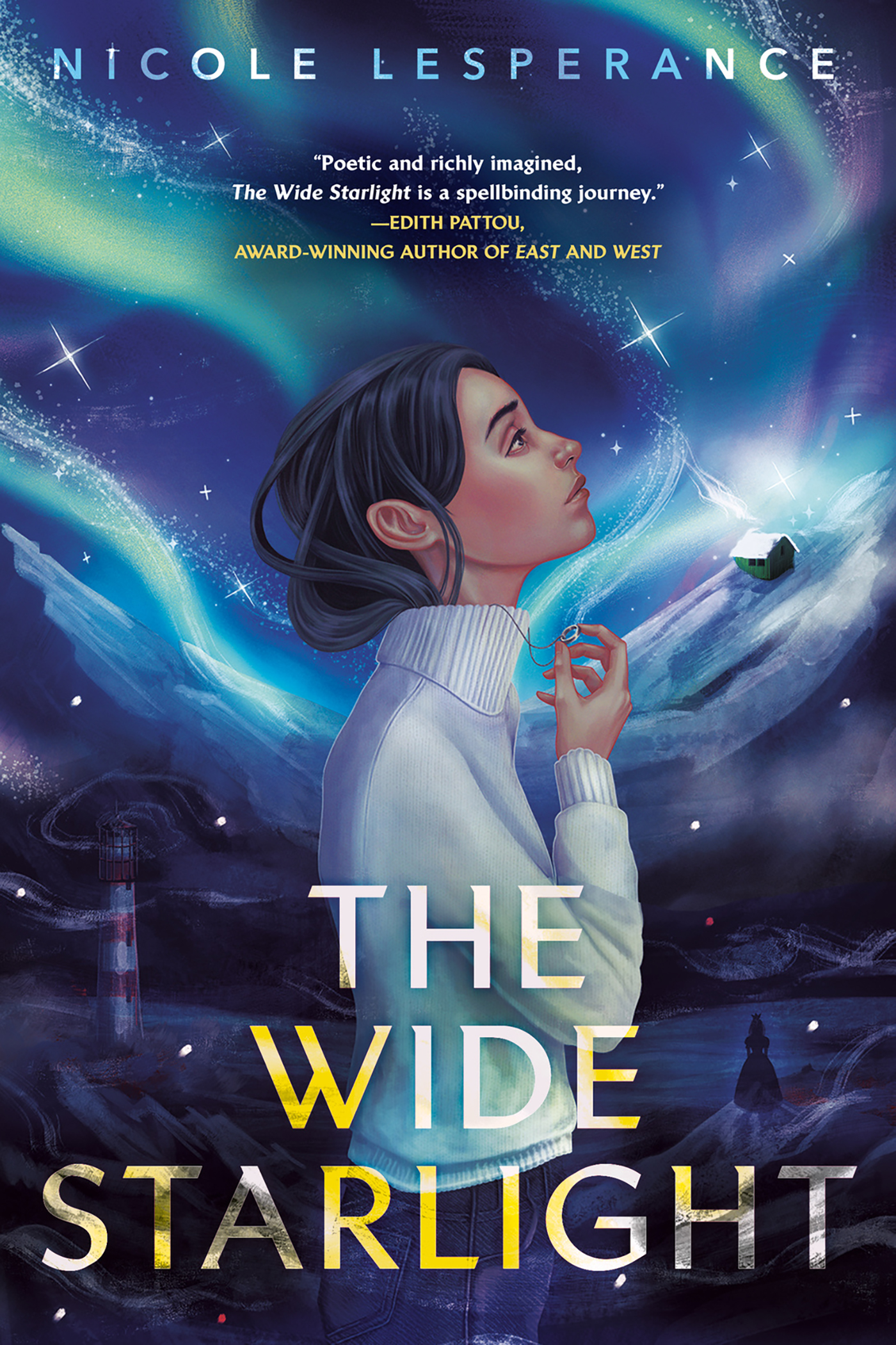 REVIEW: ‘The Wide Starlight’ by Nicole Lesperance is heart-wrenching and beautiful

This moving contemporary fantasy drips with emotion from start to finish.

Imaginative and soul-stirring, The Wide Starlight perfectly encapsulates the journey between tragic loss and acceptance.

Never whistle at the Northern Lights, the story goes, or they’ll sweep down from the sky and carry you away.

Sixteen-year-old Eline Davis knows it’s true. She was there ten years ago, on a frozen fjord in Svalbard, Norway, the night her mother whistled at the lights and then vanished.

Now Eli lives an ordinary life with her dad on Cape Cod. But when the Northern Lights are visible over the Cape for just one night, she can’t resist the possibility of seeing her mother again. So she whistles — and it works. Her mother appears, with snowy hair, frosty fingertips and a hazy story of where she’s been all these years. And she doesn’t return alone.

Along with Eli’s mother’s reappearance come strange, impossible things. Narwhals swimming in Cape Cod Bay, meteorites landing in Eli’s yard, and three shadowy princesses with ominous messages. It’s all too much, too fast, and Eli pushes her mother away. She disappears again — but this time, she leaves behind a note that will send Eli on a journey across continents, to the northern tip of the world.

I’ve always been more interested in the darker sides of fairy tales; the parts that occur off-page or off-screen, where there are no knights in shining armor or fairy godmothers to poof the evil away. Because, at some level, all magic must come at a cost. Sometimes that cost doesn’t result in a very happy ending.

Of course, this magic comes with its own sacrifice: Eli’s mother. Ever since one fateful night in the middle of a frozen fjord in Norway, she’s spent a fair share of her life grappling with the circumstances of her disappearance. That is, until her mother mysteriously appears and she’s forced to confront a healing process she’s avoided for years.

While it only drops a handful of fairytales throughout its pages, The Wide Starlight could very well be an original fairytale in itself. Eli is a compelling heroine, her enemies are mysterious and terrifying, her journey is mesmerizing and Lesperance’s writing is so graceful yet gripping. I can see it joining the ranks of other classics.

Eli’s journey across the world is a mere backdrop; the real plot is what happens inside her own head. And, frankly, it’s a bit of a whirlwind. Still, her determination to seek out answers and understand the relationship between her and her mother is nothing less than riveting. This see-saw of emotions is heartfelt and real, making every raw sentiment a tangible product I could practically touch through the pages.

As such, The Wide Starlight is one of those books that are better read blind. Its exhilarating turns deserve to be experienced the way they were meant to. Each character is vivid and enchanting, pushing the novel’s fantastical feel a notch further. Its themes of loss, love and life are so fully realized they’re simultaneously inspiring and heartbreaking. Lesperance’s writing never misses a beat, plunging scenes further and further into a world of intense magic and ambiguity. It all leads into a poignant finale that is so breathtaking it transcends description.

Without a doubt, The Wide Starlight is a book I’ll remember for a long, long time. It is a reminder to find the beauty in life and hold close to those you love — before they, too, vanish into the lights above.