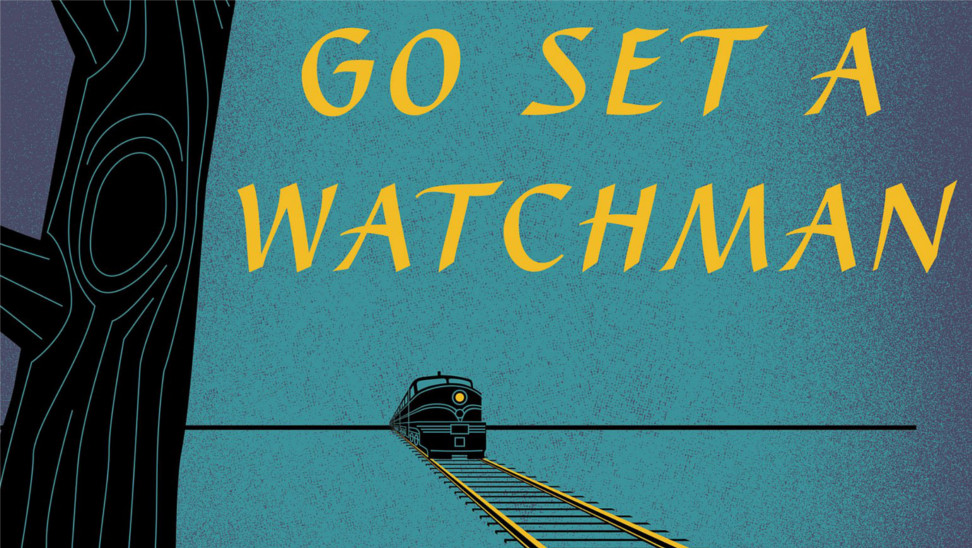 Was it ever possible for Go Set a Watchman to live up to the hype and join To Kill a Mockingbird as one of the most important pieces of literature?

On Tuesday, July 14th 2015, the landscape of literature was arguably changed forever. 55 years after the release of To Kill A Mockingbird, one of the most important texts of the twentieth century, a second novel by Harper Lee was published. Go Set A Watchman can potentially reinforce every lesson you ever learned from reading Mockingbird, or it could completely change the way that you look at it. Since it was released, the book has been given resounding praise, but also intense criticism. For me, it’s very difficult to concisely rate it. In many ways, it’s an essential text to accompany Mockingbird, but in other ways I have to question the necessity of the book.

Maycomb, Alabama. Twenty-six-year-old Jean Louise Finch – ‘Scout’ – returns home from New York City to visit her aging father, Atticus. Set against the backdrop of the civil rights tensions and political turmoil that were transforming the South, Jean Louise’s homecoming turns bittersweet when she learns disturbing truths about her close-knit family, the town and the people dearest to her. Memories from her childhood flood back, and her values and assumptions are thrown into doubt. Featuring many of the iconic characters from To Kill a Mockingbird, Go Set a Watchman perfectly captures a young woman, and a world, in a painful yet necessary transition out of the illusions of the past – a journey that can be guided only by one’s conscience.

Written in the mid-1950s, Go Set a Watchman imparts a fuller, richer understanding and appreciation of Harper Lee. Here is an unforgettable novel of wisdom, humanity, passion, humor and effortless precision – a profoundly affecting work of art that is both wonderfully evocative of another era and relevant to our own times. It not only confirms the enduring brilliance of To Kill a Mockingbird, but also serves as its essential companion, adding depth, context and new meaning to an American classic.

The first thing that I have to make note of is this: if you pick up this book, don’t go into it reading it as a sequel to To Kill a Mockingbird. The publishers have went to great lengths to make it known that this book, while following the same main characters, is not a sequel to Mockingbird. Go Set a Watchman was written before Mockingbird, and as is now fairly common knowledge, it was the book Harper Lee originally intended to publish, with Mockingbird being the result of the publishers being more interested in Jean Louise’s (or ‘Scout’s’) younger years. Because of this, there are several moments in this book where things don’t run consistently with Mockingbird, such as Jean Louise’s comments that Mayella Ewell (not mentioned by name in this book) was 14 at the time of the events of Mockingbird, when really she was 19. With that, I have to mentioned that, though it doesn’t particularly hinder the plot, Watchman definitely reads like a first draft of a novel, rather than a polished product.

In the novel, Jean Louise returns to Maycomb to visit her father, something which she has been doing yearly since she moved to New York. The plot doesn’t deal with anything action-packed, or mysterious, or gripping, or anything like that. In all honesty, not much happens, but it’s enjoyable all the same. Much like Mockingbird, the point of the book isn’t the plot, rather the message promoted and the things that can be taken away from it. As Jean Louise finds her old hometown a different place, she learns that people grow and people change with time, and has to figure out if the changes have intrinsically changed how she sees the world. Told in third person, as opposed to the first person narrative of Mockingbird, we follow Jean Louise over the course of a few days where we learn of large sections of her life through flashbacks to her younger years growing up, reading about characters we have known and loved such as Jem, Dill, and Miss Rachel, as well as one new character; Scout’s ‘oldest friend’ and love interest, Henry ‘Hank’ Clinton. The characters have changed, as to be expected, and there has been one significant death of a main Mockingbird character, but for the most part, they are all unique and it’s so interesting to read about them once more. While it might be difficult to like some of the characters in this book, I cannot find any way to fault them in their relevance to the plot, and the way they are written.

As Mockingbird dealt with such heavy issues and gave such fundamentally important life lessons, I was hoping for something similar with Watchman. While it has its messages, they don’t seem to be quite as important as they were in Mockingbird. The novel carries on discussions of race and racism, however–in my opinion–they’re pretty much the beginning of the same discussions found in Mockinbird, but coming from Jean Louise this time instead of Atticus. Jean Louise treats everyone with equal respect, even though most people around her don’t; much like Atticus in Mockingbird. And this is where the controversy of the novel arises: Atticus, the figure of everything that we should aspire to be, once voted as the greatest American hero in film… holds racist opinions in this book. I won’t get too much into it, but his comments are definitely a shock, and definitely make me question his character in Mockingbird. Though it can be easily argued that this book was never meant to be published after Lee wrote Mockingbird and that the Atticus in that book is the only true Atticus, the aged version of him in Watchman could potentially forever change the way that Mockingbird is read and taught in schools.

Overall, this book was okay. From the moment it was first announced it was always going to carry unrealistically high expectations, and while it definitely hasn’t lived up to all of them, it is an interesting read. It’s difficult to read Go Set a Watchman without constantly thinking back to To Kill a Mockingbird, but if you can separate them and consider them on different terms, you will definitely be able to enjoy this book.