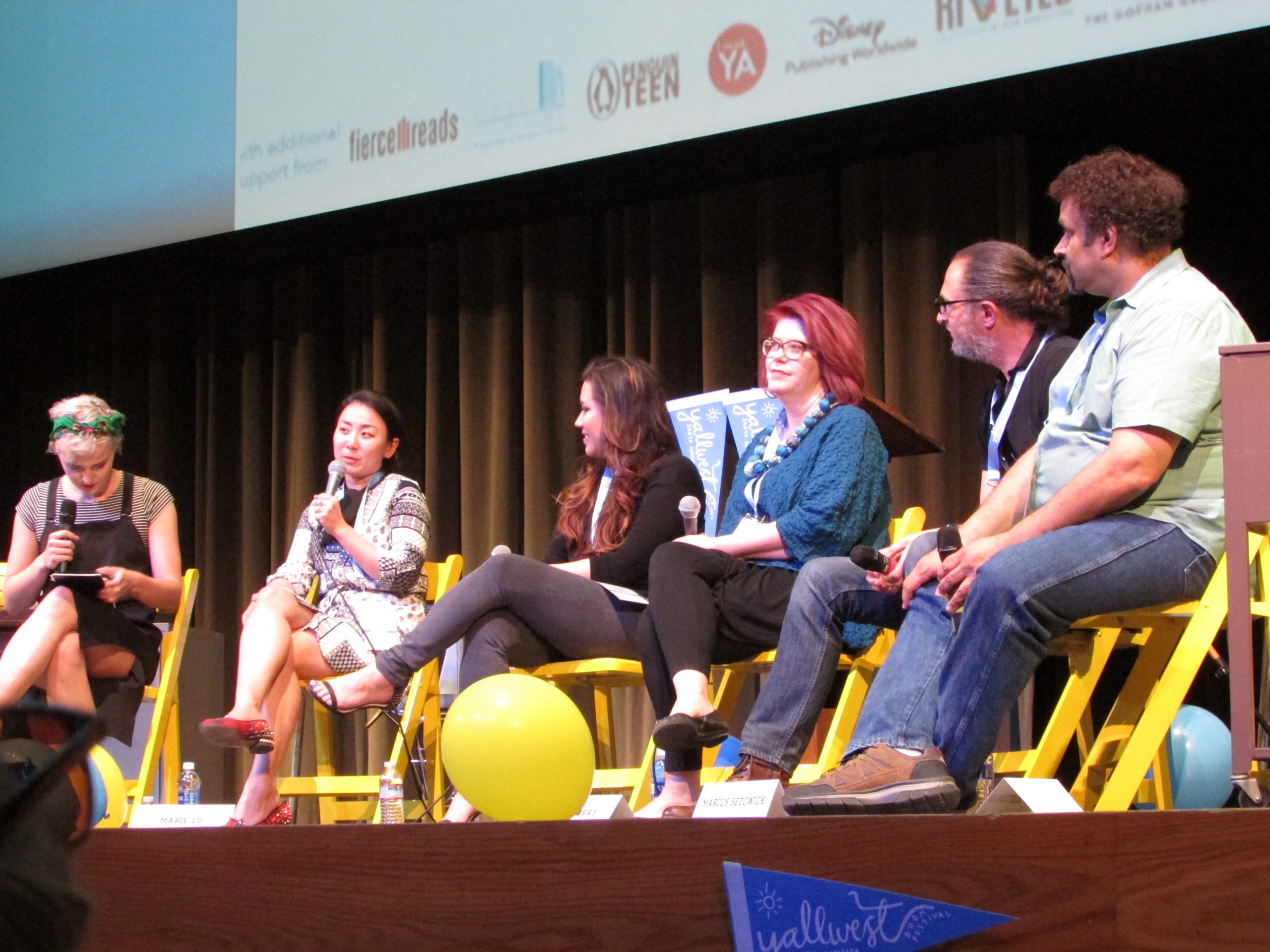 Ever wonder why you relate so much to a dystopian story, these authors may have the answer.

While most panels of the day were pretty fun, this panel was a bit more serious (not completely, but just a smidge more than the rest). The panel, led by Veronica Roth, consisted of authors Marie Lu, Renée Ahdieh, Claudia Gray, Marcus Sedgwick and Neal Shusterman.

Among the laughs and jokes, the most important topic of the panel to come up was: why do teens/YA readers relate so much to dystopian/post-dystopian worlds? The authors all came to the conclusion that it’s because that is the typical stage of a person’s life when they start trying to figure out what is real and what isn’t.

Is it important for teens to figure out what’s real?

When asked by an audience member how the authors deal with backlash from fans who didn’t like a particular scene/ending/character death, the authors shared some of their experiences with fan backlash. Marcus Sedgwick told the audience (jokingly) that “you must understand, we writers, have very thin skins” and went on to tell the story of how a reader of one of his books sent him a five-page long email detailing what was wrong with his book, full of negative feedback.

Veronica Roth quickly recapped why she had received so much fan backlash in regards to Allegiant, and while she didn’t really elaborate on the kind of backlash she received, she did say that she has been called a murderer in at least five languages. As a result, she has a filter on her emails/social media that filters the word “murderer,” or any variation of it, in order be able to avoid reading it. The other authors agreed that social media has made it easier for readers to send backlash to authors. The authors all agreed that readers forget that behind the social media handles, authors are real people with real feelings, but they all agree that the best way with dealing with such negativity is with humor.

Check out these photos from the panel: