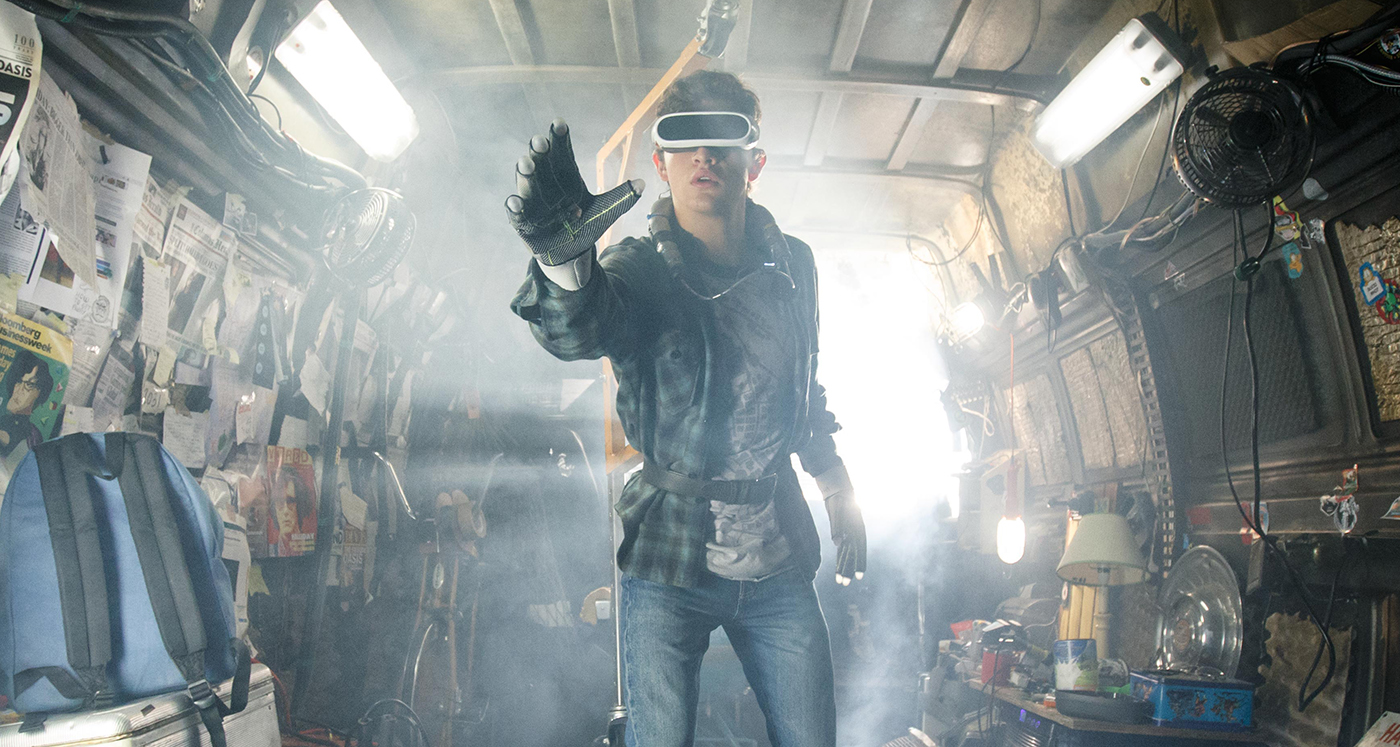 Fans are getting their first glimpse of the movie based on Ernest Cline’s bestselling book.

Entertainment Weekly offered fans the first official photo of the ‘Ready Player One’ film, based on the novel of the same name by Ernest Cline.

The photo has been unveiled in EW’s pre-Comic Con coverage. The image showcases Wade Watts — the gamer and 80’s enthusiast at the heart of the Cline’s novel.

Check out the photo below:

The film will be filled with 80’s pop culture references, just as the book is. The photo showcases some of those elements. EW published an article highlighting the more notable easter eggs, including a set of Garfield and Garbage Pail Kids stickers on the walls.

‘Ready Player One’ takes place in the near future where the real world has deteriorated and people find solace in a virtual world — the OASIS. When the 80’s loving creator of the OASIS (a sort of tech-ish Willy Wonka) dies, he leaves behind a trail of clues and puzzles that, if solved, will grant ownership to the OASIS. The story follows Watts as he competes against the world to find and solve those puzzles.

Steven Spielberg is directing the film. Spielberg was a large source of inspiration when writing the book, which first hit shelves in 2011.

“His work directly influenced the narrative and the way that I told the story,” Cline told EW. “So to have him directing, it’s too perfect to even be possible. And somehow it’s happened.”

Fans can expect to enter the OASIS next March.