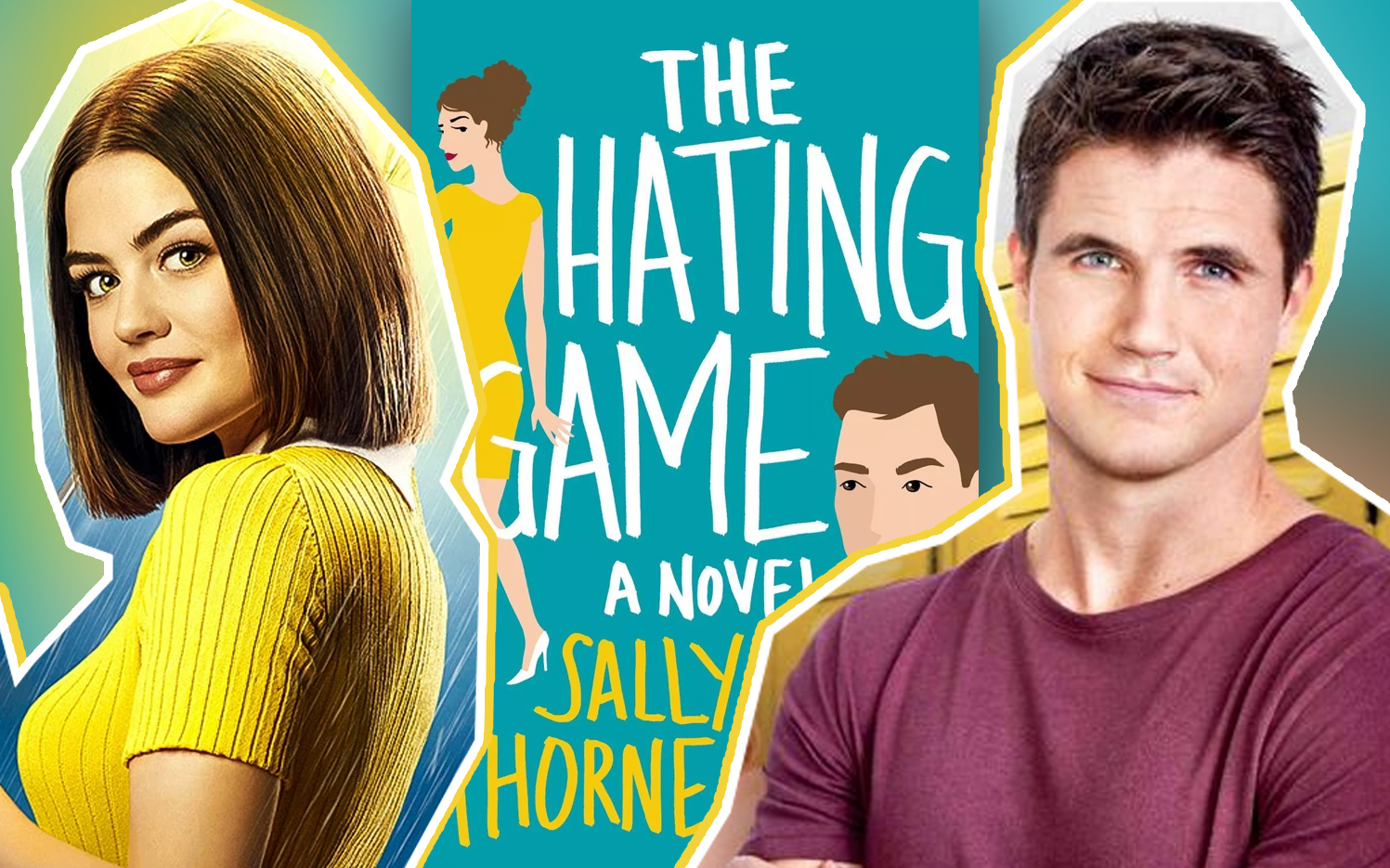 The two actors will star alongside each other in the upcoming rom-com.

Pretty Little Liars‘ Lucy Hale will star opposite The Flash and The DUFF star Robbie Amell in the upcoming ‘The Hating Game’ movie, based on the book of the same name by Sally Thorne.

The film will be directed by Peter Hutchings and co-financed by Mister Smith Entertainment along with BCDF Pictures, according to a report from Deadline.

Related: REVIEW — ‘The Hating Game’ by Sally Thorn is a guilty pleasure

“The Hating Game is a gloriously funny and sexy rom-com with a broad audience appeal,” David Garrett of Mister Smith told Deadline. “We are aiming for films with a clear target demographic and this absolutely hits the spot.”

Thorne’s book tells the story of Lucy Hutton who shares a work office with her co-worker Joshua Templeman, an intimidating and all around cold-natured rival. Josh’s personality comes into conflict with Lucy’s mild and kind character, pitting the two at odds with each other as they compete for a promotion. But regardless of their rivalry, Lucy can’t help but feel an attraction toward Josh, complicating their already tense relationship.

Hale will take on the role of Lucy and Amell will star as Josh.

Adapting the book will be no new feat for Hutchings, who has worked on book-to-screen adaptations such as The Language of Flowers and Can You Keep A Secret? Working on an adaptation will also not be new to Hale or Amell, as both Pretty Little Liars and The DUFF are based on popular YA books by their respective authors of Sara Shepard and Kody Keplinger.

‘The Hating Game’ movie is just the latest YA book film adaptation. Rainbow Rowell’s Eleanor & Park has been optioned for film, though the announcement garnered mix responses from YA readers due to allegations that the book perpetuates racist stereotypes.

Are you excited for ‘The Hating Game’ movie?