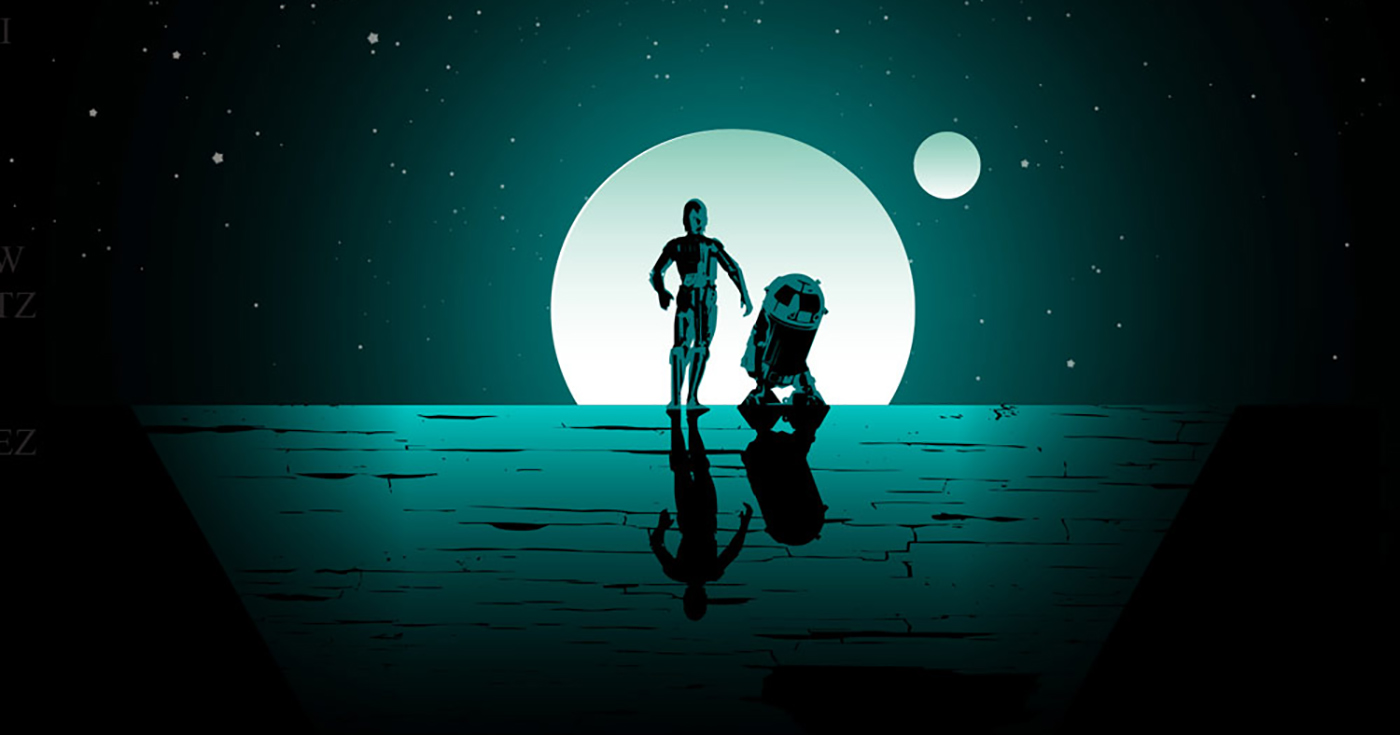 Artwork from the cover of 'Star Wars: From a Certain Point of View.' (Del Rey)

Even YA authors have helped expand the Star Wars universe.

Some of our favorite YA authors don’t only build their own incredible worlds, but they contribute to the ever-expanding Star Wars universe.

Whether they’re writing a retelling of the original Star Wars film, ‘A New Hope,’ or penning an anthology filled with 40 Star Wars stories, the force is strong with these authors!

Acclaimed YA author (and Star Wars fan) Alexandra Bracken wrote Star Wars: A New Hope The Princess, the Scoundrel, and the Farm Boy which was released in the months leading up to the 2015 film, ‘Star Wars: The Force Awakens.’ Bracken is best known for writing The Darkest Minds series as well as the 2016 novel Passenger.

Star Wars: A New Hope – The Princess, the Scoundrel, and the Farm Boy by Alexandra Bracken (Disney Lucasfilm Press)

About Star Wars: A New Hope – The Princess, The Scoundrel, and the Farm Boy:

The galaxy is at war.

Although the Rebel Alliance has won a few battles against the Empire, hope is fading. The Empire is about to finish building the greatest weapon the galaxy has ever seen-the Death Star. The rebels’ only chance to defeat it now lies in the unlikely hands of a princess, a scoundrel, and a farm boy. . . .

Acclaimed, New York Times bestselling author Alexandra Bracken delivers a captivating retelling of Star Wars: A New Hope like you’ve never experienced before. Since the premier of the original film, Princess Leia, Han Solo, and Luke Skywalker have become iconic, larger-than-life characters. The Princess, the Scoundrel, and the Farm Boy takes a deeper look at these three heroes as they join forces to defeat the evil that threatens their entire galaxy.

This thrilling Young Adult novel gives readers a macro view of some of the most important events in the Star Wars universe, from the rise of the Rebellion to the fall of the Empire. Readers will experience these major moments through the eyes of two childhood friends–Ciena Ree and Thane Kyrell–who have grown up to become an Imperial officer and a Rebel pilot. Now on opposite sides of the war, will these two star-crossed lovers reunite, or will duty tear them–and the galaxy–apart?

Star Wars: Lost Stars also includes all-new post-Star Wars: Return of the Jedi content, as well as hints and clues about the upcoming film Star Wars: The Force Awakens, making this a must-read for all Star Wars fans.

WITNESS THE BIRTH OF THE RESISTANCE

When the Rebellion defeated the Empire in the skies above Endor, Leia Organa believed it was the beginning to a lasting peace. But after decades of vicious infighting and partisan gridlock in the New Republic Senate, that hope seems like a distant memory.

Now a respected senator, Leia must grapple with the dangers that threaten to cripple the fledgling democracy—from both within and without. Underworld kingpins, treacherous politicians, and Imperial loyalists are sowing chaos in the galaxy. Desperate to take action, senators are calling for the election of a First Senator. It is their hope that this influential post will bring strong leadership to a divided galaxy.

As the daughter of Darth Vader, Leia faces with distrust the prospect of any one person holding such a powerful position—even when supporters suggest Leia herself for the job. But a new enemy may make this path Leia’s only option. For at the edges of the galaxy, a mysterious threat is growing. . . .

A number of YA authors teamed up to pen Star Wars anthology From a Certain Point of View. Contributors of this force-filled whopper include big names in YAlit, including Renée Ahdieh (The Wrath and the Dawn), Meg Cabot (The Princess Diaries) and Sabaa Tahir (An Ember in the Ashes). Other YA authors contributing to the anthology are Claudia Gray, Daniel José Older and Nnedi Okorafor — among many others! The book hit shelves in October 2017.

Star Wars: From a Certain Point of View (Del Rey)

About Star Wars: From a Certain Point of View:

In honor of the fortieth anniversary of Star Wars: A New Hope, this collection features Star Wars stories by bestselling authors, trendsetting artists, and treasured voices from Star Wars literary history. More than forty authors have lent their unique vision to forty “scenes,” each retelling a different moment from the original Star Wars film, but with a twist: Every scene is told from the point of view of a background character. Whether it’s the X-wing pilots who helped Luke destroy the Death Star or the stormtroopers who never quite could find the droids they were looking for, Star Wars: From a Certain Point of View places the classic movie in a whole new perspective, and celebrates the influence and legacy of the unparalleled cultural phenomenon, Star Wars.

Editor's Note: This article was originally published May 4, 2017. It has since been updated.
Related:
MayTheFourth • Star Wars