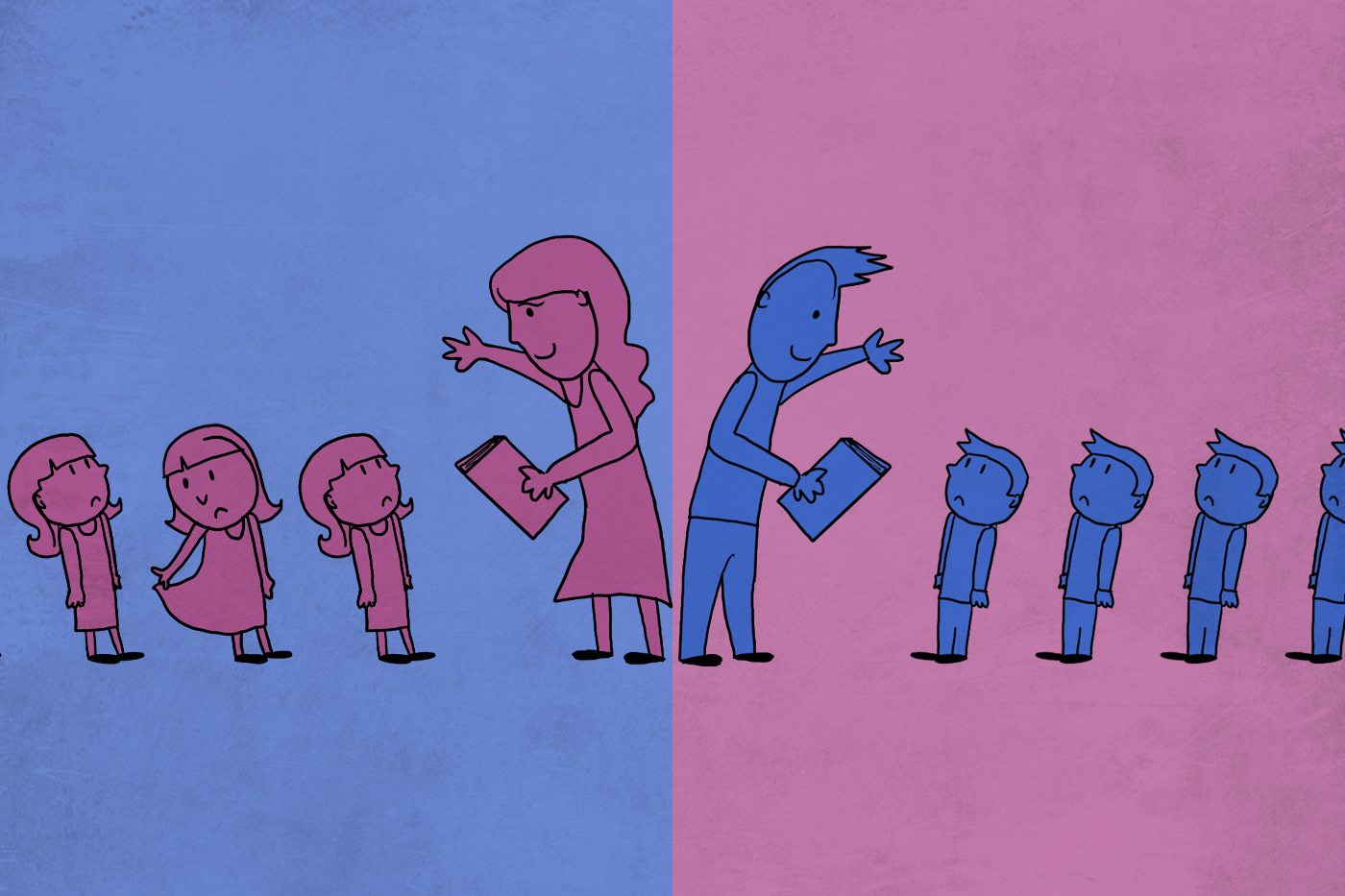 Don’t limit the books that you’d recommend to young boys because there’s a "genderification" of young adult literature. Together we need to break the stereotypes and the gendering of media. (Illustration: Saul Marquez, Bookstacked)

Is it worth breaking the stereotypes and the gendering of YA?

As a guy in his mid-twenties, I’ve been asked before what YA books I’d recommend for boys, and I’ve struggled to really answer it. Not because I can’t think of any, of course, but rather the opposite.

The world we live in features so many thousands of books that I’d recommend to anyone, ranging across so many diverse genres and themes, that it’s overwhelming to even think about recommending books.

If I was pressed to write a list about YA books for boys, however, I’d start by thinking about the things that we culturally expect boys to like; action, adventure, sports, explosions … However, I feel like that would be feeding into a larger problem. I’d be recommending books that fit neatly into concepts of what boys already like — things that conform to their worldview. There might be some implications tied to that.

So maybe instead, I’d recommend books that completely subvert what boys are expected to like, things that they’re not supposed to consider picking up for themselves (for some reason); female friendships, love stories …

But would that then turn boys away from YA, thinking that it’s comprised of things that they’re not going to enjoy? I’ve said it before and I’ll say it again: reading should be fun, especially at an early age. There’s time for young readers to grow into the books that will challenge them.

When I start to think along those lines, I remember that I’m not thinking the right way. I’m going along with the notion that there is, or should be, a line drawn between YA books for boys and YA books for girls.

A few weeks ago I wrote about YA being misunderstood and oversimplified, that some people consider it to be a “genre” or that it’s “just for teens.”  Something I held off on talking about then was that there’s a third social misunderstanding of what YA is — that it’s something primarily for girls.

I’d almost go so far as to say that it’s understandable that people think that way, but only because it’s part of a larger problem that extends far beyond the reaches of YA. Many high profile YA authors are female, and many high profile books feature female main characters, and sadly we live in a world where media about girls, and media by girls, are considered to be exclusively for girls.

I’ve wondered it for years, and I’m sure I’ll wonder it for years to come; why do so many people think that boys can’t relate to stories about girls?

Why are boys expected to only like sports and explosions?

Last year when I spoke to Nora Shalaway Carpenter about her YA debut, The Edge of Anything, I talked to her about how much I loved the female friendship at the book’s core. Almost in surprise, she replied by talking about how refreshing it is to hear me, a man, talk positively and openly about enjoying content that I’m expected to not enjoy.

I told her what I really feel about fiction; “A story is a story.”

It’s somewhat of a mantra that I hope everyone can understand and echo. Because, especially after what the last year has shown, I want to read to grow and learn. I’ve said it before, and I’m sure I’ll say it again; I can’t learn or grow if I only read books featuring straight, white men at their center.

Ten years ago I was a 17-year-old boy realizing that young adult literature might skew more towards my liking than the books I was trying to read at the time. I didn’t go out of my way to look for YA books that I knew I would like because I’d relate to them, my entry into the YA world was more at the recommendation of friends than my actively seeking out YA books.

When I was dipping into reading YA, I read Cassandra Clare’s The Mortal Instruments (I often cite City of Bones as the first YA book I intentionally read), and I binge-read all of John Green’s books over a few weeks. I read The Hunger Games (because didn’t everyone?) and I read Kendare Blake’s Anna Dressed in Blood (because isn’t that one of the coolest titles you’ve ever heard?).

As I continued to read YA, I read Sarah J. Maas and I read Twilight and Aristotle and Dante Discover the Secrets of the Universe. I read Susan Dennard’s Something Strange and Deadly trilogy and, to this day still my favorite series, The Darkest Minds by Alex Bracken. Since I’ve been a YA reader, I’ve read so many books that I’ve enjoyed that others would say I ought not to read.

But it’s books like those that have made me the reader — and the man — that I am today. Reading widely and diversely has been pivotal to my growth as a person.

That’s why I’d struggle to write a list of YA books I’d recommend for boys. Because, honestly, I’d recommend all of them. Anything a teen boy can get his hands on, whether it’s something that he thinks society expects him to like or it’s something that he just wants to read. I could write a bespoke list, or I could list off the New York Times Young Adult Bestseller list. Both would achieve the same results in my eyes.

Don’t limit the books that you’d recommend to young boys because there’s a gendering of young adult literature. Together we need to break the stereotypes and the gendering of media.

YA is the perfect place to start.