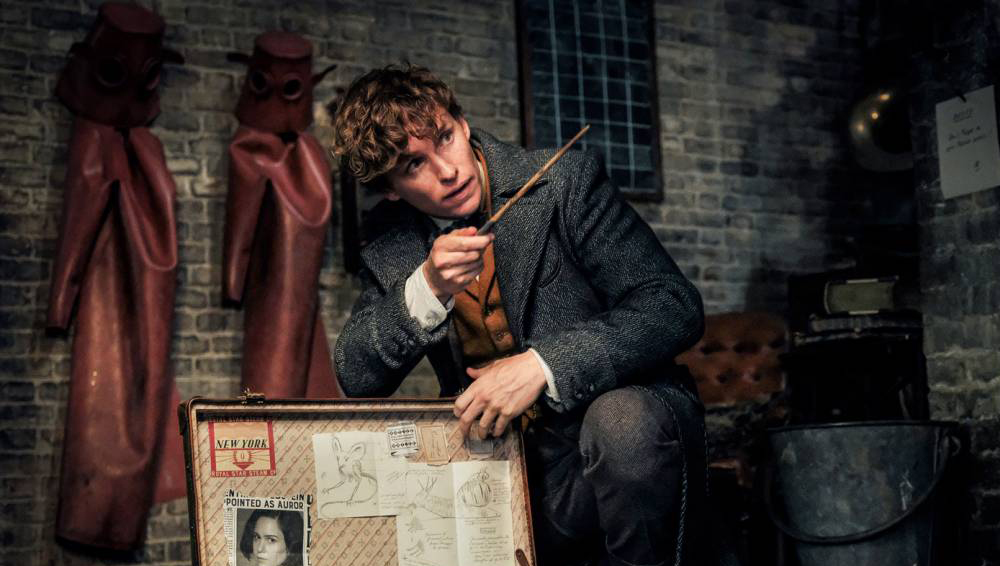 In addition to an interview with the film’s producer, ‘Empire’ is releasing a new photo of Newt.

MINOR SPOILERS: While this article doesn’t include any plot points from ‘The Crimes of Grindelwald’, it does include info about characters and how they may be used in the upcoming film. If you’re wanting to go into the film knowing nothing, it might be best to close this page!

‘Empire’ magazine’s August issue will reveal new details about J.K. Rowling’s upcoming Fantastic Beasts sequel ‘The Crimes of Grindelwald.’ Details about the issue surfaced Tuesday and include comments from an interview with the film’s producer, David Heyman, where he sheds light on the Wizarding World’s current villain, Gellert Grindelwald.

“For me, Grindelwald is a scarier villain [than Voldemort],” Heyman said in the interview, according to Hypable. “He’s very persuasive. One can see the rationale in his arguments — which doesn’t mean his methodology is right.”

Read Heyman’s full comments from the article on Grindelwald below:

… the way producer David Heyman talks about The Crimes of Grindlelwald […] makes it sound like we might be leaping into a political thriller.

“It’s about the dangers of absolutism and fundamentalism,” says Heyman. “We see that in Grindelwald.” A year on, he’s on the brink of escaping prison and trying to unite the magically powered to crush the merely human. His means to achieving this, unlike those of Potter’s Voldemort, are not just fire and fury. “For me, Grindelwald is a scarier villain,” says Heyman. “He’s very persuasive. One can see the rationale in his arguments — which doesn’t mean his methodology is right.”

Heyman also spoke about Dumbledore and his relationship with Newt, noting that Dumbledore tends to use others for his gains — which may be something we see once again in the upcoming movie.

But Heyman’s interview isn’t the only thing ‘Empire’ is releasing. A brand new photo of Newt dropped Tuesday as well, showcasing the wizard with his famous briefcase and a few nods from the first film, including a photo of Tina.

Do you think Grindelwald will turn out to be worse than Voldy?

Thanks, Hypable, for collecting the quotes from Heyman!

Editor's Note: J.K. Rowling's film series prominently starred actor Johnny Depp who was accused of domestic violence by his ex-wife, Amber Heard, in an op-ed. On June 1, 2022, a jury found Depp was defamed by Heard. We feel it's important for our readers to be aware of this context. For more information on how Bookstacked covers alleged abusers in the publishing and film industry, please click here.
Related:
Crimes of Grindelwald