Pottermore unveils first look at the Potters in ‘Cursed Child’ 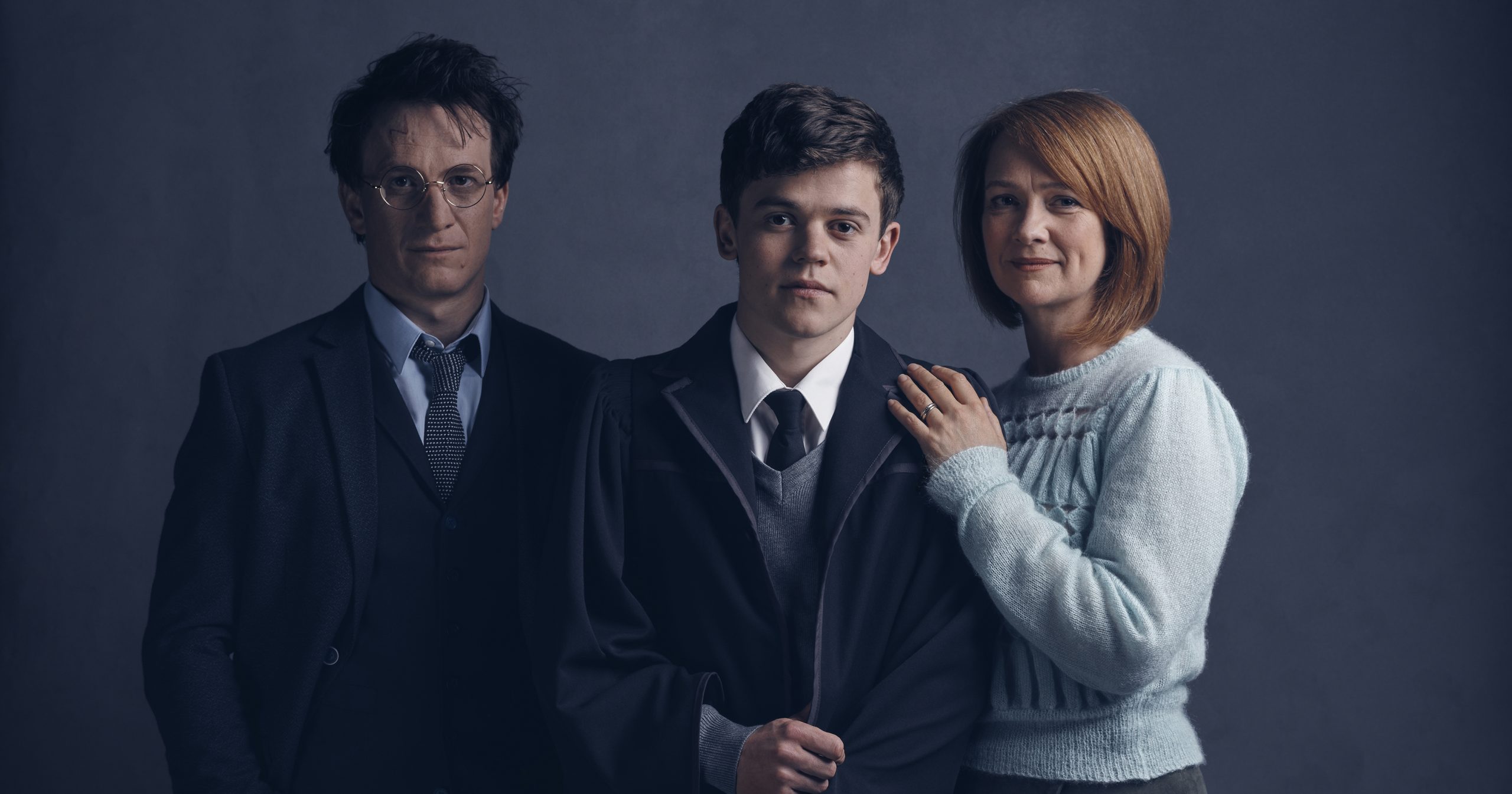 Here are the first Harry Potter and the Cursed Child cast photos! We’re finally seeing them in costume.

Aparecium! Pottermore revealed our first look at Harry, Ginny and Albus Potter in ‘Harry Potter and the Cursed Child’.

This is the first time fans are catching a glimpse of the stage play. A family portrait (pictured above) shows actors Jamie Parker, Sam Clemmet and Poppy Miller in costume as Harry, Albus and Ginny Potter (respectively).

Pottermore also unveiled individual portraits of the three characters. These are the first in a series of character portraits that Pottermore will release throughout the week.

Check them out below:

Of note is the absence of Harry’s and Ginny’s school robes. Fans (and especially film-goers) have become accustomed to seeing Harry and his friends in the infamous Hogwarts attire.

“He’s wearing a suit because he’s a Ministry man, but he’s not just a bloke in a suit, that’s way too anonymous,” Parker told Pottermore in an interview. “With all the character’s costumes we want them to be instantly familiar when people see them, so that people feel like the story’s safe in our hands, and that we’re taking that responsibility seriously.”

Ginny will sport a knitted sweater in ‘Cursed Child’–something many might think is very Molly Weasley-esque. Miller said she’s excited about the wardrobe. J.K. Rowling also gave her seal of approval of Ginny.

“I think a lot of people would like to have Poppy’s Ginny for a mother,” Rowling said. “Kind and cool, exactly as I imagined her.”

As for Sam Clemmet as Albus, he’ll be attending Hogwarts during the course of the play and he’s therefore wearing the familiar school robes. The plot surrounding Albus is top secret, according to Rowling. She chose not to comment too much on his character.

“There’s much I could say about Sam-as-Albus, but we’d be into spoiler territory so quickly I’ll just say we couldn’t have cast better,” Rowling said.

‘Cursed Child’ opens as a two-part stage play in London at the Palace Theatre on July 30. Preview showings begin June 7. The play’s script will be published in book format on July 31.

“It’s a unique gig in the sense that you have seven volumes of backstory that you get to bring on with you,” said Parker about playing Harry Potter. “And we were all very keen to make sure that the first time you see Harry it just feels right.”