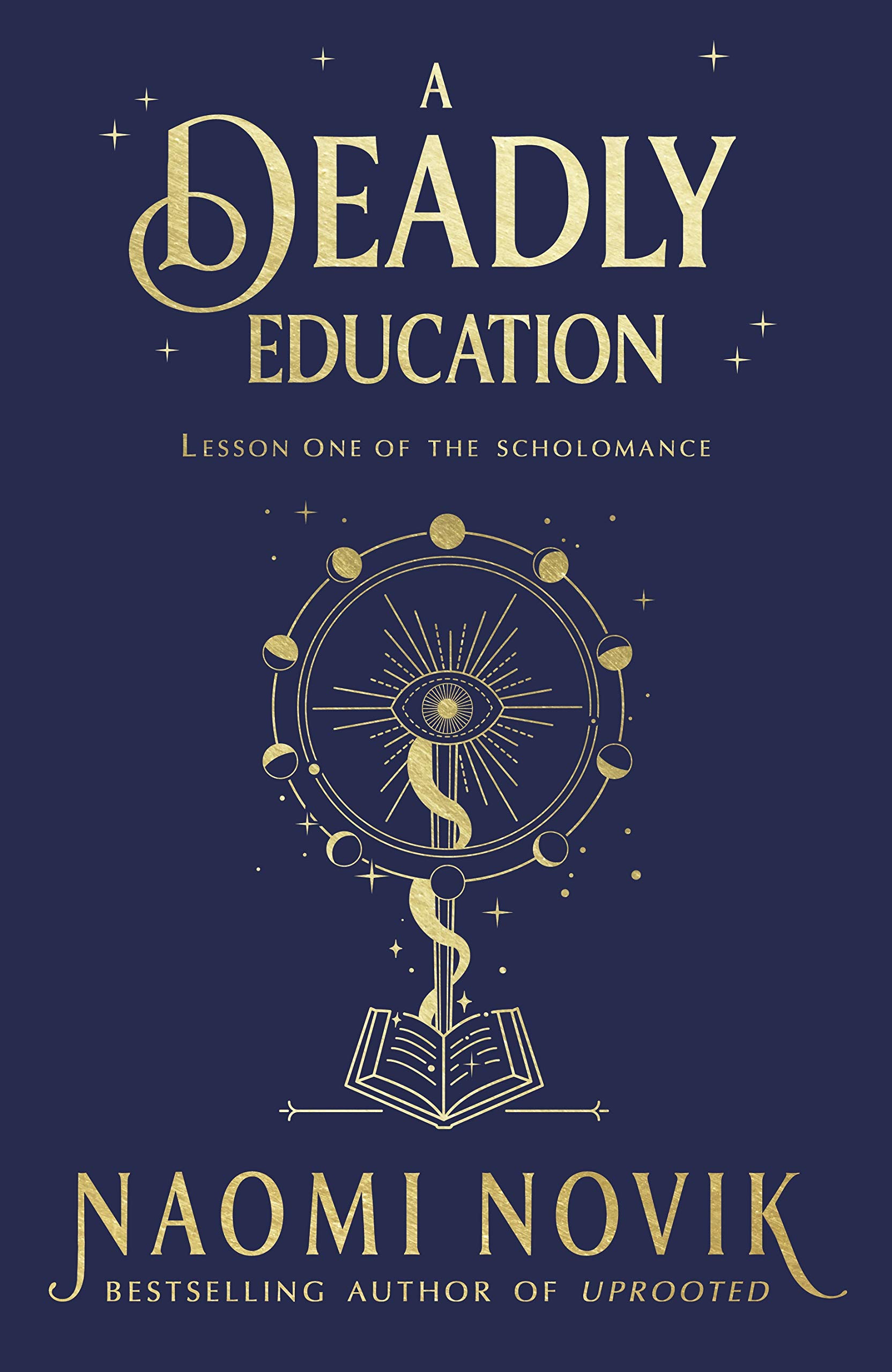 REVIEW: ‘A Deadly Education’ by Naomi Novik needs some wow-factor

I absolutely adored a lot of ‘A Deadly Education’, but couldn’t escape a lingering sense of disappointment.

Two days after finishing A Deadly Education, I am still struggling to understand exactly how I felt about this book.

Enter a school of magic unlike any you have ever encountered. There are no teachers, no holidays, friendships are purely strategic, and the odds of survival are never equal. Once you’re inside, there are only two ways out: you graduate or you die.

El Higgins is uniquely prepared for the school’s many dangers. She may be without allies, but she possesses a dark power strong enough to level mountains and wipe out untold millions — never mind easily destroy the countless monsters that prowl the school.

Except, she might accidentally kill all the other students, too. So El is trying her hardest not to use it…that is, unless she has no other choice.

I was excited to read A Deadly Education from the second I first heard about it, and even more so upon seeing the gorgeous cover. But, though I enjoyed the story, when I think about it more critically I was left a little disappointed.

There are no doubts that Naomi Novik receives an enormous number of points for originality. A Deadly Education is set in a magic school called the Scholomance, where wizard children go to learn magic. Only, instead of their education being all fun and games as we are used to with this type of fantasy novel, the school is deadly and delights in eating up those that fall by the wayside.

I was absolutely fascinated by this concept. I thought it unique and refreshing and regardless of what the rest of this review will discuss, I am sure I’ll be reading the rest of the series for that alone.

Our main character, El Higgins, is rude, sometimes arrogant, and absolutely hilarious. There were numerous times when I laughed out loud at her quips and attitude. I can see where some readers may find her difficult to connect with, however I completely fell for her. Her voice tells the story, with all its snarky, sarcastic humour that is probably what kept me reading.

Not only this, but her character development was lovely to see. She may not be able to leave the sharpness and rudeness behind (for those who deserve it), but she really comes out of her shell when she begins to develop relationships with some of her classmates. Seeing this insanely loyal, kind girl underneath the arrogance was wonderful, and made me like her even more.

The character development for others, however, was lacking. Orion Lake is the superstar of the school — and El’s nemesis. That is, until she realises he is just as lonely as her, and they form a frenemy-esque relationship. Orion is clearly a complex character, and yet he doesn’t appear to change throughout the novel. By the end, he is just as shy and frustratingly (for El) stupid as he was at the beginning. I couldn’t help but wish the careful character arc El had been given had been bestowed upon him as well.

All good fantasy stories have an intriguing, complex world behind them, and A Deadly Education is no different. There is a need for description, naturally, but I found in this instance the info-dumps were quite heavy-handed. As I said, I was fascinated by the world and the Scholomance, but the frequency and length of the info-dumps, paired with some questionable pacing, often left me feeling rushed and a little bewildered when it came to learning vital information about the world.

Generally, the story felt very told, rather than shown. From El’s apparently world-destroying, chaotic evil power, to feelings of certain characters, I had a hard time truly believing it. As a reader, you are left to rely a lot on El’s, or the author’s, word, rather than seeing it for yourself. I think this is perhaps what let down A Deadly Education most, as it seeps into every aspect of the novel.

Similarly, I was never surprised by the plot. It was exciting and beautiful and dark, but there were no twists and turns to truly wow me. The ending nicely sets up a sequel, but even that was foreshadowed none-too-subtly. The fast-pace and lack of twistiness brought the ending about rather abruptly. I remember turning the page surprised that the story had finished.

Having said all that, A Deadly Education has a lot going for it, and there were certainly many aspects I enjoyed and even loved. I wouldn’t be surprised if you see me reviewing the rest of the trilogy!

Plot: exciting, but not particularly surprising.

Characters: El was my favourite by far, with Aadhya and Liu coming in close second. Orion, though an interesting character, wasn’t given the time of day to truly shine.

Writing: A bit hit-and-miss for me. Some elements were very well written, whereas others missed their mark.

Theme/Message: An exciting and original story that lots of readers are adoring.