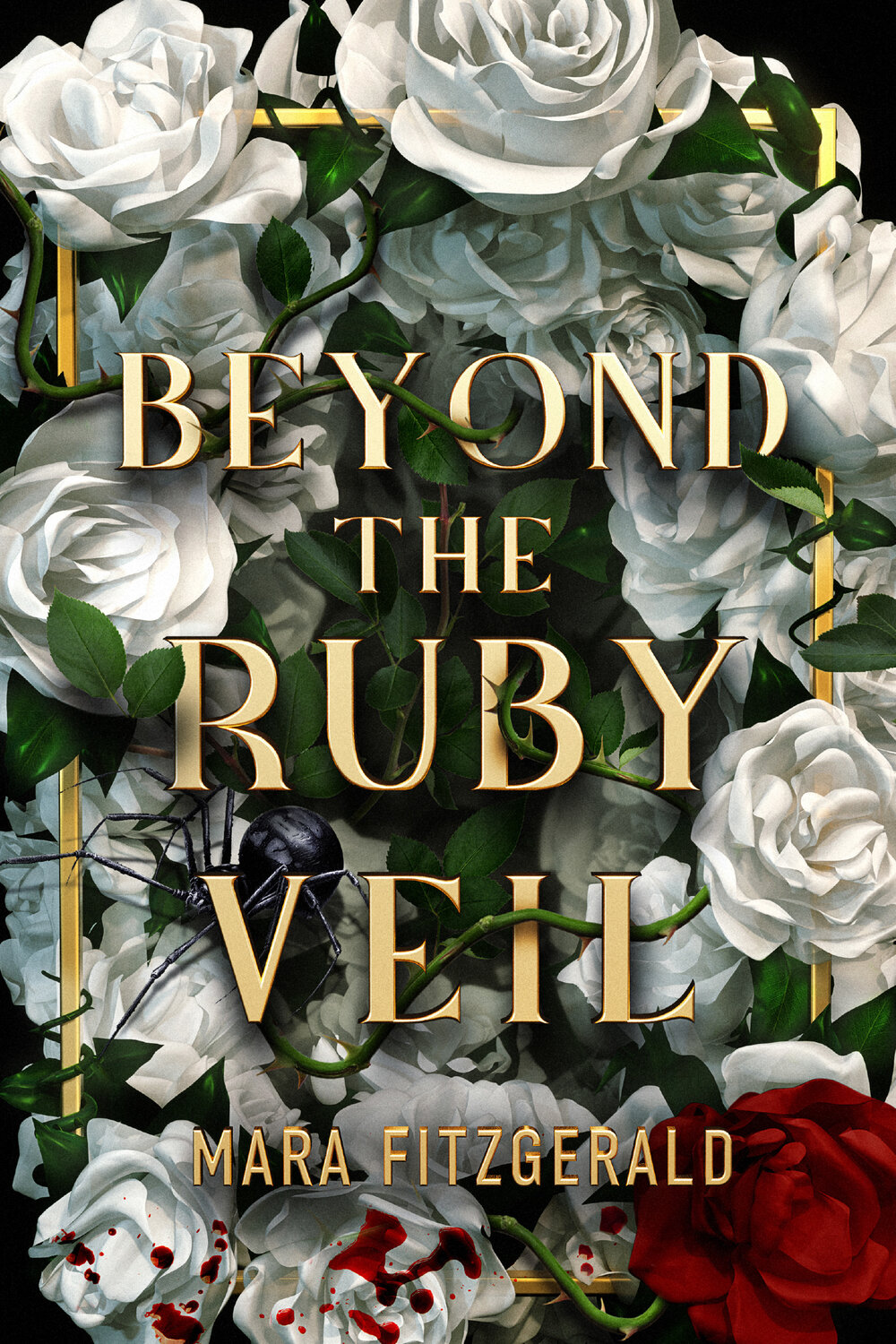 'Beyond the Ruby Veil' by Mara Fitzgerald (Little, Brown Books for Young Readers)

REVIEW: ‘Beyond the Ruby Veil’ by Mara Fitzgerald is a grisly, electrifying debut

With an addictive cast and rollercoaster of a plot, ‘Beyond the Ruby Veil’ is as disturbing as it is gripping.

Beyond the Ruby Veil is proof that, sometimes, we all want to feel a little bit evil.

Cunning and unapologetic, Emanuela Ragno is a socialite who plays by her own rules. In her most ambitious move yet, she’s about to marry Alessandro Morandi, her childhood best friend and the heir to the wealthiest house in Occhia. Emanuela doesn’t care that she and her groom are both gay, because she doesn’t want a love match. She wants power, and through Ale, she’ll have it all.

But Emanuela has a secret that could shatter her plans. In her city of Occhia, the only source of water is the watercrea, a mysterious being who uses magic to make water from blood. When their first bruise-like omen appears on their skin, all Occhians must surrender themselves to the watercrea to be drained of life. Everyone throughout history has obeyed this law for the greater good. Everyone except Emanuela. She’s kept the tiny omen on her hip out of sight for years.

When the watercrea exposes Emanuela during her wedding ceremony and takes her to be sacrificed, Emanuela fights back…and kills her. Before everyone in Occhia dies of thirst, Emanuela and Ale must travel through the mysterious, blood-red veil that surrounds their city to uncover the source of the watercrea’s power and save their people—no matter what it takes.

From the first chapter alone, I could tell Emanuela and I were going to get along just fine. She’s brash, hilarious, fierce, unashamedly unfiltered and at least a little bit selfish. While our personalities couldn’t be any different, it was refreshing to see an unapologetically ambitious woman refuse to let anyone else diminish her worth — especially in a time like the present.

But, much like anyone else, Emanuela isn’t perfect. Her desire for power sometimes pushes her too far, causing her to make mistakes on account of her immaturity. She lashes out at those closest to her, manipulating them to follow her commands. Most of all, her actions are most destructive to one person alone: herself.

The culmination of her sometimes misguided desire to seize control of the world around her arrives early on when, to save her own life, she kills the only person who can make water in her city. As expected from any YA fantasy, this results in her promptly being banished and sent off to journey through a new and mysterious world with her equally-enjoyable best friend, Ale.

I’m not going to lie; my heart faltered a little bit when I realized this was where the story was heading. After years of reading fantasy, there’s only so many chances for a premise like this to surprise me with something new and unexpected.

Beyond the Ruby Veil is, amazingly, a welcome exception to that trend.

I think most readers will be drawn to the novel’s characters before anything else, as I certainly was. Emanuela is an irresistible, sometimes unlikable protagonist who appeals to the darker, self-serving aspects of human nature. In almost complete contrast, Ale is a softer, reserved version of his ambitious best friend, though with an equal amount of charm. The rest of the cast is just as lively, and I’m truly impressed with Fitzgerald’s ability to thoroughly develop so many characters in such a short amount of time.

This character-centric storytelling leads me to touch on my only minor criticism of the novel: the plot. With so many mysteries propelling the story forward, I can forgive the minimal lack of worldbuilding, but I still wish I could’ve learned more. And, after following a high-stakes beginning, I found a good portion of the middle to be a little slower than I would’ve liked. While Fitzgerald’s writing remains consistently good throughout, this is the one place I can picture other readers growing bored.

If you’re planning on picking this book up, I’m here to tell you it’s worth it to stick through. Without a doubt, the last fifty pages or so of Beyond the Ruby Veil contained some of the most shocking, disturbing and thrilling events I’ve ever read in a YA fantasy novel. I’m pretty sure I spent the last thirty minutes of the book with my mouth wide open.

In fact, the concluding events are what made the novel stand out to me. Fitzgerald did an astounding job of incorporating a powerful theme into the plot: the uncontrollable cycle of violence. If you’re a fan of Game of Thrones, you know how terrifying it is when the mistakes your favorite characters make have deadly — and frustratingly realistic — consequences. Beyond the Ruby Veil succeeded in exuding the same tension, especially within the final chapters, when the ambition-fueled choices Emanuela made throughout the novel came back to bite. Not only was this an efficient way to keep me biting my nails as I flipped pages, but also a stark reminder that, no matter your motivations, violence always begets violence.

I have no doubt that Beyond the Ruby Veil‘s main character is going to be harder for some readers to deal with, but as I see it, that’s what makes her so compelling. There’s something oddly intoxicating about stepping into the shoes of a person you’d never want to become. In Emanuela’s case, it’s a pair of shoes I’ll be eagerly waiting to fill again as I anticipate the sequel.

Hard to read, in a good way

With a diverse cast and bloody plot, Beyond the Ruby Veil will convince you to fall in love with its flawed protagonist.