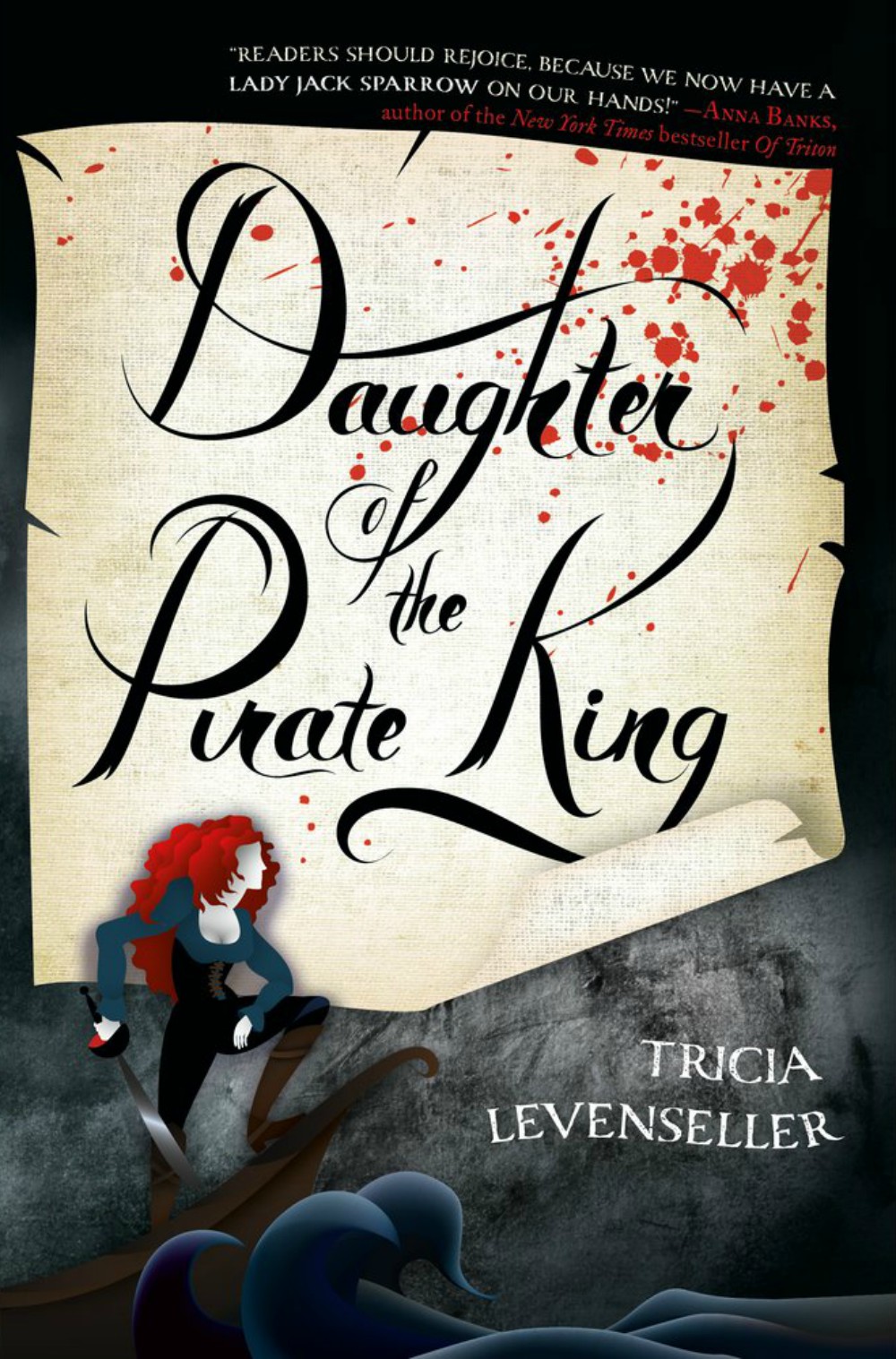 REVIEW: ‘Daughter of the Pirate King’ by Tricia Levenseller

Pirates, sirens, and lots of blood. Tricia Levenseller’s debut is an action-packed adventure!

Tricia Levenseller’s debut, Daughter of the Pirate King, is the pirate tale we need more of in YA! It’s a fun, fierce adventure that is sure to entertain fans of Pirates of the Caribbean!

A 17-year-old pirate captain intentionally allows herself to get captured by enemy pirates in this thrilling YA adventure.

If you want something done right. . .

When the ruthless pirate king learns of a legendary treasure map hidden on an enemy ship, his daughter, Alosa, knows there’s only one pirate for the job – herself. Leaving behind her beloved ship and crew, Alosa deliberately facilitates her own kidnapping to ensure her passage on the ship, confident in her ability to overcome any obstacle.

After all, who’s going to suspect a seventeen-year-old girl locked in a cell? Then she meets the (surprisingly perceptive and unfairly attractive) first mate, Riden, who is charged with finding out all her secrets. Now it’s down to a battle of wits and will. . . Can Alosa find the map and escape before Riden figures out her plan?

Debut author Tricia Levenseller blends action, adventure, romance, and a little bit of magic into a thrilling YA pirate tale.

Our main character, Alosa, is setting up her kidnapping when we first meet her. In my opinion, the blurb is a little too spoilery for my liking. Making it known that her kidnapping was planned allowed the beginning to be less intriguing for me. Now, we know that this is all an act as Alosa becomes a prisoner.

It was hard for me to connect with Alosa as she was hiding pieces of her true self. In the end, I really did enjoy her though. She’s a strong heroine that readers can easily root for! Being the daughter of the powerful pirate king has shaped her into a brave, fearless woman, and she even has the scars to prove it. She’s intelligent and skilled, and unlike most pirates she knows, she has a good heart.

Her inner thoughts did become a bit repetitive at times, by telling us how skilled she was, etc. This wasn’t a downfall in her character but more in the writing of the story. Besides the parts that seemed to drag a bit, I think Tricia Levenseller is a fantastic writer. She brought to life such a fun adventure! There’s a huge lack of pirate tales in YA, which I find odd, so this alone made Daughter of the Pirate King unique to read!

All of the characters introduced are enjoyable! There were evil ones and surprisingly fun characters within this crew of pirates. Of course there was our other main character, Riden. The two of them complimented each other well. Everything Alosa lacked in bringing to the story, Riden was there for support. It didn’t hurt that their banter leading up to a more romantic relationship was pure gold!

Within the actual world building there was plenty of action. There was also a lot more blood and death than I was expecting, but I’m not complaining! The history of these pirates was well thought out to add more depth to these characters, too. Finally, it wraps up perfectly by adding a bit of magic to the story.

Overall, this book was enjoyable and fun. Centering it around pirates made it feel unique, and there were a few twists to keep the story exciting. I’m looking forward to reading the rest of Alosa’s story in the next book! If you’re looking for an action-packed adventure then this book is for you! Plus, who doesn’t enjoy pirate tales?

Daughter of the Pirate King is a fun, action-packed adventure! Bringing pirates into the mix makes the plot feel unique, and there were a few surprising twists to keep the story exciting. A few parts did drag out when the writing became a bit repetitive though. Overall, I thought this was a great debut for Tricia Levenseller. Her characters were likeable and made the story a lot of fun to read. For me, the true theme of the story is what are you willing to risk for acceptance and love?