X
We're donating 100% of our ad earnings from June to The Trevor Project. Learn how you can help too.
Learn More

Kristy Mauna
"And she is the reader who browses the shelf and looks for new worlds but finds herself." - I'm a writer who enjoys telling you all about the things I love, which includes a lot of books!

REVIEW: ‘Aurora Burning’ by Amie Kaufman and Jay Kristoff is a sequel packed with a punch

REVIEW: ‘The Perfect Escape’ by Suzanne Park is a lovable YA romcom

REVIEW: ‘The Kingdom of Back’ by Marie Lu is a beautiful piece of art 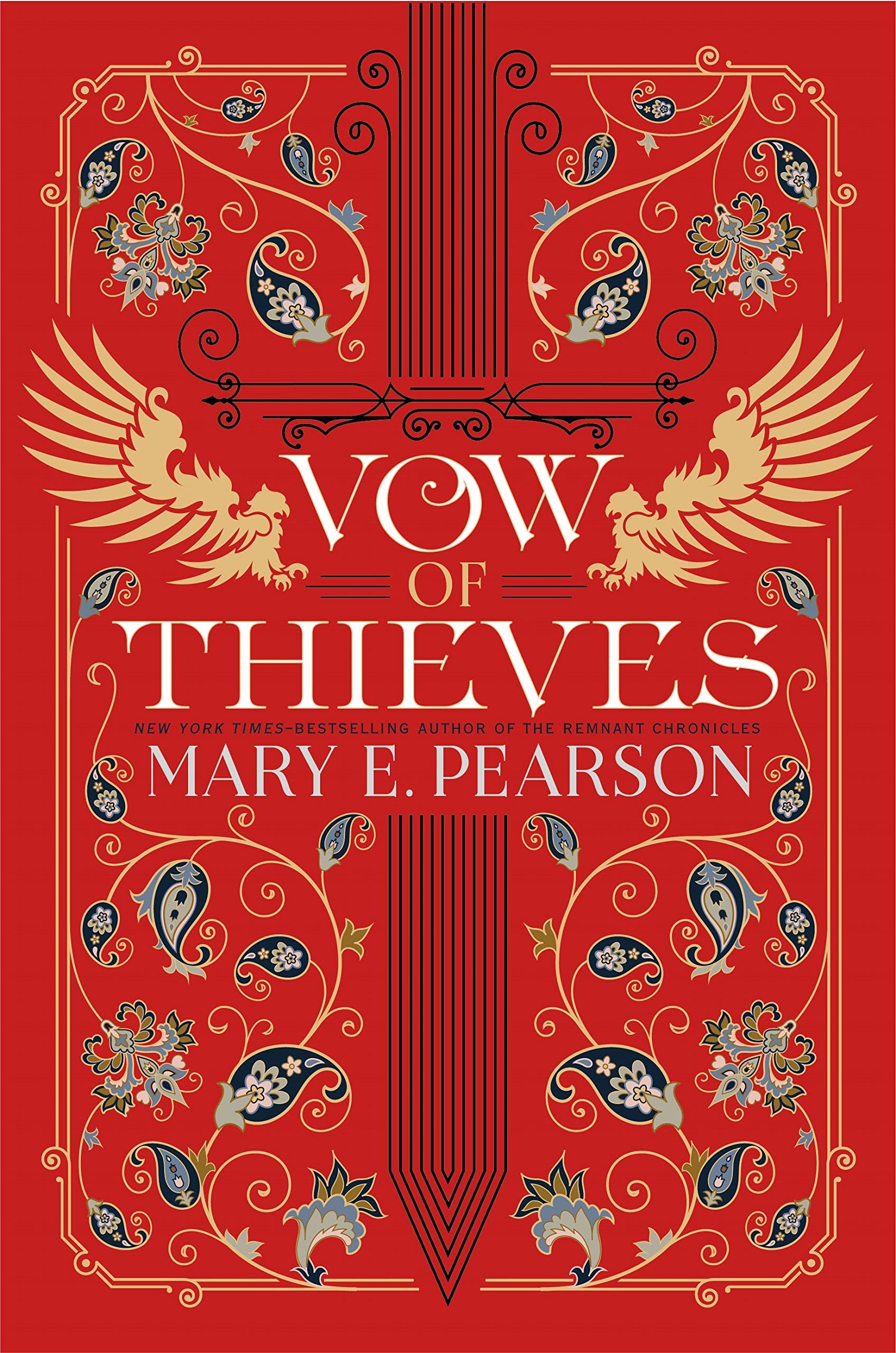 'Vow of Thieves' by Mary E. Pearson (Henry Holt and Co.)
Get ready for more heartbreaking betrayals! ‘Vow of Thieves’ delivers with a satisfying adventure and more!

Mary E. Pearson brings readers back to the world of the Remnant Chronicles and proves there is always more story to tell.

Kazi and Jase have survived, stronger and more in love than ever. Their new life now lies before them – the Ballengers will be outlaws no longer, Tor’s Watch will be a kingdom, and the two of them will meet all challenges side by side, together at last.

But an ominous warning mars their journey back, and in their rush to return to Tor’s Watch, just outside the fortress walls, they are violently attacked and torn apart – and each is thrust into their own new hell.

Unsure whether the other is alive or dead, Kazi and Jase must keep their wits among their greatest enemies and unlikeliest allies. And all the while, Death watches and waits.

Vow of Thieves begins right where Dance of Thieves left off. Kazi and Jase are returning to Tor’s Watch together and are more in love than ever. I’ve said this before and I’ll say it again: Mary E. Pearson knows how to write a captivating romance. Kazi and Jase’s love won’t disappoint readers. Through the promises they make one another, they are determined to bring forth a better future for Tor’s Watch side by side.

Upon arrival their dreams quickly vanish, though. There are no Ballengers to greet them — only bloodshed and death welcome them home. With the unexpected ambush, Kazi and Jase are separated with neither of them knowing if the other survived.

I wasn’t ready to experience so many emotions right off the gate. Like most fans of this series, I have fallen completely in love with these characters, so it was hard not to feel their pain and sorrow throughout the book.

The Remnant Chronicles is full of many strong heroines and Kazi is no exception. Her strength is heartbreaking at times because it’s grown from her need to survive in dire situations. You can’t help but root for her happily-ever-after.

Then there’s Jase who is just as amazing as Kazi. He’s a born leader and in the end he only becomes stronger from the events that take place in Vow of Thieves. There is no other person to lead Tor’s Watch.

Being separated, the pair have to depend on unexpected characters. Without spoiling who they are, I will say that a certain character I disliked from the first book is one I grew to love in Vow of Thieves. I love how well Mary E. Pearson developed them.

Kazi and Jase are tested mentally and physically through each obstacle thrown their way. There is plenty of intriguing politics, awesome action, swoony moments, and lots of drama! In the end I think fans of this series will be satisfied and happy to know there might be even more story left to tell inside this world.

Honestly I’ll read anything Mary E. Pearson writes because I’m a huge fan of hers. She has a brilliant way of engaging with her readers through her writing, and making them feel as if they are the one wielding the sword. In Vow of Thieves she manages to develop a world readers are already familiar in a surprising way. I loved every minute of reading this book!

I would recommend Vow of Thieves to readers who are searching for a fun fantasy tale!

Vow of Thieves brings readers back to the world of the Remnant Chronicles and continues to tell the story of Kazi and Jase. Fans of this series won’t be disappointed with the adventure Mary E. Pearson takes readers on in this book. With her lush writing there are even bigger twists and turns with a sprinkle of romance that will have you quickly turning the pages!

Bookmarked Bonus: Fierce feminism with author Sarah Henning (‘The Princess Will Save You’)

Red Queen Movie Update: “The team is still chugging along”

Smile for the cover: A look at People of Color on YA book cover art

REVIEW: ‘The Princess Will Save You’ by Sarah Henning is a passionate feminist fantasy

REVIEW: ‘The Weirn Books Vol. 1’ by Svetlana Chmakova is a charming adventure for young readers