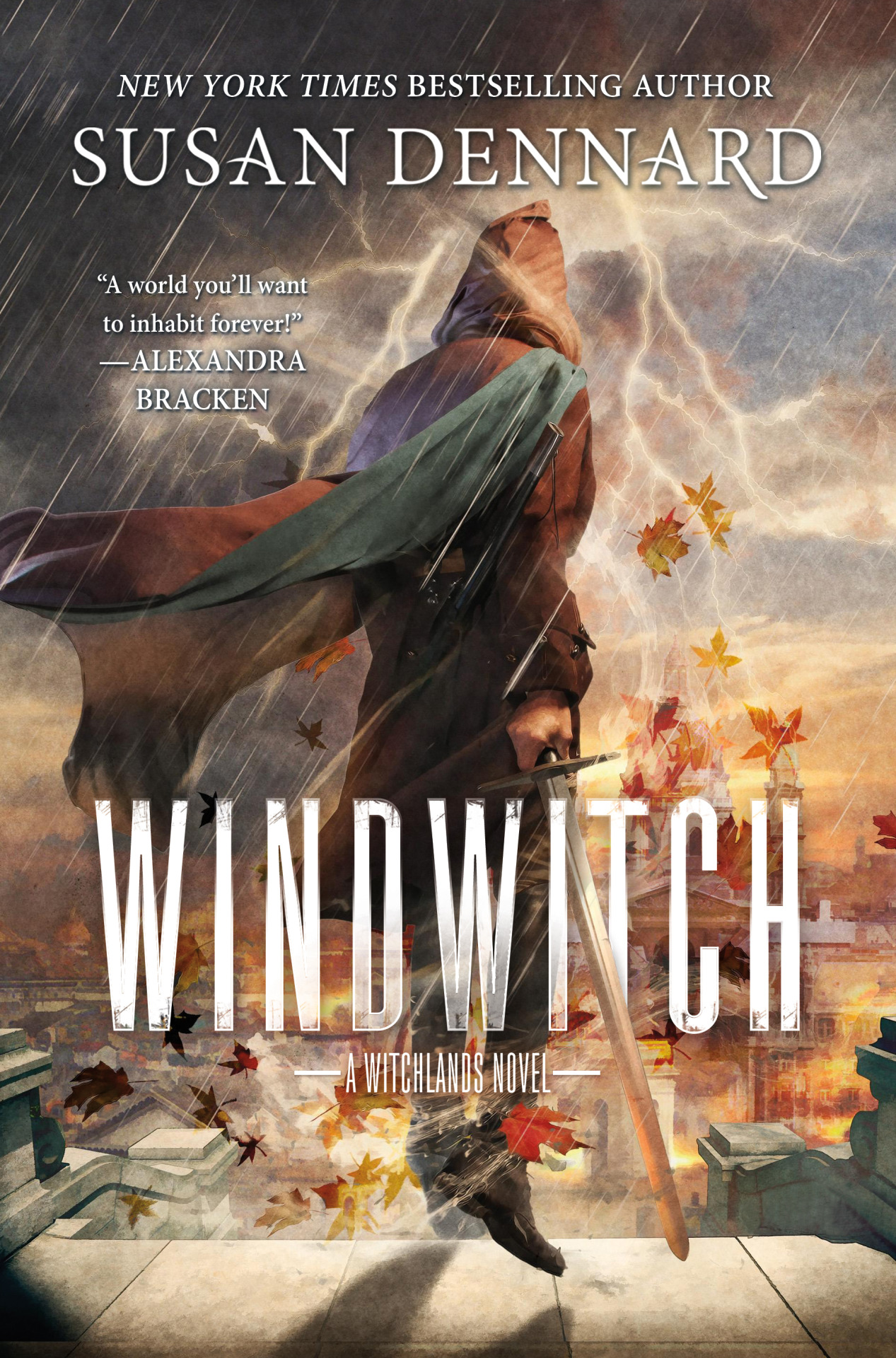 Our favorite characters are forced to survive alongside their enemies now. . . Who will betray whom first?

Our favorite characters from Susan Dennard’s Witchlands series are back fighting for their lives throughout Windwitch! As this intriguing world expands, all of their limits are continuously tested.

Sometimes our enemies are also our only allies. . .

After an explosion destroys his ship, the world believes Prince Merik, Windwitch, is dead. Scarred yet alive, Merik is determined to prove his sister’s treachery. Upon reaching the royal capital, crowded with refugees, he haunts the streets, fighting for the weak – which leads to whispers of a disfigured demigod, the Fury, who brings justice to the oppressed.

When the Bloodwitch Aeduan discovers a bounty on Iseult, he makes sure to be the first to find her – yet in a surprise twist, Iseult offers him a deal. She will return money stolen from him, if he locates Safi. Now they must work together to cross the Witchlands, while constantly wondering, who will betray whom first?

After a surprise attack and shipwreck, Safi and the Empress of Marstok barely escape with their lives. Alone in a land of pirates, every moment balances on a knife’s edge – especially when the pirates’ next move could unleash war upon the Witchlands.

Windwitch begins where Truthwitch ended. We immediately learn of the explosion that destroyed Merik’s ship, and how he barely survived himself. Now that Merik is considered a dead man, he’s set on finding out the truth behind whoever tried to assassinate him. Merik struggles in Windwitch; he’s hopeless, lost, and hurt throughout the book. He’s not sure who he can actually trust, and he’s not sure if he wants to trust anyone again.

Safi is sent on an adventure of her own alongside Vaness, the Empress of Marstok. The two of them have to work together in order to survive, and I loved what their teamwork brought to the story. They don’t have the same friendship as Iseult and Safi, but it’s still a great relationship.

Safi and Merik, who were my favorites from Truthwitch, have separate stories throughout this book. For me, I think it hurt to have them this way for so long because they were missing that spark from before. There were plenty of new characters in their lives, but they didn’t bond in the way these two did in the previous book. I’m not saying they need each other to be interesting. The two of them weren’t my favorites in Windwitch though, even when this was technically Merik’s book.

Like I said, there are a lot of new characters introduced and we get a new POV also. None of them really stood out to me, though. I only cared about our four main characters, who did continue to grow as the story progresses. They are all a bit lonely and lost, but by the end, they find the courage they need to survive.

Now, Aeduan and Iseult were my favorites. I think the blurb is a bit spoilery by telling readers that they end up working together, though. Their shared chapters were amazing because we got to see them go from enemies to allies. They have this great chemistry together, and I promise I’m not just saying that because I ship them! They make a great team as we see them battle their way across lands. Susan Dennard perfectly sets up the next book also, which is supposed to be Aeduan’s book so I’m excited!

Those sparks from Truthwitch were missing in this book. It mainly had to do with the plots being so separate and all the POVs we got. They don’t intertwine, besides Aeduan and Iseult, so I’m not sure what the future holds for these characters. Maybe that’s the point? Compared to Truthwitch, this book was just a little bit slower.

Susan Dennard’s writing is still stunning, though. There was better world building! I know a lot of people complained that Truthwitch was too info-dumpy, but that wasn’t the case in this book. It’s less confusing and everything plays well into the plots and characters.

Overall, I enjoyed this book. For me, this felt much like a “filler” book and sets up the next one nicely. I didn’t connect with Merik or Safi as well as I wish I had. Aeduan and Iseult saved this book for me, even with the addition of new characters. I’m not giving up on this series though because I enjoy this world too much! I think everyone has strong futures ahead of them!

The plot struggled to keep me interested. It was a slow read up until the last fourth of the story. Susan Dennard’s writing continues to be stunning, though, and I enjoyed all of the world building in Windwitch. I had a hard time connecting with some of the characters. Aeduan and Iseult had amazing growth, though, so I really enjoyed them in this book! Windwitch held true to who will betray whom first? Our characters were constantly tested on where their loyalties should lie. Were they choosing the right allies or not?