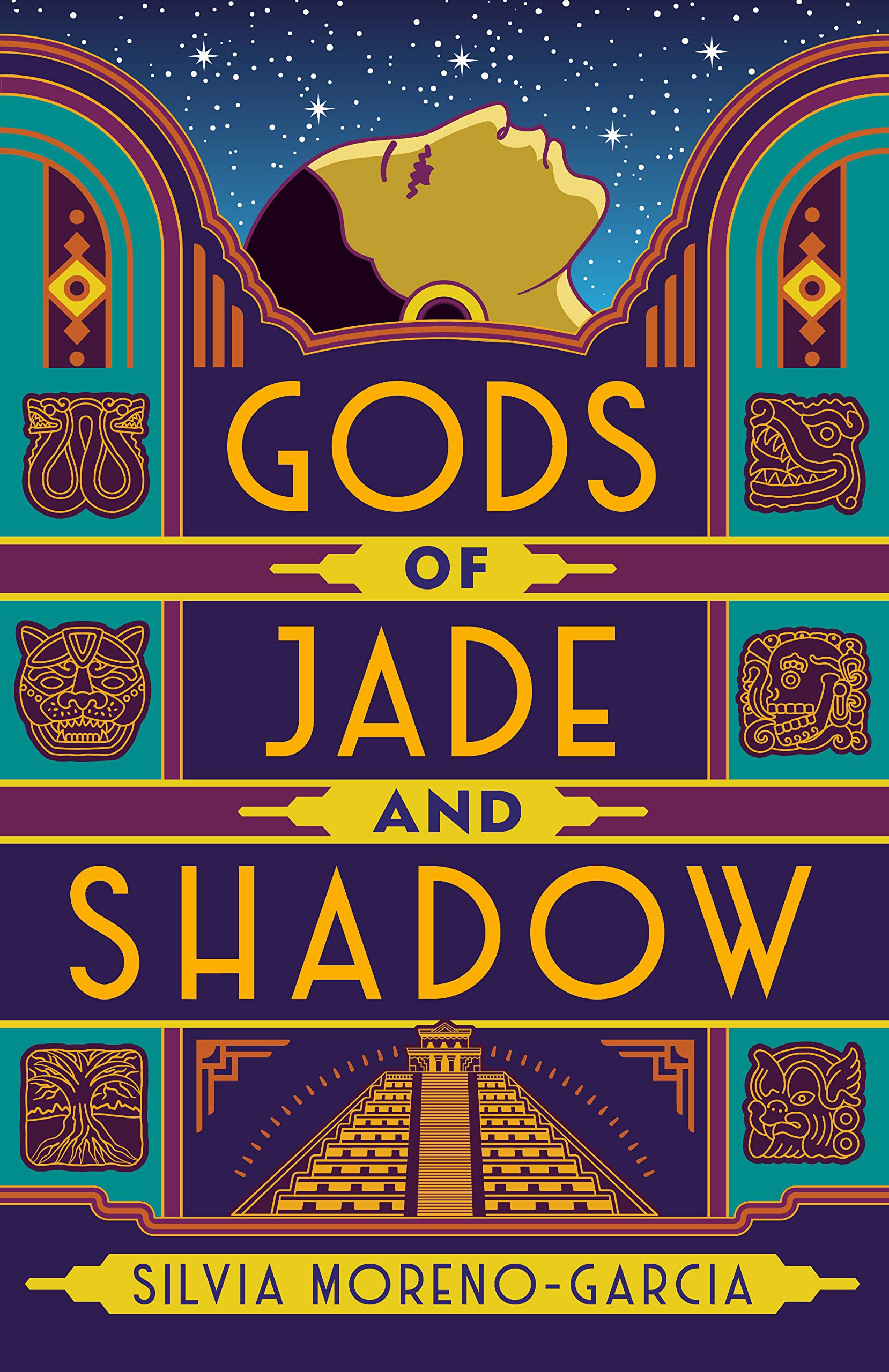 'Gods of Jade and Shadow' by Silvia Moreno-Garcia. (Del Rey)

REVIEW: ‘Gods of Jade and Shadow’ by Silvia Moreno-Garcia is a legend for the stars

Prepare to dive into Maya legend in this beautifully told story.

Silvia Moreno-Garcia’s Gods of Jade and Shadow is a story of family, pain and love — beautifully weaved through the fabric of Maya and Mexican culture.

The Mayan god of death sends a young woman on a harrowing, life-changing journey in this dark, one-of-a-kind fairy tale inspired by Mexican folklore.

The Jazz Age is in full swing, but Casiopea Tun is too busy cleaning the floors of her wealthy grandfather’s house to listen to any fast tunes. Nevertheless, she dreams of a life far from her dusty small town in southern Mexico. A life she can call her own.

Yet this new life seems as distant as the stars, until the day she finds a curious wooden box in her grandfather’s room. She opens it—and accidentally frees the spirit of the Mayan god of death, who requests her help in recovering his throne from his treacherous brother. Failure will mean Casiopea’s demise, but success could make her dreams come true.

In the company of the strangely alluring god and armed with her wits, Casiopea begins an adventure that will take her on a cross-country odyssey from the jungles of Yucatán to the bright lights of Mexico City—and deep into the darkness of the Mayan underworld.

Several months ago, I toured a museum exhibit on Maya culture in Salt Lake City for a story I was writing for The Deseret News. I was fortunate enough to be able to speak one-on-one with the exhibit’s curators from Belize as well as a few Maya women from Chiapas, Mexico. It was an eye-opening experience for me. Learning about the Maya in school, they were always set in the past — long gone. But the Maya people, including their culture and languages, are alive to this day.

One of the curators emphasized the importance of embracing Maya pride — the importance for the Maya and their descendants to understand their ancestry and celebrate their heritage which has often been diminished.

Gods of Jade and Shadow does just that. Moreno-Garcia embraces Mexico and Maya pride through her charming (though certainly dark) tale.

The story centers around four primary characters: The reluctant but strong-minded Casiopea, her ill-tempered cousin Martín, the God of Death Hun-Kamé and his cunning brother Vucub-Kamé. Yes, family plays a role here — as it often does in Latinx culture. But even more so, pain between family members takes center stage.

There’s a lot to be said about these characters, each arc marking the importance of humility, sorrow and the hope of forgiveness. But the book’s main character, Casiopea, stands a head taller than the rest. It’s hard to pin it down, but there’s something endearing about her. Or maybe, rather than something, many things.

Her tenacity. Her courage. Her compassion. Her longing to love. Her ferocity. Her faith.

In some ways, Casiopea feels like a sister — accompanied by the love, frustration and pride you would expect. Like men of old mapping legends among the skies, Moreno-Garcia has taken the brightest stars of humanity and shaped them into a beautiful heroine.

Casiopea hearkens back to those great Maya virtues of curiosity and pride. The Maya, after all, are among those who mapped the skies. And like them, Casiopea’s gaze is often pointed upward (it’s no mistake that her name is Casiopea). And though she’s forced into the conflict between Hun-Kamé and Vucub-Kamé, she carries herself with a sense of dignity, knowing her worth and never compromising her values.

That said, there are moments where the story lags. Expect a lot of travel and talking. Point A to Point B to Point C to Point D. Some readers may have trouble sifting through all of that. But the story largely chugs along, and many are sure to enjoy the story’s slow-burning romantic aspects.

It’s all tied together with vivid imagery that makes the setting and characters pop. Early 20th century Mexico feels tangible here — from its bright colors, exciting music and the distant hum of automobiles and trains riding into the frontier of a new era. The same goes for the Maya world with its nightmarish underworld and its ghostly inhabitants. The author paid careful attention to get those right.

At the end of it all, I’m left with a heart-warming tribute to the Maya and the Mexican people — one that instills pride through its inspirational heroine. It’s worth the read.

One for the stars!

+ Plot: The story drags along in some places, but there’s still enough adventure to keep the pages turning.

+ Characters: The four central characters are compelling enough. The main character, Cassiopea, is especially well done and stands a head taller than the rest.