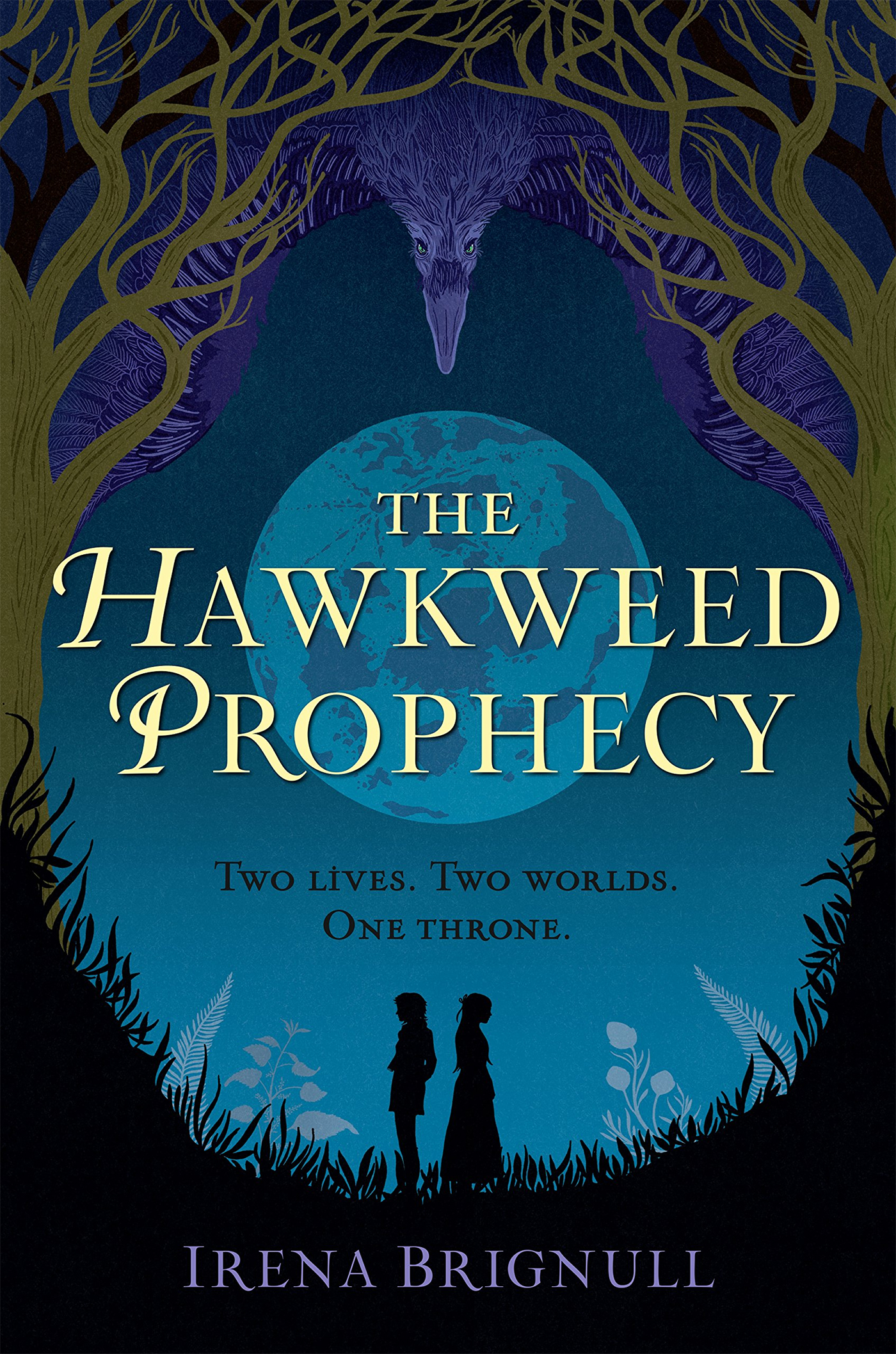 Readers will fall in love with the story of Ember and Poppy.

Irena Brignull’s debut is whimsical, dark, bright and poetic, if not a bit messy.

The babies were born as the clock struck twelve. A bat fell from the air mid-flight. A silver salmon floated dead to the surface of the river. Snails withered in their shells, moths turned to dust on the night breeze and an owl ate its young. The spell had been cast.

Poppy Hooper has managed to deceive her father into believing that there is nothing mysterious or unnatural about her. He ignores the cats that find her wherever she goes, the spiders that weave beautiful lacy patterns for her, even her eyes – one blue, one green with an extra black dot orbiting the pupil.

Ember Hawkweed is a pitiful excuse for a witch. When the other girls in her coven brew vile potions, Ember makes soap and perfume. Fair and pretty, Ember is more like a chaff than a witch. One of the Hawkweeds will be queen of the witches – but everyone knows it won’t be Ember.

When the two girls meet, Poppy discovers her powers, and finds out the truth. Bound by their unlikely friendship and the boy they both love, the girls try and find their place in the world. But the time of the prophecy draws nearer – and the witches won’t give up the throne without a fight.

The very first thing that should be said is that the book is beautifully written. The writing is lyrical and poetic. My mind was immediately transported back to the fairy tales I heard as a child, and I loved it! I suppose that’s to be expected from a writer like Brignull — she wrote the screenplay for the 2014 film ‘The Box Trolls’ as well as 2016’s adaptation of ‘The Little Prince’.

The story relies on its beautiful writing, as the plot mostly treads on basic and safe territory. Brignull doesn’t take big risks — there are no surprising twists in the story and the reader has a clear sense of where everything is heading. (Though I will say the final scene leaves the story open for an interesting dynamic that I imagine will be explored in the book’s sequel.) But for as straightforward as the plot may be, the story is satisfying. This isn’t the sort of book that needs to rely on incredible action sequences or intricate mysteries (though they would have been welcomed). The meat of the story is found in the two main characters.

Brignull’s greatest strength is her ability to forge a friendship between the young women who lead the story. Ember and Poppy — switched a birth, outliers in the worlds they grew up in — learn to admire and rely on each other in a way only best friends can. The comfort they find in their friendship isn’t unlike the bond most of us have probably experienced between the closest friends and family. This may be why these two characters are so endearing. It’s easy to see yourself and the ones you love embodied in these two girls.

While Raven — the witch responsible for Ember’s and Poppy’s switch at birth — functions well as a villain, most of the other characters pale in comparison to the protagonists. This is especially true of the story’s love interest, Leo, who becomes tangled in (and in some ways taints) the friendship shared between Ember and Poppy. I found the love triangle to be the most frustrating aspect of the book. I appreciate what Brignull was trying to do with the romantic elements, but they felt messy. The characters seemed to flop back and forth when it came to their romantic intentions, and I was weary of it by the end.

But the book’s pitfalls are easy enough to overlook. Apart from the beautiful writing and the strong protagonists, Brignull also breathes life into a magical and whimsical world. The witches in this book hearken back to the fairy tales you grew up on. The witches chant spells and cast curses. They brew potions and read from arcane books. They can be terrifying and menacing, but at times compassionate. The world mixes fairy tale whimsy with the dark realities of life. It makes for a combination that I found myself drawn towards; it was a world I very much enjoyed exploring.

Ultimately, Irena Brignull delivers a delightful tale in The Hawkweed Prophecy. The writing is beautiful, the characters are endearing and the world is both charming and dark. I would recommend this book to those who are looking for a little bit of light magic in their life.

+ Plot: Basic and at times unengaging.
+ Writing: Beautiful and lyrical, it captures the reader’s attention.
+ Characters: Readers will fall in love with the two girls at the center of the story.
+ Theme: A charming tale of family, friendship and sacrifice.