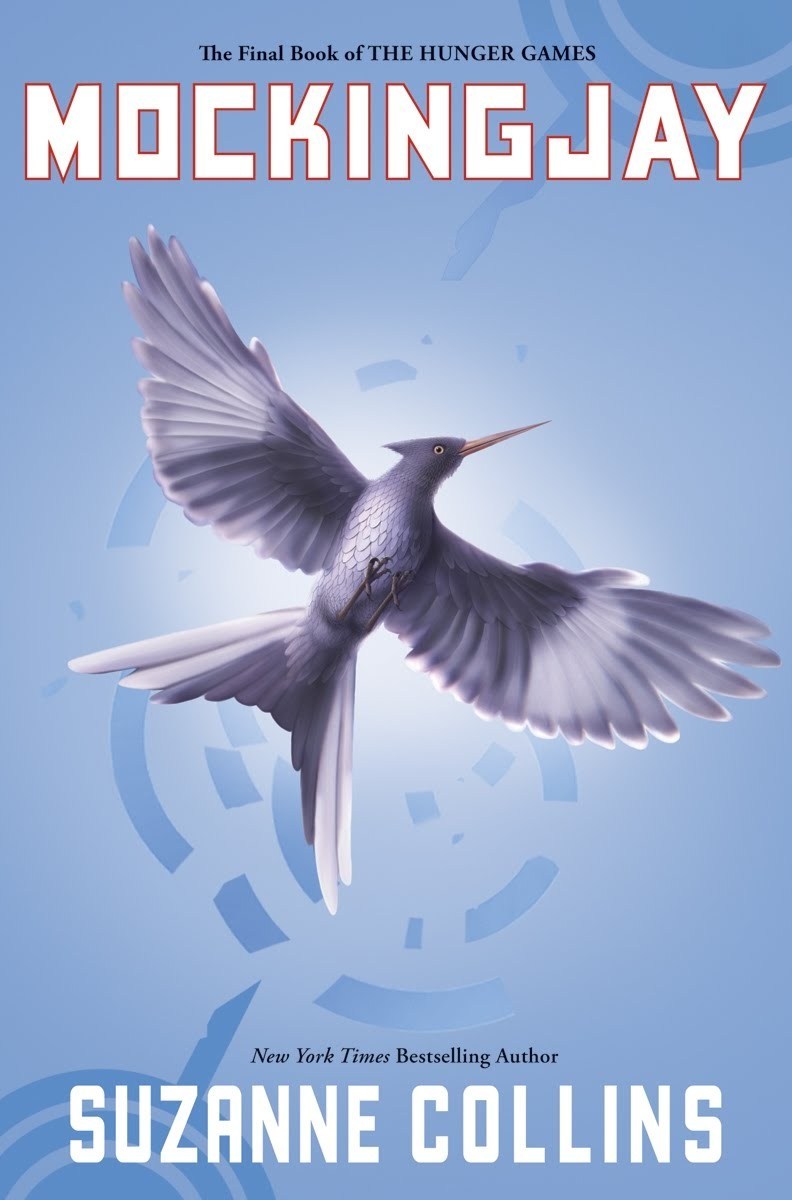 Ok, before getting to the actual review, I just gotta say that I was NOT pleased with Barnes and Noble. I’m a huge fan of B&N, but I was really disappointed when I ordered my copy of Mockingjay from them. Aside from it not arriving the day of its release, the way they packaged it […]

Ok, before getting to the actual review, I just gotta say that I was NOT pleased with Barnes and Noble. I’m a huge fan of B&N, but I was really disappointed when I ordered my copy of Mockingjay from them. Aside from it not arriving the day of its release, the way they packaged it damaged the dust jacket. I know that’s a small complaint, but I’m really careful when it comes to keeping my books in perfect condition. I’ll still shop there, but I don’t know if I’ll be ordering online from them again anytime soon…

MOCKINGJAY!! I absolutely loved this book for several reasons. It was just like the other two where Suzanne Collins has you on the edge of your seat throughout the ENTIRE novel. I’m not sure how she does it, but she does it extremely well. I would approach the end of a chapter knowing that she was going to throw in some odd twist and she always delivered.

And now onto the SPOILERS!

In my opinion, this book is disturbingly real. So many of the book series I read are always leading up to a war. “There’s a war coming blah blah save the world.” And then when the war actually comes, it sort of falls flat.  Maybe it’s because half of the books I read are Fantasy which means that they’re wars fought with magic—something beyond the bounds of reality.  But here, in Mockingjay, the war feels real, militaristic. As Katniss and the gang slowly make their way into the core of the Capitol, they talk about how they take down blocks at a time. The rebels have seized control of this block. The Capitol is still safe in these blocks. The rebels didn’t take out the whole city all at once. It is piece by piece, strategically plotted. It is a more realistic type of a raid.

And then there is the violence.

The limbs flying everywhere, the blood staining the streets. This must have been one of the bloodiest books I’ve ever read! There are going to be some people that don’t like this. I hear people criticizing J.K. Rowling for going on a killing spree in Book 7. And if you ask me, Mockingjay is a lot more graphic than Deathly Hallows. But this is what adds to that realism. Consider Suzanne Collins’s inspiration for The Hunger Games. She had been flipping between news clips of the war in Iraq and regularly programmed reality shows. Mockingjay certainly reflects what we hear about in the news on Iraq. Bombs, gunfire, sometimes innocent deaths. Her inspiration shines through in Mockingjay in an admittedly disturbing way.

While I do love this book, I think that it has a serious flaw. Gale doesn’t get proper closure. Throughout the entire book, Katniss is kissing him and then all of the sudden he just disappears? They mention him a few times. And then Katniss lets you in on how she and Peeta got together in a very matter of fact way. And don’t get me wrong, I’m totally good with her choosing Peeta, but it just felt like her decision between who she would ultimately choose was severely underdeveloped. After playing on those two relationships, Katniss was just sort of like, “Gale’s in District 2. And, oh yeah, I choose Peeta.”  Oh well.

Which is my favorite of the three? I have to say the first, The Hunger Games. Although it’s hard to choose. Each book shares trial, torment and twists that are all equally challenging yet exciting to read. Mockingjay comes in at a very close second. It’s a completely satisfying but chilling conclusion that should satisfy fans and general book lovers alike.

Mockingjay is war.  It’s realistic.  Unexpected.  It’s not exactly a happy ending, but it’s a dang good one.