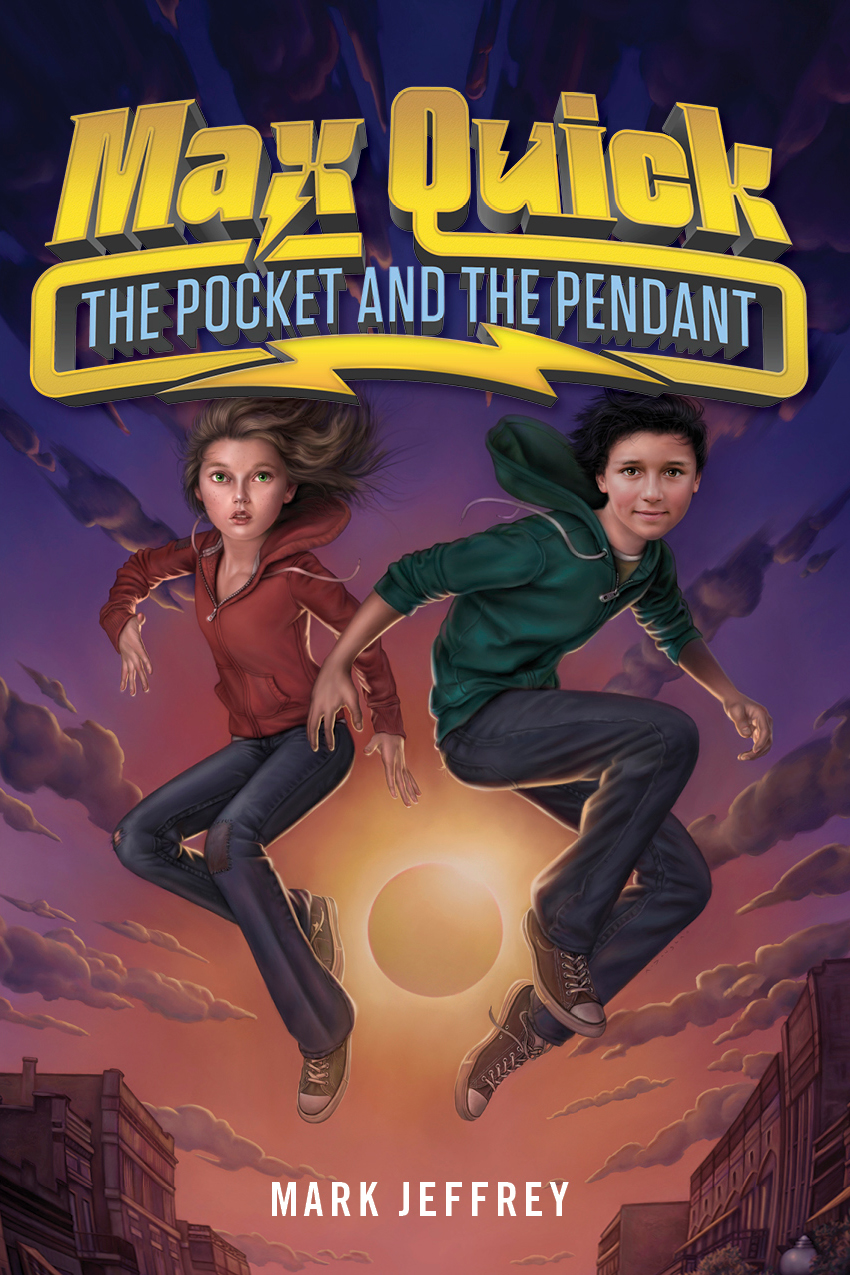 Before I began writing Space Dog (this was sometime in 2006), I was almost certain that I was going to self-publish.  I had my options narrowed down to two services: Lulu and AuthorHouse.  I investigated both Lulu and AuthorHouse, taking a look at their prices, offered book types, distribution options and the books that were […]

Before I began writing Space Dog (this was sometime in 2006), I was almost certain that I was going to self-publish.  I had my options narrowed down to two services: Lulu and AuthorHouse.  I investigated both Lulu and AuthorHouse, taking a look at their prices, offered book types, distribution options and the books that were actually being published by them.  I particularly searched for the types of books that I knew that I would like to read, Young Adult novels.  On Lulu, I noticed one particular book that was getting a lot of attention: The Pocket and the Pendant by Mark Jeffrey.

Max Quick Book 1: The Pocket and the Pendant by Mark Jeffrey

The premise immediately peeked my interest: “WHEN TIME mysteriously stops, young Max Quick must travel across America to find the source of this ‘temporal disaster'”

To my surprise, I found that the book was actually available for free as a podcast audio book – a podiobook.  I checked it out, still unsure of what to expect.  Although the podiobook and paperback book were receiving favorable reviews, I was still aware that they hadn’t been produced by a major book publisher.  Still, I took my chances.  I downloaded the first two audio chapters of the Pocket and the Pendant.  That night, I hooked my mp3 player up to the CD player next to my bed and began listening to the book with my brother.

Now, I have to be honest, the music threw me off at first and I almost shut it off – it was just too unusual in my mind.  However, to my surprise, I found that I came to like the music.  A few minutes into the book, and it suddenly seemed appropriate.  I look at it now and sometimes wish that all audio books would be accompanied with a soundtrack.  (The P&P music, by the way, was done by Bjørn Lynne, who I looked up upon completing the audio book).

Back to the original point:  the story.  Max Quick is an orphan without a past – or so he thinks.  Upon bumping into an elderly woman who seems to recognize him, Max finds that his world is turned upside down.  Time simply stops.  However, Max is left unaffected and he finds that there are others who aren’t frozen either.  Max meets Casey Cole and both of them set out to investigate the issue behind the time stop.  They learn that there are even more kids who aren’t frozen and eventually team up with Ian Keating who has a theory behind the time stop: aliens.  Max, Casey and Ian are suddenly involved in a terrifying plot involving an alien race.  As all of this happens, Max begins to unravel his mysterious past and destiny, which could be the key to saving their world.

The book didn’t really grab me until the heroes meet “Mr. E,” who they believe holds all of the answers to their questions.  This particular bit is a farther along in the book, so I don’t mean to say that I was uninterested in the first eight chapters (trust me, I was loving the book by this point).  When I say “grab,” I mean that it wasn’t until this point when I KNEW without a doubt in my mind that this book was going to be one of my favorite books of all time.  I was simply fascinated by the way Mark Jeffrey took history from the Sumerian civilization and weaved it into his story.  From this point onward, I could NOT stop listening.  Prior to chapters nine and ten, I had been spreading the chapters over a couple weeks, but now, I was determined to finish as quickly as possible.

When I finished the book, I was left stunned.  The ending had been a mind blower.  The sheer brilliance of the twists and turns that led up to such an explosive ending were still swarming in my head.  I immediately told my friends about the book and talked about it nonstop.  I had listened to the book, now I wanted to know more about the author.  I found Mark Jeffrey’s blog and learned that he had just completed writing the second Max Quick book, The Two Travelers.  I was, of course, ecstatic upon reading the news. 577 pages!  I nearly dropped dead – not because I was sad to see it so large.  On the contrary, I was overjoyed to know that it was going to be a thick book (I like big books) – it merely meant more Max Quick.

In my excitement, I contacted Mark, asking about the availability of a hardcover copy of P&P and expressing my excitement for TT.  I wasn’t expecting a reply.  Even though I had sent the email, in my mind, I figured that an author like him wouldn’t want to bother with a kid like me.  Boy was I wrong.  I got a response back that very day, assuring me that a hardcover was in the works, along with a question: would you be willing to read the next book in the series ahead of time?

I remember my heart racing as I typed a huge: OH MY GOSH! YES!  The book came about a week later.  On a trip to Flagstaff, Arizona, I read almost the entire book.  There truly was no question anymore: Max Quick was and forever would be one of my favorite books of all time.

The Two Travelers takes place a few years after the story in The Pocket and the Pendant.  After witnessing an odd event in a grocery store parking lot, Max, Casey, Ian and Sasha Fwa (a character introduced in the first book who later joins up with the trio) are off on another adventure – or should I say two adventures?  Max and Ian travel back in time to 1912 while Casey and Sasha attempt to find Mr. E., which leads them to the old west.  Shocking surprises are even more present in the sequel than they are in P&P, which makes for an even more exciting story.  The characters have matured greatly in this book which I imagine pleases a lot of the older readers.

The Two Travelers is definitely the better of the two books, but both are brilliant in their own ways.  It would be a shame to just read one and ignore the other.  With that said, I think it’s only fair for me to add that my favorite chapter out of both books is in The Pocket and the Pendant: Chapter Nine, The Isle of the Dreamtime.  The image of Enki sitting in a chair watching television will be preset in my mind forever.  🙂

In my reviews, I would normally place a link to where you can buy the books; however it would be a pointless thing to do for these two books because after tomorrow, The Pocket and the Pendant and The Two Travelers will no longer be available for purchase.  Trust me, this is anything but bad news.  On August 20th (barely two days ago), Mark Jeffrey announced on his Twitter account that the first book, The Pocket and the Pendant, will be published by HarperCollins.  The book is scheduled for a release date of Spring 2009.  If you never had a chance to read the books before now, I feel really bad for you!  You’ve missed out on something amazing.  However, if and when you do pick up the first Max Quick book in 2011, you’ll find that the story will be well worth the wait.

I’ve said it many, many times, I know, but it still stands true: Mark Jeffrey is one of my all time favorite authors.  Max Quick sits next to Harry, Bella, Artemis, Katniss and Lyra on my bookshelf.