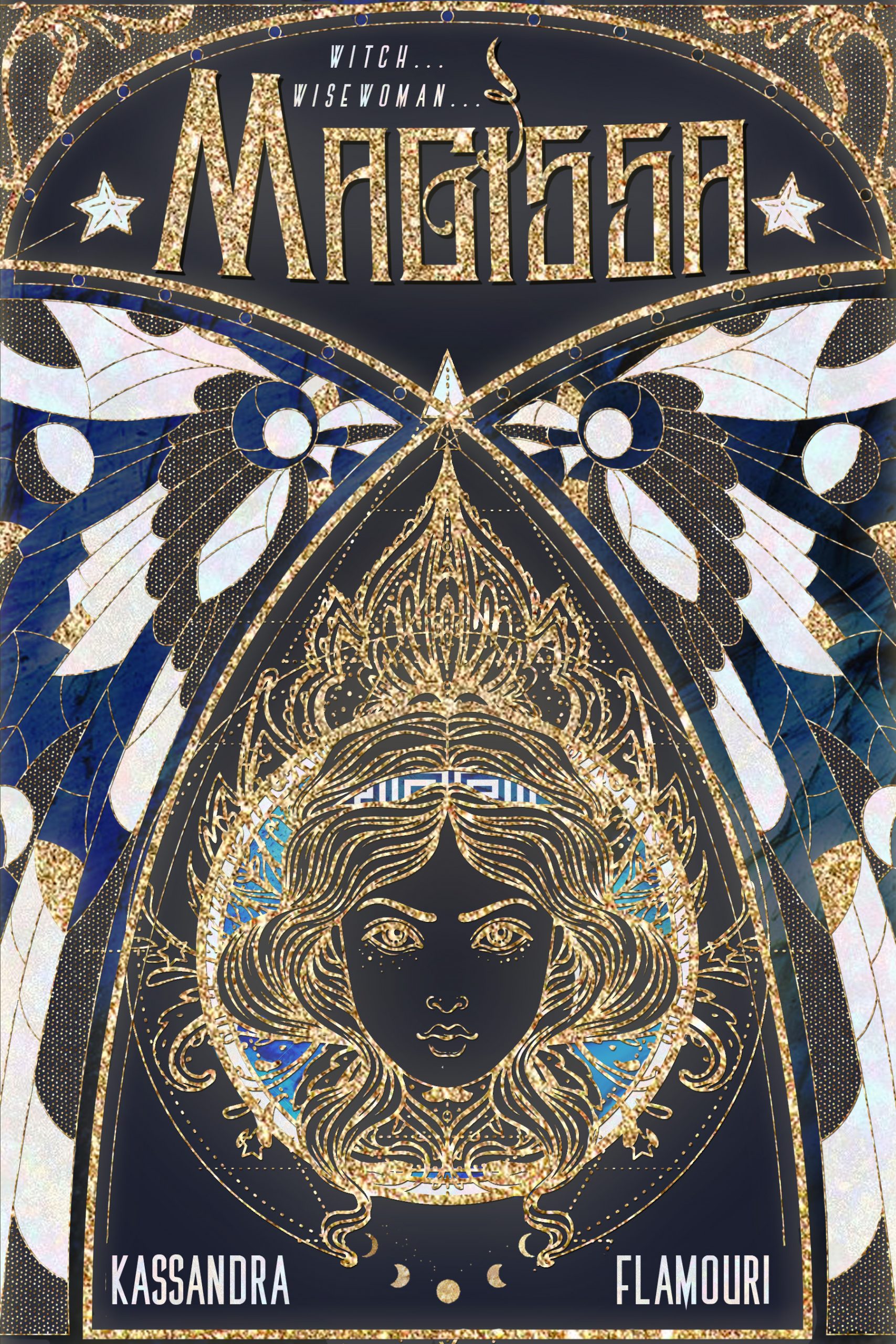 Chrysa must be ready to lose it all in order to save the world.

Magissa by Kassandra Flamouri gives us a fiery but flawed portagonist as Chrysa sets out to harness her power and avenge her parents.

For as long as she can remember, Chrysa Markou has longed for Pyrga, her native village in the mountains of Greece. But she never thought she would return like this — an orphan, crushed by grief and wracked with guilt over her parents’ deaths. Even surrounded by family, she feels like a xeni — a foreigner. A stranger.

All she wants is to belong, but Chrysa instead finds herself beset by vicious gossip, family secrets, and a magical heritage that could derail the future her parents wanted for her. To make matters worse, the one responsible for orphaning Chrysa has returned to unleash a reign of supernatural terror over her new home.

With the help of a handsome but moody Seer and a pair of burly guard dogs, Chrysa scrambles to protect her village from an onslaught of dark creatures commanded by her parents’ murderer. As the noose of the killer’s malice draws tighter, Chrysa grapples with festering doubts: Is she the victim, the hero…or the true cause of her people’s suffering?

Triumph over evil seems worth any cost, until it threatens to unravel everything Chrysa believed she was fighting for.

When I came across this book, I knew I had to read it — if only for the Greekness of it all. Kassandra Flamouri gives her readers a fish out of water story of a girl who needs to overcome her grief and fear in order to save the world.

As a 16-year-old who’s just lost her parents, grief weighs heavy on Chrysa as she finds herself trying to make a life in a village she’s been away from for 14 years. As a character she’s full of flaws, being impulsive, stubborn, a little bit paranoid and a perfectionist, and it takes her much of the book to work on those until she can truly become a pillar of her new community. Though her journey is remarkable, she is constantly plagued with self-doubt that affects her judgement — something I thought was very characteristic of a 16-year-old character, especially one that has to learn to navigate the world through constant grief.

The secondary characters around her, her Yiayia, her uncle Giorgos, Bilal, Alexis, become her support through her journey to heal and her quest to win over the townsfolk. The shiny, new American Chrysa is met with gossip and the occasional suspicion of a Greek village reluctant to accept change. Her alienation from them grows stronger as the one responsible for her parents’ death wreaks havoc on her friends and neighbours in a winning bid to isolate her.

Kassandra Flamouri does an incredible job of capturing this sense of apprehension of outsiders that Greek people have. Chrysa, Litsa and Bilal all face different degrees of xenophobia from those around them that make for a hard read, yet poignant scenes in the book. The way she handles this along with the themes of grief and LGBTQI+ relationships in hostile environments are exemplary of her ability to write well.

Magissa by Kassandra Flamouri sucks readers in from the very first chapter as the first funeral of the book is portrayed in a rushed, confused daze that reflects Chrysa’s state of mind. Flamouri continues to do this throughout, adapting the pace well as some chapters barely last an afternoon while others see months go by. I also appreciated her constant use of Greek words and folklore. This isn’t the Greek Mythology many outside of the country are familiar with, but more modern folklore from the past few centuries. Flamouri does a good job of explaining any foreign words through context, especially in dialogue scenes, so it’s worth paying attention to them as the book lacks a glossary.

Plotwise, in Magissa, Flamouri deftly uses some of the fantasy genre’s favourite tropes. Through character studies and a very unique setting, the chosen one’s tale of revenge after their parents’ death is given a unique twist.

Finally, Magissa by Kassandra Flamouri is a tale of grief, change and healing that sucks readers in. Flamouri does a commendable job familiarising her readers with Greek terminology and folklore, while she also weaves very real themes of xenophobia and feeling like an outsider, all wrapped in a magical setting. Chrysa’s tale is a poignant one, and an excellent standalone.

A tale of magic and healing