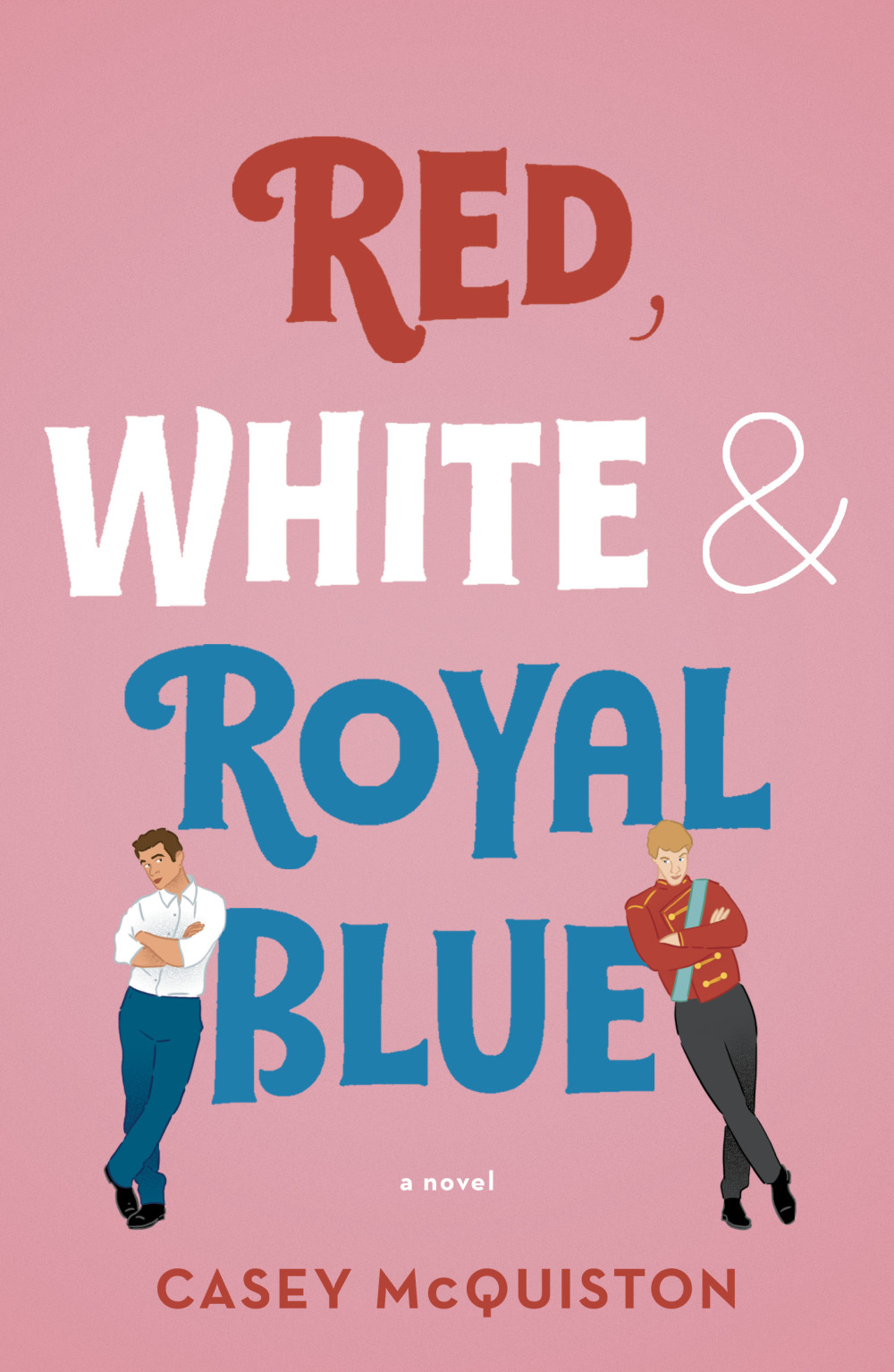 REVIEW: ‘Red, White and Royal Blue’ by Casey McQuiston delivered on everything it promised

Casey McQuiston gives us the escapist fantasy we all deserve.

With June being Pride month, there’s no better time to read Red White & Royal Blue by Casey McQuiston: a rom-com delivered to you in book form.

First Son Alex Claremont-Diaz is the closest thing to a prince this side of the Atlantic. With his intrepid sister and the Veep’s genius granddaughter, they’re the White House Trio, a beautiful millennial marketing strategy for his mother, President Ellen Claremont. International socialite duties do have downsides—namely, when photos of a confrontation with his longtime nemesis Prince Henry at a royal wedding leak to the tabloids and threaten American/British relations.

The plan for damage control: staging a fake friendship between the First Son and the Prince. Alex is busy enough handling his mother’s bloodthirsty opponents and his own political ambitions without an uptight royal slowing him down. But beneath Henry’s Prince Charming veneer, there’s a soft-hearted eccentric with a dry sense of humor and more than one ghost haunting him.

As President Claremont kicks off her reelection bid, Alex finds himself hurtling into a secret relationship with Henry that could derail the campaign and upend two nations. And Henry throws everything into question for Alex, an impulsive, charming guy who thought he knew everything: What is worth the sacrifice? How do you do all the good you can do? And, most importantly, how will history remember you?

From the characters and the story to the tropes used to propel the plot, Red White & Royal Blue was a sheer delight to read.

The story is captivating. Casey McQuiston gives us a world where the USA didn’t slip into a regressive government, instead being lead by a fierce female president with an ambitious son and a firecracker family. It’s also an accepting world full of LGBTQ+ representation that goes beyond the relationship developing between Alex and Henry. Red White & Royal Blue offers a wide variety of sexualities that are seamlessly integrated into the story, while Alex’s own journey was heartwarming, hilarious and relatable.

McQuiston also takes time to remind us of historical figures that deviated from heterosexual standards through quotes in the emails between Henry and Alex, which I found was a lovely addition to the book as a whole.

This historical aspect is reflected upon by Alex, who wants to make his mark. At first this comes through as political ambition — he’s hardworking, incredibly dedicated, and arrogant. I didn’t initially like that about him, but the more I got to know him the more his character grew on me. Henry, on the other hand, captured my attention the first time he was introduced. In many ways he’s the opposite of Alex, but as they both grow together his character really comes out of his shell. However, it was Alex’s character development that was my favourite. Without spoiling too much, it was brave, cathartic and allowed him to break away and discover his own person.

The book wouldn’t be complete without the secondary characters. Nora, June and Pez are the kind of friends that make up a dream squad, whereas the more grown up characters provide structure and balance all while being incredibly entertaining to read through.

Red White & Royal Blue is very well written and easy to read. At first I was wary of how the events would unfold because I am not a massive fan of insta-love, but I found the plot to happen far more organically than I had anticipated. The glimpses into the past enrich the story and complete the characters while the incorporation of different types of media change the pace every now and then. In regards to the texts, the extra mile of effort that went into giving each character their own texting style was just the cherry on top.

Red White & Royal Blue by Casey McQuiston truly had it all. It made me laugh, it made me giddy, it even made me tear up and I couldn’t put it down for the life of me. I would recommend it wholeheartedly to any readers who are the tiniest bit interested in what it’s about. Whether it’s the romance genre, or the LGBTQ+ aspect, this book does it very well.

Editor’s note: There are sex scenes in the book. They’re not explicit, the acts themselves aren’t detailed but it’s clear what is happening.

A romcom in book form

Red White & Royal Blue celebrates the LGBT+ people of the world with a story that’ll make you feel all warm inside.