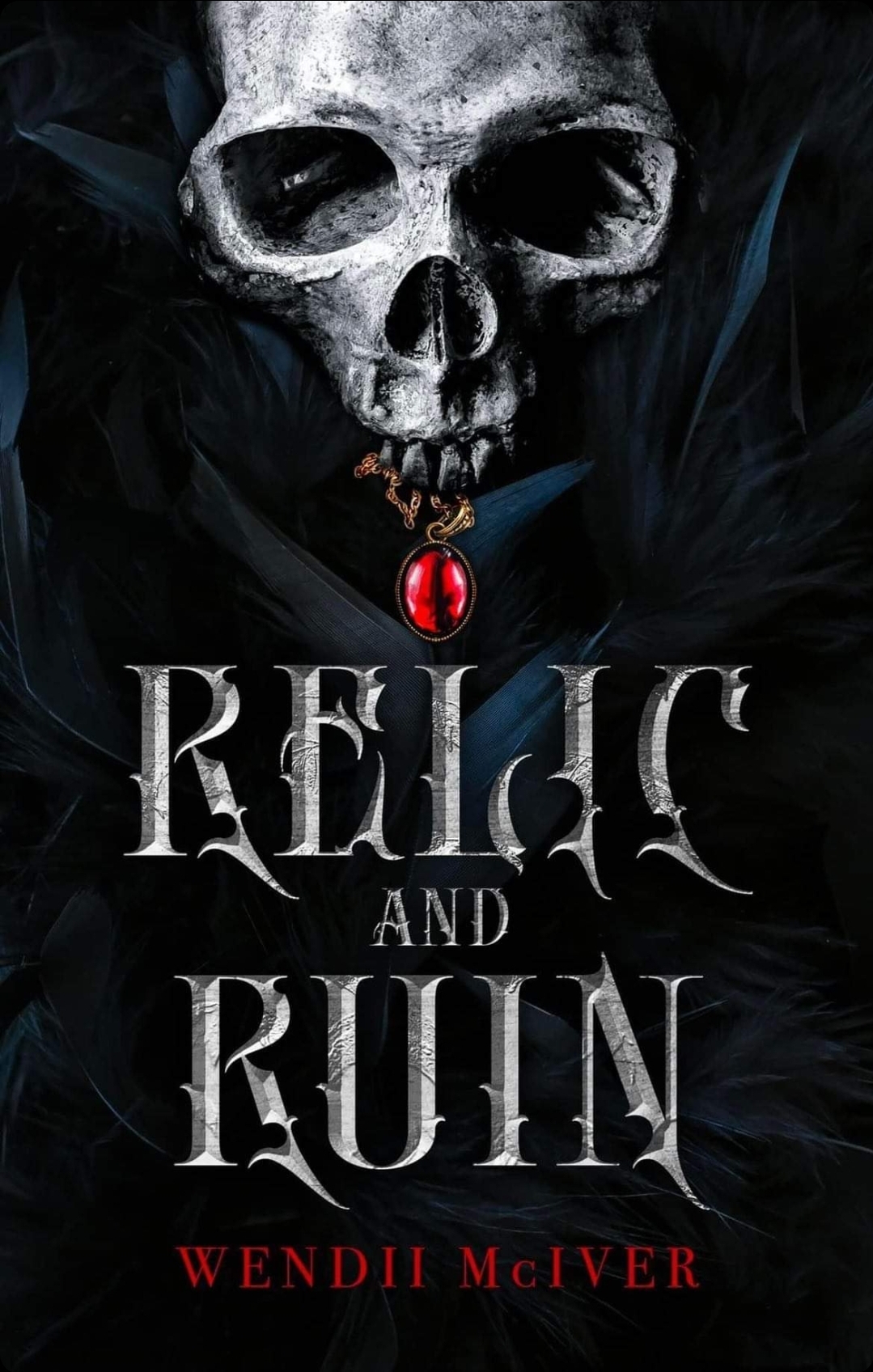 REVIEW: ‘Relic and Ruin’ by Wendii McIver blew me away

A powerful debut about familial, platonic, and romantic love delivered in page-turning fantasy.

When the world of Necromancers and Reapers comes to a tipping point, Nyx and Erebus become the catalysts that could save it—or destroy it in Relic and Ruin by Wendii McIver

In a place unlike any other, two brothers set off an ancient, epic, and never-ending battle. This world is controlled by the Necromancers and Reapers—one side pulls people back up through the earth, and the other cuts them down again. One ancient family, the Laheys, have been tasked again and again with keeping the balance between the worlds. And Nyx Lahey, born a Necromancer, but raised a Reaper, is on the front lines. Lately, though, Nyx is wrestling with her identity as she’s thrown into an adventure filled with prophecies and the kind of danger you can cut down with a giant scythe.

While chasing a creature that’s killing young girls, Nyx runs headlong—and gun drawn—into Erebus Salem. A hunter who has the ability to turn into a raven to escape danger, Erebus also harbors a secret: he’s not alive. He lives in Dewmort, a world in-between, where the souls of the dead reside, and where memory is all but erased. With no memory of who he is, his only connection to the past is a locket which ends up in Nyx’s hands. Determined to get it back, Erebus and his friends set watch on the Laheys, but they aren’t the only ones.

Other beings are lurking in the shadows. They know the truth about Erebus and Nyx. They know that the pair are the Relics, the only two powerful beings in the world capable of taking down the greatest evils known to any kind. Soon, Nyx and Erebus become the hunted, and must try and escape the evil plans of the war lord, Bellum.

Bellum wants the Relics for his own purposes. He needs them to raise his father, the original Necromancer, Neco. With his father by his side, Bellum believes he can rule the world—all of them—and destroy the Reapers once and for all.

Can Nyx and Erebus master their new found powers, and even if they do, can they survive?

When Nyx pistol-whips a strange boy on a hunt and steals his locket, she hardly realises she’s set off a chain reaction that will upend her life as she knows it. As a Lahey, Nyx has spent her entire life being shunned by other Reapers, and doing her best to diminish her Necromantic powers, when the council reveals that she must embrace them in order to save the world. Following her on this journey had its emotional highs and lows as she faces constant obstacles and loss before she can become a true Relic. As a whole, Nyx is a very trusting character. She accepts most of what she’s told without pushback, including going to a separate dimension and her Relic status, while she’s also incredibly strong throughout it all.

On his side, Erebus is on a quest to fill the holes in his memory. When the council approaches him with a promise to do just that, he can’t help but follow. He is mildly more dubious about the whole thing than Nyx is, but his rapidly resurfacing previous life stamps out any doubts. Like Nyx, he becomes a bit of a tragic character as he also faces loss both old and new, during Relic and Ruin.

With alternating POVs, we get the full scope of Erebus and Nyx’s character arcs and, more importantly, feelings towards each other. Their relationship develops slowly, almost uncertainly, in a way that allowed me to savour it. In fact, I wasn’t even sure where it was going for most of the book which made the ending of the book even more exciting.

While their relationship is central to the story, it does take a step back to allow the plot to shine. McIver grips her readers in the first few scenes and she keeps that going throughout the book. While it does have some pacing problems here and there, the mounting tension more than makes up for them, as does how intriguing the whole thing is. Relic and Ruin was not straightforward like I expected, instead McIver embellishes the classic ‘YA protagonist is whisked away to save the world’ in a way that makes it stand out, which she also does with the world she builds.

Relic and Ruin by Wendii McIver is set in a world where Necromancers and Reaper fight each other for eternity, but there is also so much more. Taking inspiration from folklore all over the world, Wendii McIver builds a multi-dimmensional world with at least three dimension. The one in between, where most of the action takes place, is expansive and incredibly immersive. McIver’s descriptions bring everything to life without weighing the book down, and make me want to know so much more about it all.

McIver’s writing is fantastic, especially considering she’s a debut author. It’s descriptive in places but punchy in others and overall very engaging in a way that never bored me. I was surprised to find out Relic and Ruin started on Wattpad, as McIver takes the clichés that can bog those types of stories down and turns them into strengths.

Finally, I enjoyed Relic and Ruin by Wendii McIver immensely. Even weeks later, I can’t get it out of my head and I cannot wait to read the sequel. The characters and the lore in particular have stayed with me, while that ending had me on edge for day afterwards. If the blurb intrigues you even a little, I cannot recommend this book enough!

Stayed with me for weeks