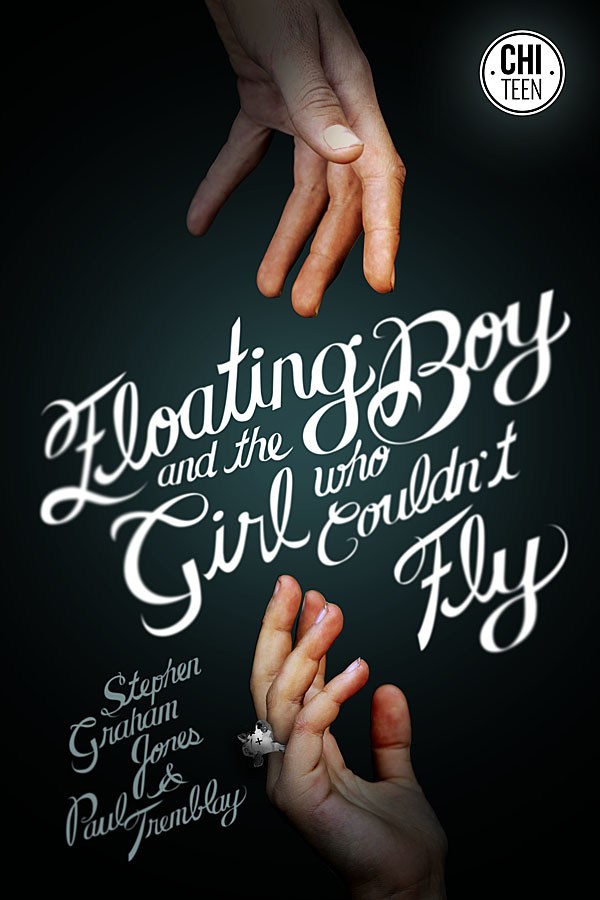 REVIEW: The Floating Boy And The Girl Who Couldn’t Fly by P.T Jones

Perfect for a rainy day.

Original, Unique and Fun. The Floating Boy And The Girl Who Couldn’t Fly is simply stunning in its own way.

Mary’s life is going fine. Except for being a freshman in high school. And having anxiety attacks. And her dad having no job. So, introduce one boy who can fly, kidnap the little brother she’s supposed to be babysitting, and drop a military quarantine on her town and that should make her anxiety completely disappear, right? Wrong!

So this book is actually a collaboration between two authors: Stephen Graham Jones and Paul Trembly. We begin by being introduced to Mary, a 14 year old girl from Ipswich, Massachusetts who is battling anxiety with her ‘zombie pills’ as she calls them. Despite this, she is always happy and quite funny at times. When we first meet Mary she is chilling at a family party when she witnesses some random boy show up and then float away. Mary then unintentionally befriends the ‘Floating Boy’ in a wild quest to save her brother, in which she ends up taking on a the military to do so. What makes this story so great is that Mary is so relatable. The story does not at all focus on Mary’s, or ‘Mare’s’ as her best friend calls her, anxiety, that is only a small part of the story.

So the plot. The plot of this story was simple and very strange. Only a talented writer could pull it off, or two! The plot was perfectly paced for me. I never got bored with the story and I often found the book hard to put down! There were some minor parts I thought could have been better, but overall it was a really well thought out plot. I don’t want to reveal too much of the story because I believe it is best to go into this book without knowing much. I went into it knowing basically nothing at all. The plot contained a wide range of settings and emotional twists that really help make this story great. Without the skills of Jones and Trembly, this book would not be anywhere near as amazing as it is.

The Characters that populated this story, to me, were really fun and relatable! Their reactions to situations were extremely realistic and emotionally perfect. they were by no means one-dimensional and were emotionally charged to the max! This was my first experience reading both Jones and Trembly work and, no way will this be my last. Again, I don’t want to reveal any of the characters as their development and appearances throughout the book are important. But I will say this: Mary’s character development throughout this book is amazing.

The Writing. As I said before, only a skilled writer could pull off something like this. So, Jones and Trembly must be very skilled writers. They took such a simple but strange idea and made it work. The writing is in first person but it is written in a way that you get to see things from the perspective of all the characters. It is just perfect.

This is a short review I know, but it is a short book! And also, I don’t want to reveal too much to you. I encourage you to pick this book up and give it a go! It won’t take you long to read and it will, hopefully, be enjoyable for you!

I forgot to mention this book isn’t released yet! It will be released in Novemeber so you can get your copy then!

It’s contemporary meets floating and it’s nothing but fun to read! Pick it up on a rainy day!